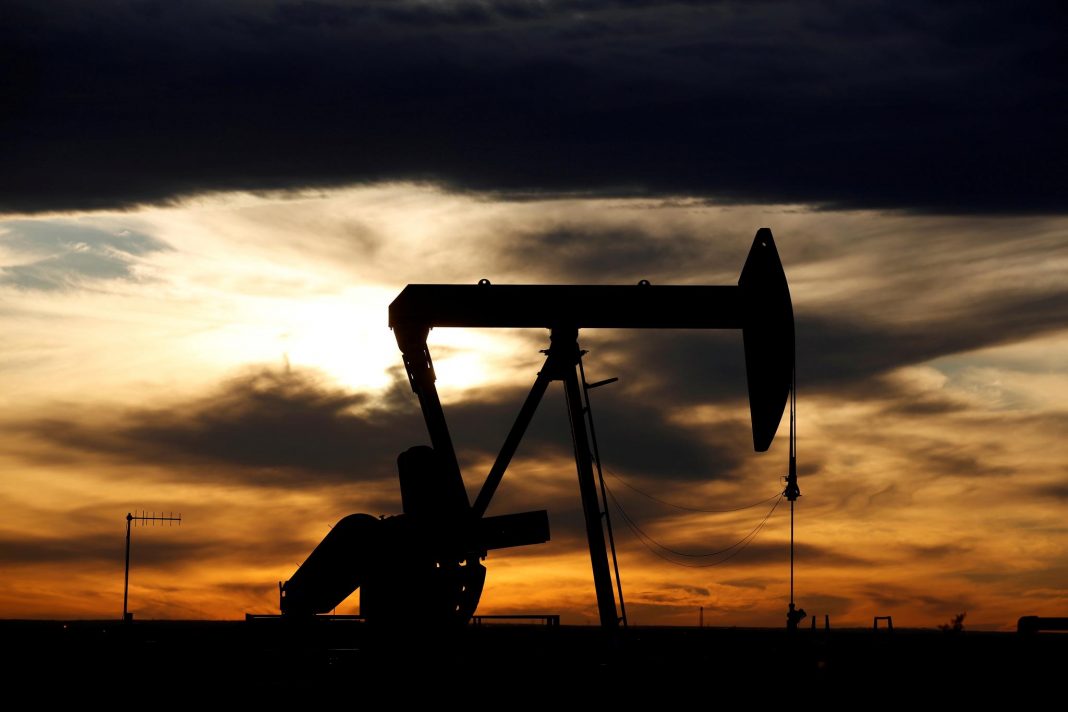 More than a quarter of U.S. offshore output was shut on Tuesday due to Hurricane Sally. The American Petroleum Institute on Tuesday said crude inventories fell 9.5 million barrels, rather than increased as analysts expected.

“Overnight, the API provided a further injection of bullish impetus,” said Stephen Brennock of oil broker P.M. “As much as a feel-good factor appears to have returned to the oil market, underlying fundamentals remain far from supportive.”

The storm-related shutdowns may help reduce stockpile although refineries were also closed, cutting demand. Official Energy Information Administration stocks data, which does not always confirm the API figures, is due at 1430 GMT. [EA/IS]

“Oil prices were lent further support by the API and the weather,” said Commerzbank analyst Eugen Weinberg. “Despite an unfavourable fundamental and technical backdrop.”

Oil prices collapsed to historic lows as the coronavirus crisis hit demand. A record supply cut by OPEC and its allies, known as OPEC+, and an easing of lockdowns has helped Brent recover from a 21-year low below $16 in April.

Prices have dropped in September, pressured by rising virus cases and concerns about demand. The Organization of the Petroleum Exporting Countries and International Energy Agency have both cut their demand outlooks this week. [EA/MI][OPEC]

A panel of OPEC+ oil ministers meets to review the supply pact on Thursday and is unlikely to recommend further output curbs despite the price drop, sources told Reuters.