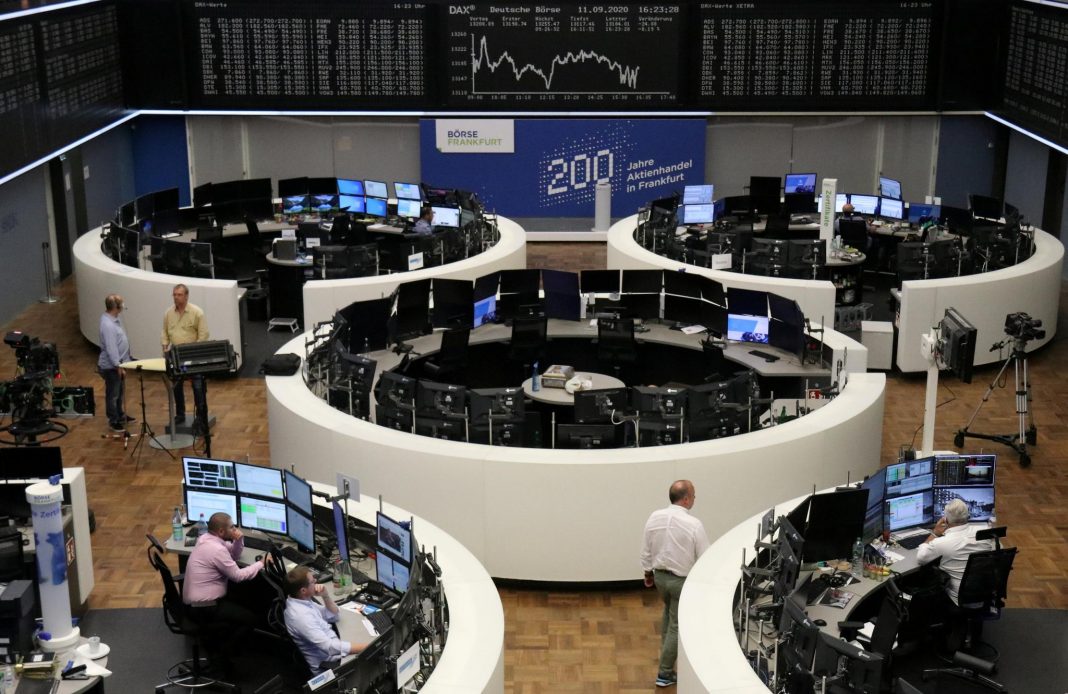 European stocks struggled for direction on Tuesday, with banking shares declining ahead of the U.S. and UK central bank meetings this week, while Sweden’s H&M surged after reporting a better-than-expected profit.

Shares in the world’s second-biggest fashion retailer HMb.ST jumped 12.0%, on track for their biggest gain in almost six months, after its preliminary quarterly profit was better than expected and it signalled a better recovery from the pandemic.

Markets remained rangebound ahead of the conclusion of the U.S. Federal Reserve’s monetary policy meeting on Wednesday, the first since Chairman Jerome Powell unveiled a shift toward greater tolerance of inflation, effectively pledging to keep interest rates low for longer.

“It would be of no surprise if an expectedly uber-dovish FOMC re-energised the buy everything FOMO trade to some degree,” wrote Jeffrey Halley, senior market analyst at Oanda.

“We can expect more range trading ahead of the decision.”

The Bank of England is also set to meet on Thursday, and likely to signal that it is getting ready to pump more stimulus into Britain’s coronavirus-hit economy.

UK’s FTSE 100 .FTSE rose 0.1%, barely reacting to data that showed unemployment rate rose 4.1% in the three months to July – the first time since the coronavirus lockdown began in March – although it was in line with economists’ expectations. [.L]

The pan-European STOXX 600 .STOXX was flat.

Euro zone banks .SX7E slid 1.5%, the most among sectors. ECB board member Fabio Panetta became the latest to highlight risks from a strong currency, saying the results of its stimulus measures are “not fully satisfactory yet.”

Meanwhile, a paper seen by Reuters showed France and Germany have called on the European Union to ease bank capital and bonus rules to avoid crimping the flow of credit to an economy trying to recover from the coronavirus crisis.

Fiat Chrysler FCHA.MI rose 5.6% and Peugeot maker PSA PEUP.PA slipped 2.1% after the carmakers restructured the terms of their planned merger to conserve cash.

Auto parts maker Faurecia EPED.PA slid 7.4% as PSA would postpone the planned spin-off of its 46% stake in the company, according to a new arrangement.

Europe’s mining sector .SXPP rose 0.8% after data showed China’s industrial output accelerated the most in eight months in August, while retail sales grew for the first time this year, suggesting its economic recovery was gathering pace.