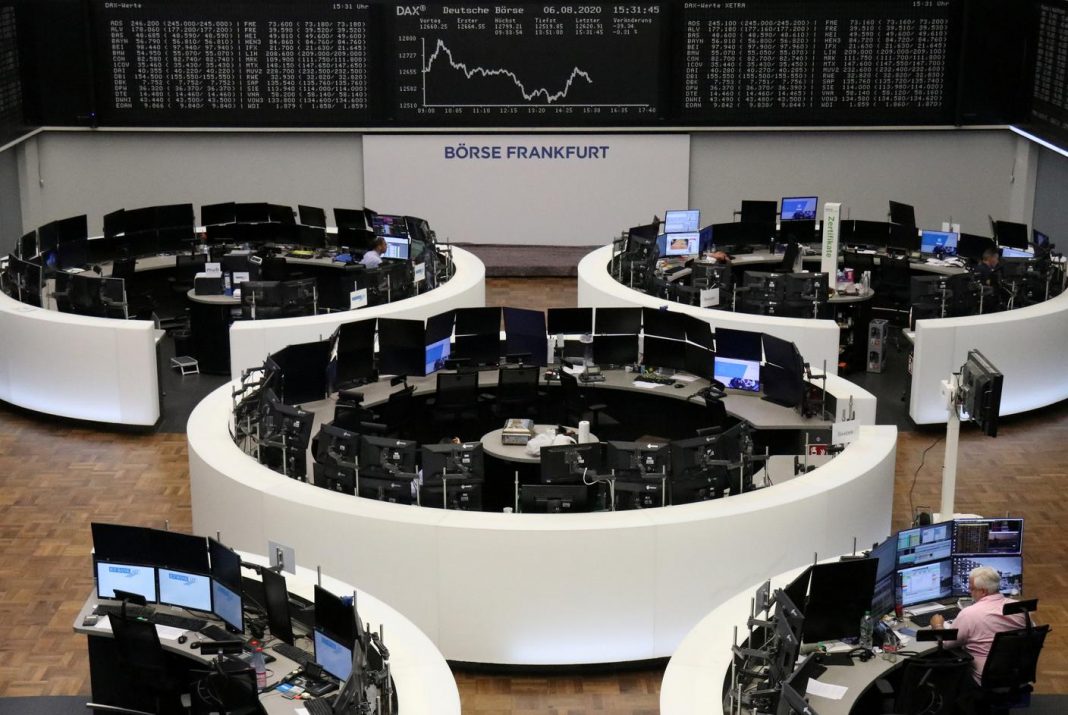 Renewed optimism over a U.S.-China trade deal and a smaller-than-expected decline in German economic output fuelled gains in European stocks on Tuesday, with Frankfurt shares hitting a one-month high.

Shares of AstraZeneca (AZN.L) rose 0.8% after the British drugmaker said it had started testing an antibody-based cocktail for the prevention and treatment of COVID-19.

Global markets got a boost as top U.S. and Chinese trade officials reaffirmed their commitment to the Phase 1 trade deal despite diplomatic rifts between the two countries.

The trade-sensitive German DAX .GDAXI rose 0.6% after data showed Europe’s largest economy contracted by a record 9.7% in the second quarter, but marked a minor upward revision from an earlier estimate of -10.1%.

A separate set of data from the Ifo Institute showed German business morale improved more than expected in August, boosting hopes that companies were recovering from the coronavirus shock.

“German manufacturing is doing pretty well and part of it is the exposure to China, and it seems pretty clear that China went into this crisis early, and also came out of it,” said Nick Nelson, head of European equity strategy at Swiss bank UBS.

“We can see what the market is looking at in the short term, but longer term we would be a bit more cautious.”

Among stocks, technology company Aveva Group (AVV.L) rose 3.3% after announcing a deal to buy OSIsoft, a privately held maker of industrial software, for an enterprise value of $5 billion.

LVMH (LVMH.PA) gained 0.9% after a source told Reuters the French luxury goods giant and U.S. jewellery chain Tiffany (TIF.N) will give themselves another three months to complete their $16.2 billion tie-up.

SAS (SAS.ST), part-owned by the governments of Sweden and Denmark, jumped 8.9% after the airline said it was expecting to complete a 14 billion Swedish crown recapitalisation plan to counter the effects of the pandemic by November.

Travel and leisure stocks .SXTP led the surge among sectors, with British Airways-owner IAG (ICAG.L) and Easyjet (EZJ.L) gaining the most.

Germany’s vaccine rollout is not going to plan, frustrating officials and experts

Oil gains on expectations of higher stimulus in the US