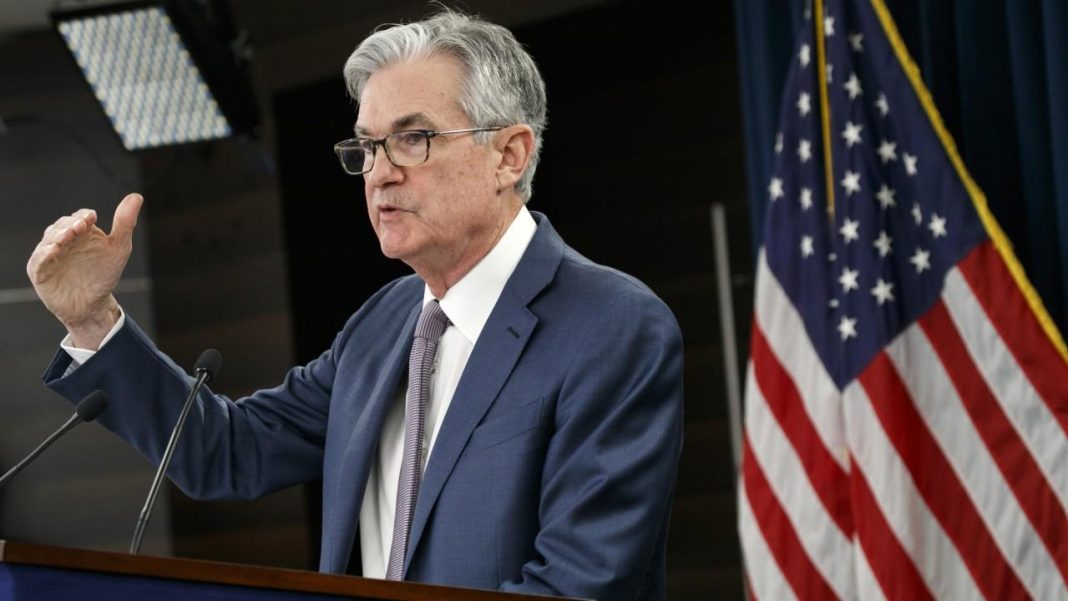 Federal Open Market Committee members expressed concern at their latest meeting over the future of the economy, saying that the coronavirus likely would continue to stunt growth and potentially pose dangers to the financial system.

At the July 28-29 session, the Federal Reserve’s policymaking arm voted to keep short-term interest rates anchored near zero, citing an economy that was falling short of its pre-pandemic levels.

Officials at the meeting “agreed that the ongoing public health crisis would weigh heavily on economic activity, employment, and inflation in the near term and was posing considerable risks to the economic outlook over the medium term,” the meeting summary said.

As Chairman Jerome Powell and Fed leaders have emphasized multiple times, the minutes noted a consensus on the need for more fiscal help from Congress, which went into recess without a deal for more rescue funding even as critical elements such as enhanced unemployment insurance remain expired.

The minutes “underscored the need for a fiscal package,” said Quincy Krosby, chief market strategist at Prudential Financial. “Chairman Powell has been adamant that we need to see another package, especially because they see the negative effects of the slowdown.”

Comments further indicated that while members are in favor of adding clarity to their expectations for when they will hike rates again, they appeared to reject the likelihood of using bond purchases to control yields on government bonds.

Stocks gave up some gains after the minutes release while yields edged lower and the U.S. dollar rose.

Because of how much impact the virus will have on the economy, FOMC members said they expect to hold the current overnight borrowing rate to a range of 0%-0.25% until they’re “confident that the economy had weathered recent events and was on track to achieve the Committee’s maximum employment and price stability goals.”

U.S. gross domestic product tumbled at a rate of 32.9% in the second quarter as the pandemic shut down most nonessential activities. A return to growth is expected in the third quarter, though a resurgence in the virus is casting some doubt on how aggressive the bouneback might be.

Along with concerns about general growth, members said they worried about risks to the financial system.

Though Powell and other Fed officials repeatedly have said banks and related institutions are in generally strong shape, committee members at the meeting said they worried whether that might change if the virus spread persists and “more adverse” scenarios about the future take hold.

The federal government is now $26.6 trillion in debt, gaining ,more than $3 trillion during the pandemic as Congress and the White House sped to get aid to those impacted by the economic shutdown. That has coincided with a rush to market of Treasurys and is raising concerns that the high level of issuance “could have implications for market functioning.”

Despite the statements, the Financial Select Sector SPDR, an exchange-traded fund that tracks the financial industry leaders, jumped after the minutes release.

In addition to looking for the reasons behind the policy decisions, investors were focused on any clues about enhanced “forward guidance,” or the parameters for future rate action.

On the issue of yield caps, officials continued to voice skepticism about its usefulness.

“Of those participants who discussed this option, most judged that yield caps and targets would likely provide only modest benefits in the current environment, as the Committee’s forward guidance regarding the path of the federal funds rate already appeared highly credible and longer-term interest rates were already low,” the minutes said.

Forward guidance could be upgraded, though there were no indications about a timetable.

Members indicated that “providing greater clarity regarding the likely path of the target range for the federal funds rate would be appropriate at some point.”

The form that might take would be “outcome based,” or geared toward achieving specific goals before rates would move. The Fed’s mandate now is for “full employment and price stability,” but outcome-based forward guidance would add specific targets on the unemployment rate and inflation.

Members also discussed basing those decisions on a specific calendar date, perhaps in conjunction with the dual mandate goals.

The discussion also included talk about the Fed’s current bond purchases, which pushed its balance sheet holdings from nearly $4.4 trillion pre-pandemic to $7 trillion now. Officials have resisted using the term “quantitative easing” to describe the operations, as it implies financial crisis-era buying aimed at lowering long-term rates to boost housing specifically and the broader economy.

However, the minutes indicated that “many” officials want to see the Fed frame the purchases as having a “role in fostering accommodative financial conditions and supporting economy recovery.” That kind of language is more in keeping with traditional QE.