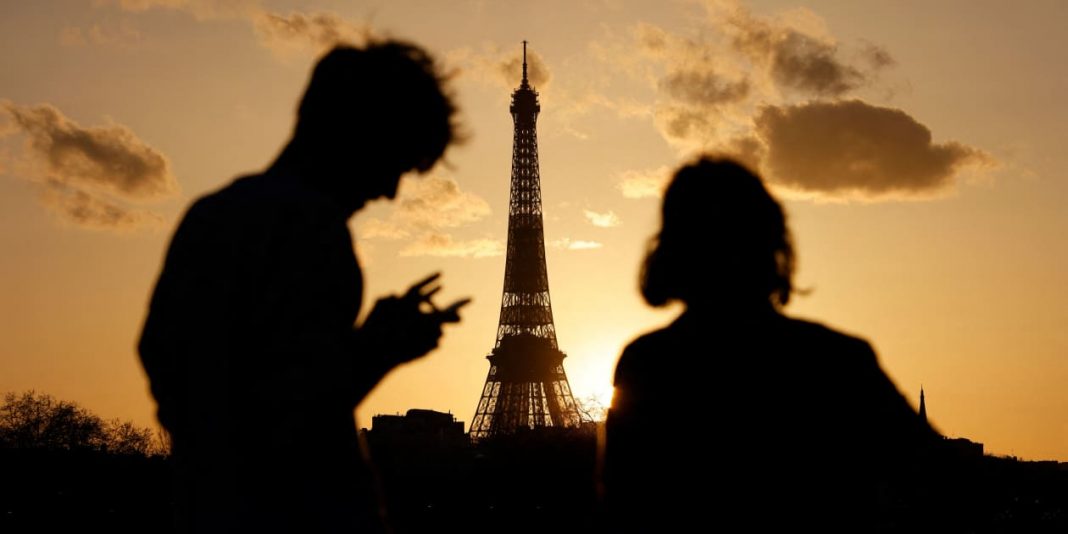 The pan-European Stoxx 600 edged 0.15% above the flatline by mid-afternoon, with travel and leisure stocks adding 0.8% while the tech sector slid 0.7%.

Hong Kong-listed shares of Alibaba slipped 1.53% on Monday after Ant Group said in a tweet that a recent report by Reuters that the firm was looking at ways for Jack Ma to exit were “untrue and baseless.”

U.S. stock index futures were slightly lower in premarket trading on Monday, after the S&P 500 and Dow Jones Industrial Average closed at record highs on Friday.

Earnings season kicked off last week when major U.S. banks reported quarterly results, and a host of companies are set to provide their updates this week. Ten Dow components will report, along with 72 S&P 500 companies. Coca-Cola beat first-quarter earnings expectations before the bell, while IBM and United Airlines are also among the firms set to report on Monday.

In terms of individual share price movement, Sopra Steria climbed 4.9% to lead the Stoxx 600 by mid-afternoon after Kepler Chevreux raised its price target for the French software company’s stock.

At the bottom of the index, Swedish communications firm Sinch dropped 4.7%.

Trump may punish China — but it won’t be very damaging,...