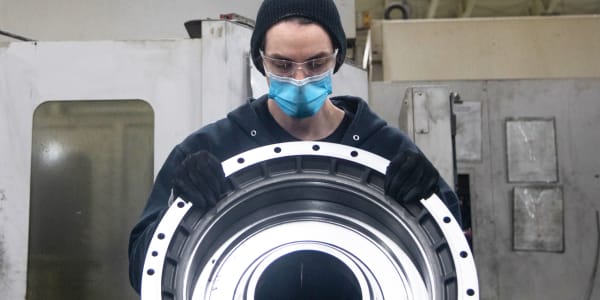 Two months of record-setting payroll growth slowed in July but was still better than Wall Street estimates even as a rise in coronavirus cases put a damper on the struggling U.S. economy.

Nonfarm payrolls increased 1.763 million for the month, the Labor Department reported Friday. The unemployment rate fell to 10.2% from its previous 11.1%, also better than the estimates from economists surveyed by Dow Jones.

An alternative measure that includes discouraged workers and the underemployed holding part-time jobs for economic reasons fell from 18% to 16.5%.

The consensus was for growth of 1.48 million jobs and an unemployment rate of 10.6%.

However, there were wide variations around the estimates as the pandemic’s resurgence dented plans to get the shuttered U.S. economy completely back online. Forecasts ranged from a decline of half a million jobs to a rise of 3 million, with a report Wednesday from ADP showing a gain of just 167,000 in private payrolls fueling downside expectations.

May and June saw a combined increase of more than 7.5 million, the fastest two-month rise in U.S. history. The reason for those big gains, though, primarily was the return of displaced workers who were laid off as the nation sought to flatten the rise in the Covid-19 pandemic.

July’s report “confirms that the resurgence in new virus cases caused the economic recovery to slow, but also underlines that it has not yet gone into reverse,” said Andrew Hunter, senior U.S. economist at Capital Economics. “With new infections now trending clearly lower again and high-frequency activity indicators showing tentative signs of a renewed upturn, employment should continue to rebound over the coming months.”

Even with a three-month gain of 9.3 million workers either newly hired or back to their old jobs, the total employment level remained 12.9 million below its February level. The May and June counts were revised up by a total 17,000.

The total unemployment level is at 16.3 million Americans, a decline of more than 1.4 million, according to the survey of households. That compares with a peak of nearly 23.1 million in April.

“What the data continues to tell me is that we’re making progress from the pain that was most acute back in March and April. So we continue to have this recovery, but it’s uneven,” said Michael Arone, chief investment strategist for the U.S. SPDR business at State Street Global Advisors. “We still have a lot of wood to chop here, but we’re moving in the right direction.”

“The numbers may be good relative to expectations, but you’re still looking at an unemployment rate over 10% and labor force participation slipping a little bit” to 61.4%, said Kathy Jones, head of fixed income at Charles Schwab. “It’s still a pretty weak economy.”

Though bars and restaurants have struggled to cope with restrictions brought on by the pandemic, leisure and hospitality led the month with a growth of 592,000 jobs, with 502,000 of those coming in eating and drinking establishments.

Social assistance rose by 66,000, transportation and warehousing was up 38,000 and manufacturing increased by 26,000.

Average hourly earnings rose by 4.8% from a year ago, though the wage data has been distorted by compositional effects. Higher-wage workers were the first to return to their jobs after the initial pandemic shutdown. The trend had been hovering around a 3% wage gain prior to the shift in March.

The average work week edged lower to 34.5 hours though it jumped by 0.7 hours to 39.7 hours for manufacturing.