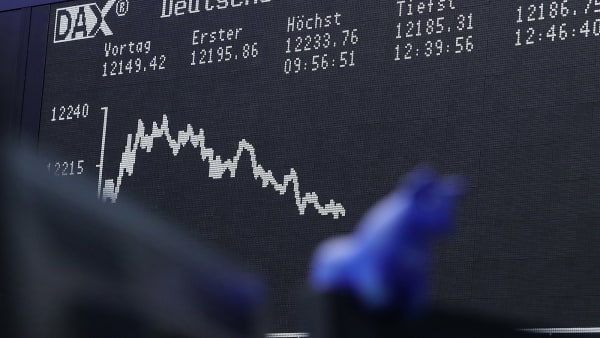 The pan-European Stoxx 600 ended just below the flatline, with sectors and major bourses pointing in opposite directions.

European markets fluctuated either side of the flatline throughout Wednesday’s session after countries around the world reported rises in new coronavirus cases on Tuesday, while a fresh U.S. relief package hit an impasse in Washington.

U.S. Senate Majority Leader Mitch McConnell unveiled Senate Republicans’ proposed $1 trillion coronavirus aid bill on Monday, but Democrats have criticized the package’s limitations compared to a $3 trillion proposal that passed the House of Representatives in May. Complicating matters further, President Donald Trump on Tuesday voiced disagreement with some aspects of the bill, though talks are continuing.

Tuesday was the second consecutive day that the U.S. reported more than 1,000 fatalities, while China reported 101 new cases of Covid-19 on Wednesday, its sharpest daily increase for more than three and a half months.

On Wall Street, shares were slightly higher as investors awaited the upcoming Fed decision, as well as a congressional antitrust hearing featuring testimony from the CEOs of four of the largest U.S. tech companies.

Back in Europe, Deutsche Bank on Wednesday reported a smaller-than-expected net loss attributable to shareholders of 77 million euros ($90.3 million) for the second quarter of 2020, while increasing its credit loss provisions to reflect the expected impact of the coronavirus pandemic. Germany’s largest lender upgraded its 2020 revenue guidance and said its transformation efforts are well on track. However, the bank’s stock fell 2.5%.

Barclays posted a net income of £695 million ($765.64 million) for the first half of 2020, while increasing its coronavirus-related loan loss provisions. The British lender’s shares slid 6%.

At the top of the Stoxx 600, French IT company Sopra Steria climbed more than 12% during after a resilient first-half earnings report and French engineering company Spie rallied 12% after beating first-half revenue and profit expectations.

At the other end of the European blue chip index, Orion shares tumbled nearly 12% after the Finnish pharmaceutical company’s new ALS drug failed in a phase three trial.

Pound falls below $1.30 as impact of above-forecast inflation data fades