Home Economy The Fed is extending its lending programs until the end of the... 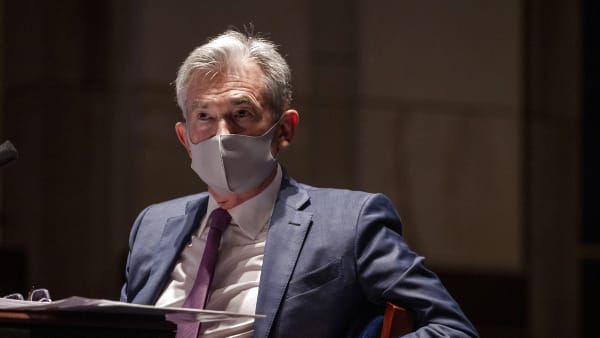 The Federal Reserve said Tuesday that it is extending its menu of lending programs to businesses, governments and individuals to the end of 2020.

Originally set to expire Sept. 30, the myriad facilities, stretching from credit to small businesses up to the purchase of junk bonds now will stretch to Dec. 31.

The Fed began rolling out the initiatives as market functioning broke down in March. A lack of liquidity stemming from fears over the coronavirus crisis froze markets and pushed the central bank into various credit facilities, a number of which had their origins during the financial crisis.

“The extraordinary Federal Reserve response to the COVID-19 pandemic, supported by Treasury’s equity capital, has played a vital role in improving liquidity and restoring market function,” Treasury Secretary Steve Mnuchin said. “Through this extension, we will continue to support the flow of credit to American workers, businesses and municipalities.”

Treasury had to sign off on the extension as it provides funding, which the Fed can then use as collateral to lever up.

Programs covered include facilities for primary dealers and money markets, corporate bond purchases on both the primary and second markets and the most recent rollout, the Main Street Lending Program. The Term Asset-Backed Securities facility also is included, as is the Fed’s end of the Paycheck Protection Program, the congressional initiative aimed at incentivizng businesses to maintain employees and continue operating during the pandemic.

A lending program for local and state governments already had been set to run to Dec. 31 and the commercial paper facility, which provides short-term funding for businesses, expires March 17, 2021.

The extension comes even though the takeup on most of the programs has been fairly slow. When they announced the initiatives in early April, Fed officials said the facilities could provide some $2.3 trillion worth of funding.

Thus far, though, the total loans have been about $110 billion, according to the most recent filings the Fed has made to Congress on the programs’ activities. Market functioning also has been strong, with corporate bond issuance, for instance, running at record levels.