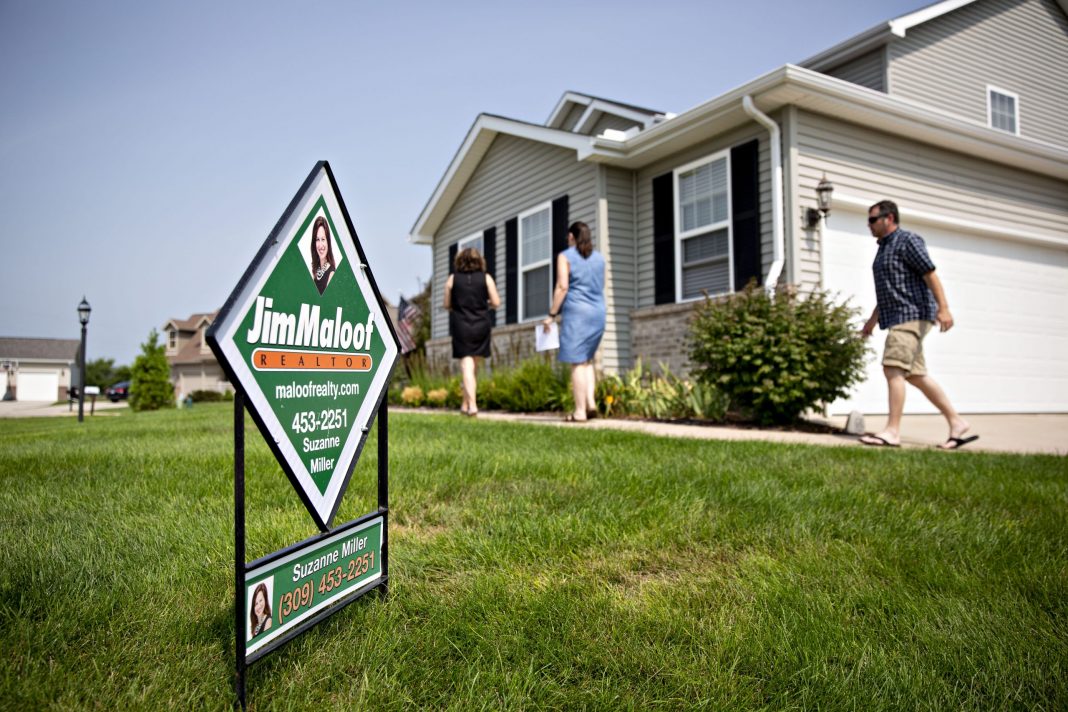 Helping to fan demand were mortgage rates hovering near a record low.

The average contract interest rate for 30-year fixed-rate mortgages with conforming loan balances of $510,400 or less increased just barely to 3.20% from 3.19%. Points, including origination fee, increased to 0.35 from 0.33 for loans with a 20% down payment.

“Mortgage applications increased last week despite mixed results from the various rates tracked in MBA’s survey,” said Joel Kan, an economist for the trade group. “The average 30-year fixed rate mortgage rose slightly to 3.20%, but some creditworthy borrowers are being offered rates even below 3%.”

That helped push refinance application volume up 5% for the week and up 122% compared with the same week one year ago, according to the ’s seasonally adjusted index data. The refinance share of mortgage activity increased to 64.8% of total applications from 64.2% the previous week.

The average on the 30-year fixed was 88 basis points higher; 3.19%, where it was two weeks ago, was a record low. Borrowers today are looking for any potential savings, given the uncertainty in the economy due to the coronavirus pandemic.

At today’s low rates, nearly 60% of all outstanding loan balances have at least a half-percentage point incentive to refinance, according to Fannie Mae chief economist Doug Duncan.

Low rates are only adding to already strong buyer demand. Mortgage applications to purchase a home rose 2% for the week and were a striking 19% higher than a year ago. That is the ninth straight week of annual gains. Last week’s 19% gain was also wider than in previous weeks.

The nation’s homebuilders are seeing strong and serious buyer traffic, as consumers now get used to purchasing homes they’ve only seen online through virtual tours. Slightly more inventory is coming onto the existing-home market, but supply is still low compared with a year ago and not nearly enough to meet demand.