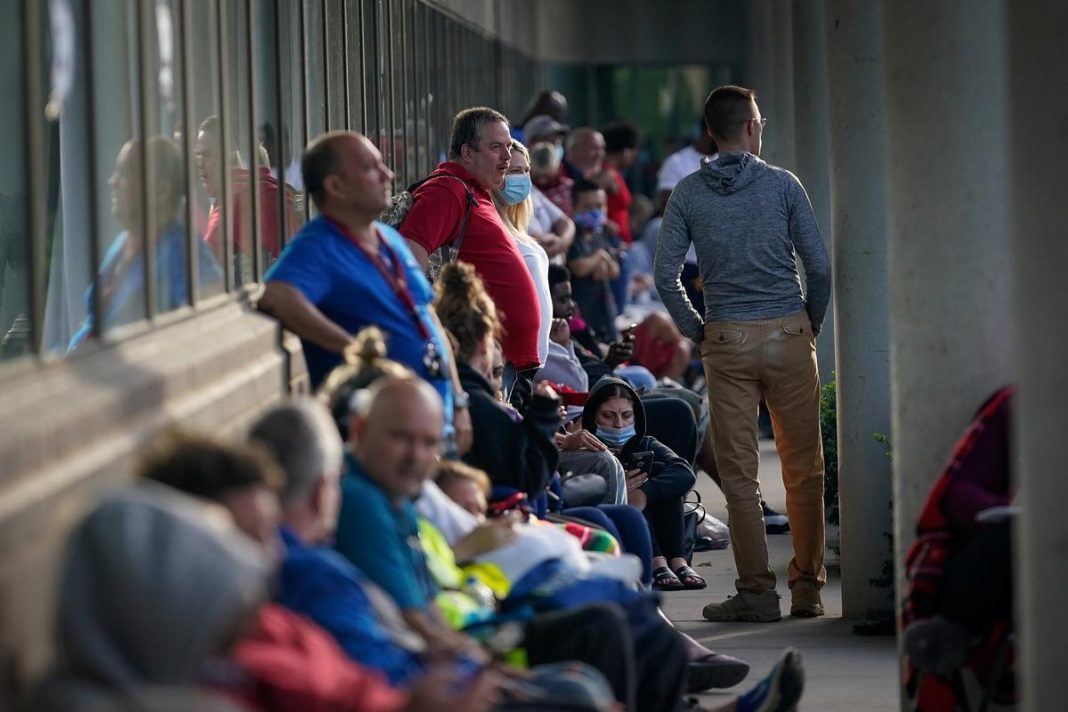 The Commerce Department said on Thursday retail sales rose 7.5% last month. That was on top of the 18.2% jump in May, which was the biggest gain since the government started tracking the series in 1992. Economists polled by Reuters had forecast retail sales advancing 5% in June.

Retail sales have rebounded as businesses resumed operations after being shuttered in mid-March in an effort to slow the spread of the coronavirus. But new cases of the respiratory illness have exploded, especially in the densely populated South and West, forcing some authorities in these regions to either close businesses again or pause reopenings.

The uncertainty sparked by the spiraling COVID-19 cases is chipping at the recovery, which started in May, and could worsen already astoundingly high unemployment. The economy had already slipped into recession in February, before the coronavirus-related shutdowns began in the United States.

A separate report from the Labor Department on Thursday showed 1.30 million people filed for state unemployment benefits during the week ending July 11, slightly down from 1.31 million in the prior period. Economists had forecast 1.250 million applications last week.

Claims peaked at a historic 6.867 million in late March. Even now, they remain roughly double their highest point during the 2007-09 Great Recession. Economists say claims are being kept uncomfortabley high by a second wave of layoffs, which could intensify as the COVID-19 infections depress demand and increase bankruptcies, especially in the retail sector.

Millions are set to lose their unemployment checks on July 31 when the government stops paying an additional $600 per week to jobless self-employed people, gig workers and contractors who do not qualify for regular state unemployment benefits. Economists have warned the end of these checks would undercut retail sales and overall consumer spending.

Fed Chairman Powell to Testify Before Congressional Committee on Nov. 13