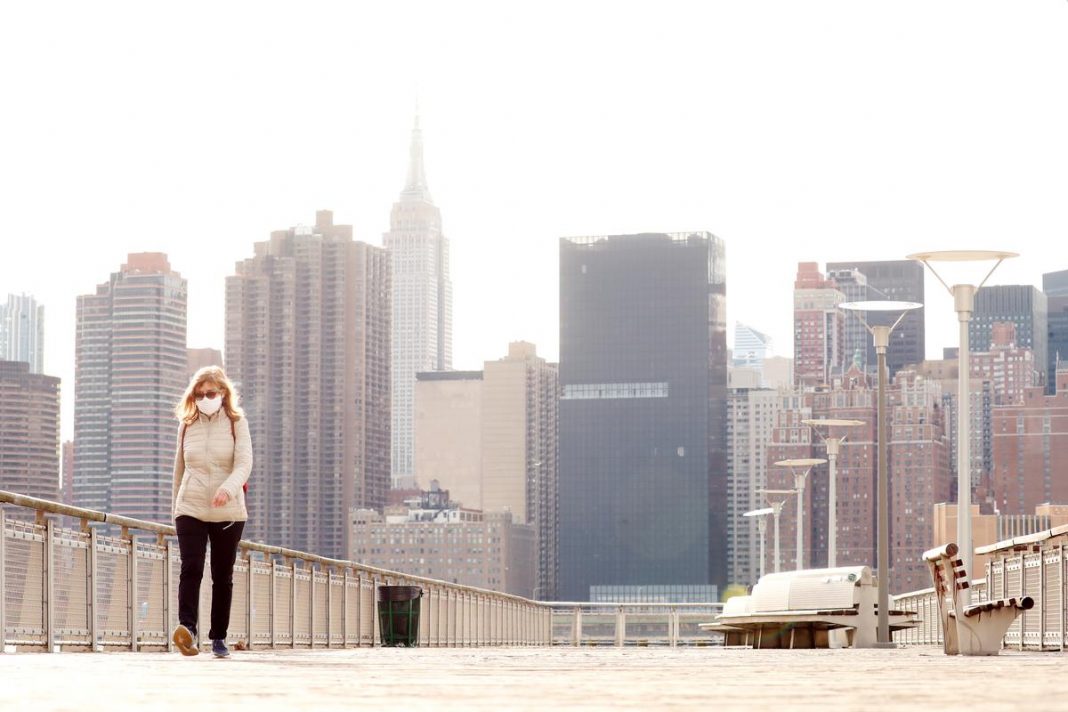 Titled “Health versus Wealth,” the paper was explicit in its topic and its methodology, setting the “value of a statistical life” at $11.5 million, in line with other federal agencies like the Department of Transportation. It used that figure to analyze the trade-offs between keeping more workers idled and easing social distancing.

The current restrictions, the research concluded, are shifting benefits from younger workers, who would be better off with looser rules, to older individuals for whom protection from the coronavirus is more vital. A middle ground, with more modest restrictions left in place until the end of July, produces the “optimal” outcome, it said.

“The shutdown in place is around twice as extensive as it should be,” wrote the research team, which included Minneapolis Fed monetary adviser Jonathan Heathcote and Kansas City Fed senior economist Andrew Glover.

The team noted that ending the shutdown at Easter, as President Donald Trump initially hoped to do, “would have implied an additional 172,000 deaths,” more than four times the 40,000 who have died so far.

As it stands, the group estimates that 418,000 people in the United States would die over the next 18 months or so if economic restrictions are largely lifted by July 1. The Trump administration has relied on estimates of around 60,000 deaths through early August.

The regional Fed did not estimate how many additional deaths would occur if, as the paper suggests and many state governors are considering, restrictions are loosened in the meantime.

The researchers did, however, conclude that tighter rules on economic activity provide more benefits to the elderly, lowering their death rate and allowing them, for example, to move about more easily in stores, and thus raise their consumption, with lower risk.

The best outcome for older individuals, they concluded, is for tight restrictions to remain in place until November.

Those in idled industries, which the group estimates may be as much as half of all workers, “would prefer a much lower level of mitigation and for that mitigation to end much earlier,” they wrote. Workers in sectors that are still operating “have a policy preference roughly in the middle.”

The paper is the latest in a flurry of research on the pandemic, its economic costs and the dilemma of when to relax restrictions that have pushed the economy into a probable recession.

But research has also concluded that reopening the economy too soon would be counterproductive and likely result in a resurgence of infections.