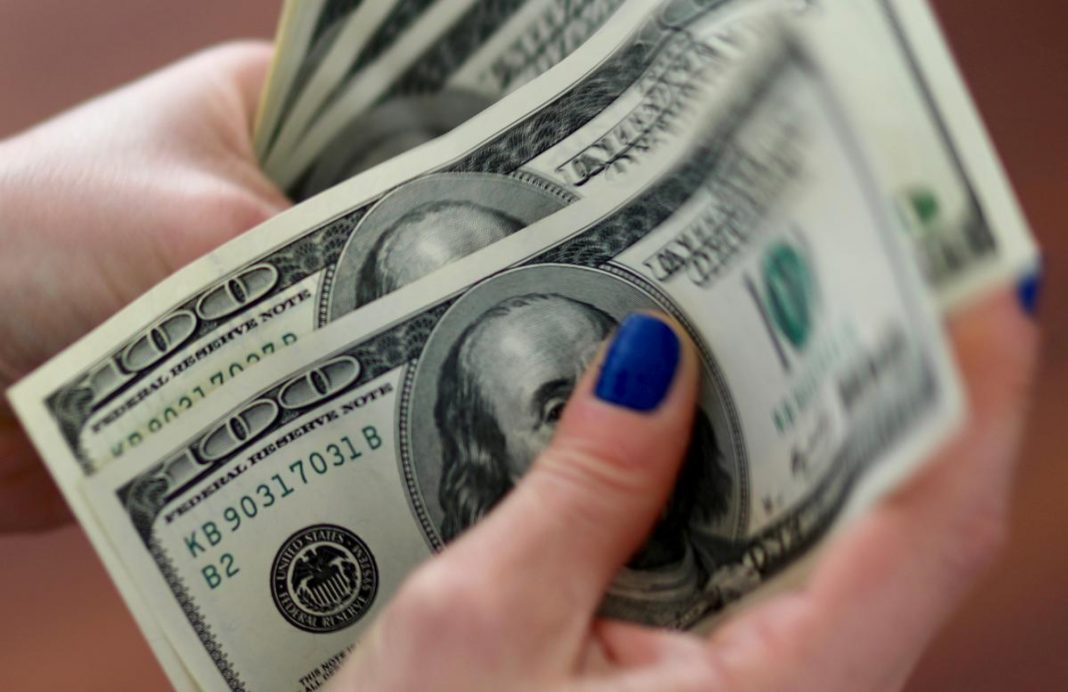 The dollar ended its third week of losses on Friday as investors bought into risk-sensitive currencies on bets that the worst of the pandemic’s sweeping impact was over.

The index that measures it against a basket of major currencies had slipped 0.2% by midday in London to 96.481.

U.S. coronavirus cases surged over the weekend, as Florida reported an increase of more than 15,000 new cases in 24 hours, a record for any state, surpassing a peak hit in New York in April.

“This continues to be a recurring observation, with markets not being weighed down by the current host of problems with coronavirus in EM and some U.S. states, not least the likely still-weak current earnings.”

Merklin added that the market’s focus is the direction rather than the level of economic activity, being supported by fiscal and monetary policy.

Hopes for development of drugs and vaccines for the disease are also supporting risk sentiment. So are economic indicators that have so far shown a recovery from lockdowns.

U.S. consumer inflation figures for June are due on Tuesday while retail sales, a key gauge of consumption, are released on Thursday.

The U.S. corporate earning season starts this week, providing another window to assess the scale of the damage, as well as the recovery, from the pandemic.

Strategists at ING Bank said in a note that they see the dollar’s recent downtrend consolidating this week.

Looming large for the single currency this week is a European Union summit on July 17-18, where leaders need to bridge gaps on a long-term budget. Investors will also watch for whether an agreement on a proposed 750 billion-euro recovery fund for the bloc emerges.

“We’ve seen a rapid rebound after a rapid decline in various economic data. But looking ahead, the improvement could slow or we could even seen a deterioration given the second round of infections,” said Masafumi Yamamoto, chief currency strategist at Mizuho Securities.

A weekly gauge of consumer confidence in Australia has dropped after a spike in infections in Melbourne and that could be echoed in the United States, where the magnitude of the outbreak is much larger, he noted.