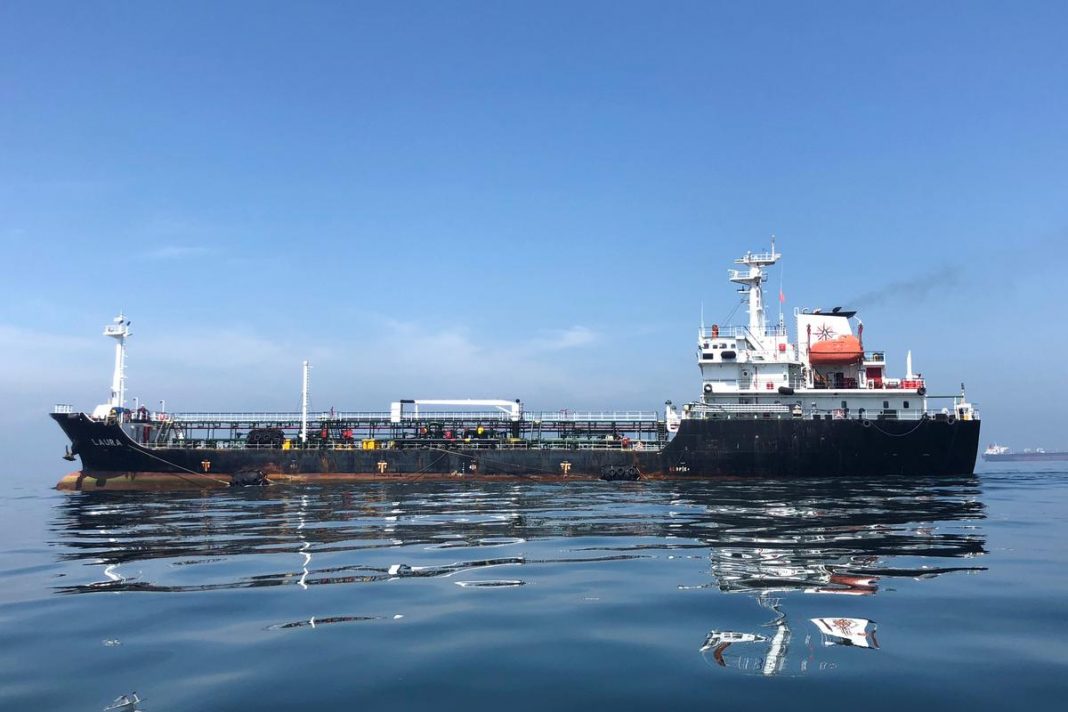 U.S. sanctions have driven Venezuela’s oil exports to their lowest levels in nearly 80 years, starving President Nicolas Maduro’s socialist government of its main source of revenue and leaving authorities short of cash for essential imports such as food and medicine.

The sanctions are part of U.S. efforts to weaken Maduro’s grip on power after Washington and other Western democracies accused him of rigging a 2018 re-election vote. Despite the country’s economic collapse, Maduro has held on and frustrated the administration of U.S. President Donald Trump.

Maduro’s government says the United States is trying to seize Venezuela’s oil and calls the U.S. measures illegal persecution that heap suffering on the Venezuelan people.

Washington has honed in on the maritime industry in recent months in efforts to better enforce sanctions on the oil trade and isolate Caracas, Washington’s special envoy on Venezuela Elliott Abrams told Reuters.

“What you will see is most shipowners and insurance and captains are simply going to turn away from Venezuela,” Abrams told Reuters in an interview.

“It’s just not worth the hassle or the risk for them.”

Ship classification societies, which certify safety and environmental standards for vessels, are feeling the heat for the first time.

The United States is pressuring classifiers to establish whether vessels have violated sanctions regulations and to withdraw certification if so as a way to tighten sanctions further, a U.S. official told Reuters, speaking on condition of anonymity.

Without certification, a vessel and its cargo become uninsured. Ship owners would also be in breach of commercial contracts which require certificates to be maintained. In addition, port authorities can refuse entry or detain a ship.

London-headquartered Lloyd’s Register (LR), one of the world’s leading ship classifiers, said it had withdrawn services from eight tankers that were involved in trade with Venezuela.

“In accordance with our programme for complying with sanctions’ laws, where we become aware of vessels operating in breach of relevant sanctions laws, LR classification has been withdrawn,” a Lloyd’s Register spokeswoman said.

Abrams said the pressure on the maritime industry was working.

“We have had a number of shippers that come to us and say, ‘We just had our insurance company withdraw the insurance, and the ship is on the high seas and we’ve got to get to port. Could you give us a license for one week?’,” Abrams said.

In June, the United States designated six shipping companies – two of them based in Greece – and six tankers they owned for participating in proscribed Venezuelan trade.

Another leading ship classifier, Hamburg-headquartered DNV GL Maritime, said it had suspended services for three of those vessels in June.

The company resumed services when the United States removed those vessels from the list of sanctioned entities after the shipping companies that own and operate the vessels agreed to cease trade with Venezuela.

The United States has threatened sanctions on any company involved in the oil trade with Venezuela, and that has had a chilling effect even on trade permitted under sanctions.

Some oil companies are refusing to charter vessels that have called at Venezuelan ports in the past year, even if the voyage was exempt from sanctions.

“The shipping sector has been at the receiving end of U.S. action on Venezuela and it has caused much uncertainty as no one knows who will be next,” one shipping industry source said.

Insurers are also in a bind. They have been conservative in their interpretation of U.S. sanctions to avoid any potential violations, said Mike Salthouse, chairman of the sanctions sub-committee with the International Group association. The group represents companies that insure about 90% of the world’s commercial shipping.

“If there is ambiguity as to what is lawful and what is unlawful it makes it almost impossible for an insurer to say whether someone has cover or not,” he said.

Even after ships and companies are removed from the sanctions list, they may face difficulties, Salthouse said.

“The stigma associated with a designation may last some time,” he said.

Oil majors, for example, may review relationships with companies that own or manage vessels that the United States had designated and then removed to avoid any possible problems with other vessels, he said.

Venezuela is on the list of high risk areas set by officials from London’s insurance market.

“If a vessel sails to Venezuela they have to notify the underwriter and it may be that the underwriter will not be able to cover them,” said Neil Roberts, head of marine underwriting at Lloyd’s Market Association, which represents the interests of all underwriting businesses in London’s Lloyd’s market.

The industry faces “the direct and real threat of having its trade stopped by a watchful U.S. administration because of an inadvertent infringement,” he said.

“This risk alone is enough to fuel the multiplication of compliance checks.”

Some of the biggest global flag registries including Panama and Liberia are also looking more closely at ships that were involved in Venezuela trading as they come under U.S. pressure to withdraw registration for ships violating sanctions.

Maritime lawyers in Panama said its registry is fining vessels that do not comply with the U.S. maritime guidance issued in May. The registry is mostly de-flagging vessels targeted by multilateral sanctions rather than unilateral U.S. sanctions, the lawyers said.

Officials at Liberia’s registry did not respond to requests for comment.

A Commerce Department spokesperson acknowledged Ross had worked with other government agencies “to determine how to best hold accountable those who are evading U.S. sanctions” on Venezuela.

Abrams vowed to keep up the pressure.

“There are people who don’t cooperate … We’ll go after the ship, the ship owner, the ship captain.”