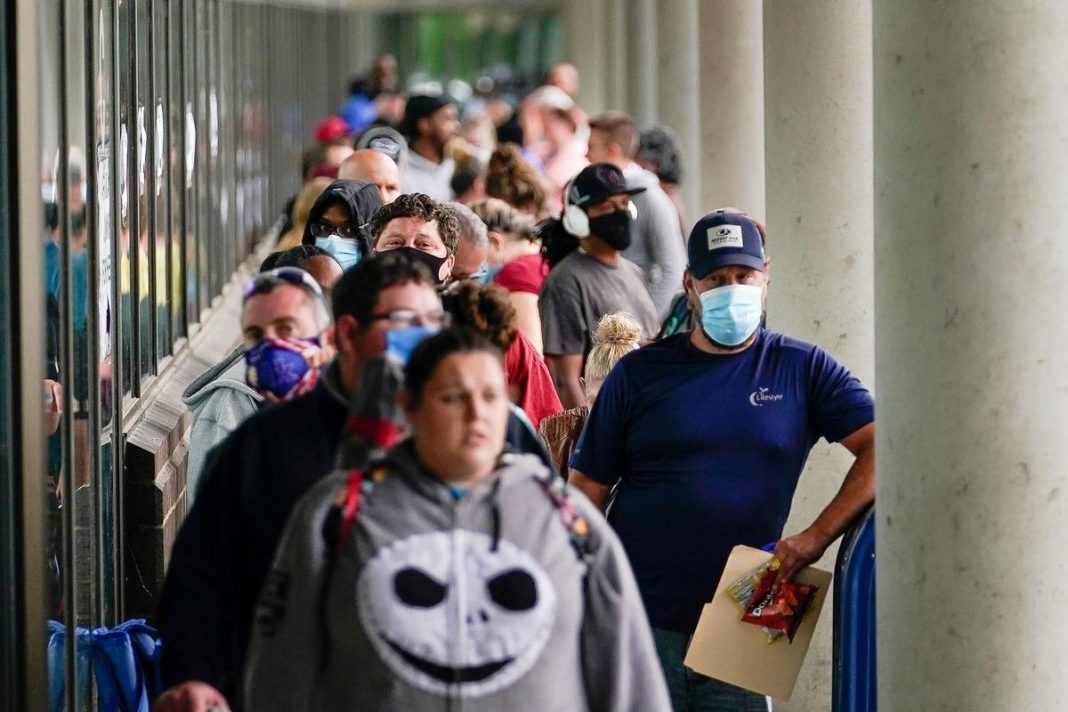 Initial claims for state unemployment benefits totaled a seasonally adjusted 1.314 million for the week ended July 4, down from 1.413 million in the prior week, the Labor Department said on Thursday. Economists polled by Reuters had forecast 1.375 million applications in the latest week.

Claims peaked at a historic 6.867 million in late March. They have been gradually falling, though they remain roughly double their highest point during the 2007-09 Great Recession.

The number of people receiving benefits after an initial week of aid dipped to 18.062 million in the week ending June 27 from 18.760 million in the prior week. These so-called continued claims, which are reported with a one-week lag, topped out at a record 24.912 million in early May.

The report, the most timely data on the economy’s health, could set the labor market for a pull back in employment growth in July.

The government reported last week that 4.8 million jobs were created in June, the most since record keeping started in 1939. Companies are rehiring workers laid off when establishments like restaurants, bars, gyms and dental offices were closed in mid-March to slow the spread of the respiratory illness.

The resumption of operations has, however, been accompanied by record spikes in coronavirus infections in densely populated states like Florida, Texas and California. This has forced a scaling back or pausing of reopenings and sent some workers home again.

With the economy having slipped into recession in February even before the shutdowns, some businesses are struggling with weak demand, exacerbating the second wave of layoffs. From retailers to airlines, companies have announced job cuts and furloughs.

In addition, the boost from the government’s Paycheck Protection Program, providing businesses loans that can be partially forgiven if used for wages, is fading.

A survey from the NFIB last week showed some small business owners were cutting payrolls, noting “many owners received their loans in April and will be unable to keep all their workers past June.”

The government has extended the deadline to August 8 for small businesses to apply for loans.