Home Economy WHO officials warn of ‘vicious cycle’ of economic and health disasters if... 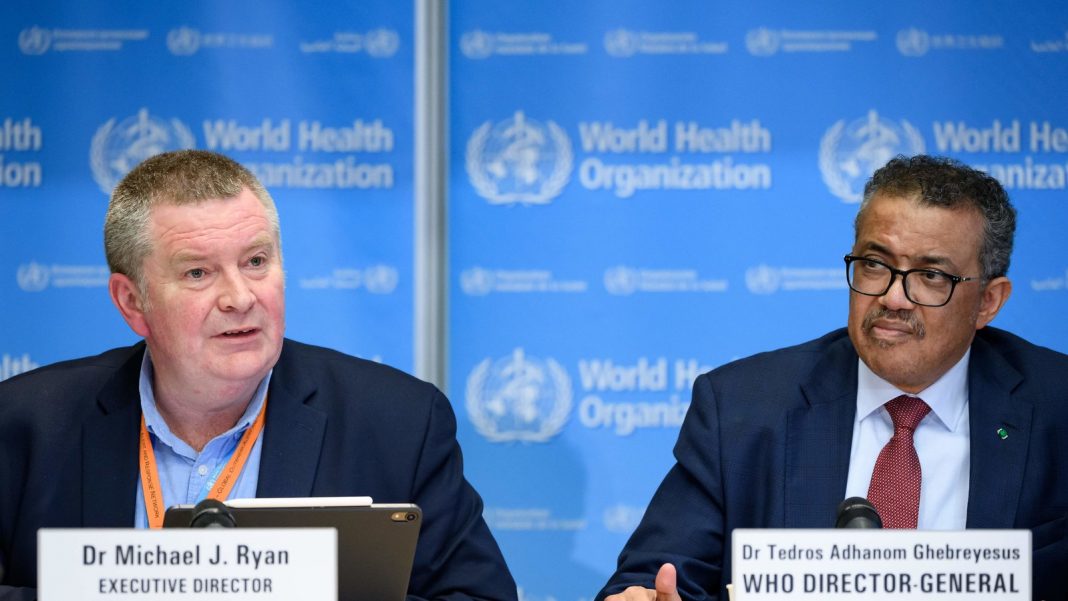 It’s a “false equation” to choose between the economy and public health, he added. “The worst thing that could happen,” economically, is that a country reopens and then has to shut down again to respond to a resurgence of the virus, Ryan said.

“If that virus transmission accelerates and you don’t have the systems to detect it, it will be days or weeks before you know something has gone wrong,” he said. “That has more danger for the economic system than it actually has on the health system in a sense.”

In the U.S., some states are beginning to reopen businesses even as models suggest it will lead to a steady rise in the number of Covid-19 cases and deaths over the next couple of weeks. Alabama, South Dakota and Texas have already begun to see an uptick in confirmed coronavirus cases since they’ve eased coronavirus restrictions and begun reopening nonessential businesses, former Food and Drug Administration Commissioner Dr. Scott Gottlieb said Tuesday.

“What I’ve expressed then and again is my concern that if some areas, cities, states, what have you, jump over those various checkpoints and prematurely open up without having the capability of being able to respond effectively and efficiently, my concern is that we will start to see little spikes that might turn into outbreaks,” he testified at a hearing before the Senate Committee on Health, Education, Labor and Pensions.

Ryan said the so-called lockdown measures are designed to relieve pressure from the health systems and give them time to ramp up capacity to treat the critically ill. He added that while reinstating social distancing restrictions will help hospitals, such a stop-and-go policy would devastate the economy.

To avoid rolling out restrictions after they’ve been lifted, countries and regions that reopen need to have infrastructure in place to conduct widespread testing to quickly detect and isolate potential cases before they have a chance to spread, Ryan said. Without the capacity to test broadly, it will take weeks for officials to detect a new outbreak — giving it weeks to circulate unchecked, he said.

“We should not be waiting to see if opening of lockdowns has worked by counting the cases in the ICUs or counting the bodies in the morgue. That is not the way to know something has gone wrong,” he said. “The way to know the disease is coming back is to have community-based surveillance, to be testing and to know that the problem is coming back and then be able to adjust your public health measures accordingly.”

On March 11, WHO officials declared the outbreak a pandemic, when there were just 121,000 global cases. Since then, the virus has infected more than 4.2 million people around the world and killed at least 292,316, according to data compiled by Johns Hopkins University.

Ryan said the coronavirus outbreak is still raging and will be officially categorized as a pandemic for some time.

“There’s a long, long way to go before there are going to be any bells unrung in this response. I think we need to be clear about that,” he said.

WHO has been warning world leaders that there can be “no going back to business as usual” following the Covid-19 outbreak, which has upended economies and wreaked havoc on nearly every country across the globe.

Ryan said many countries are trying to find a path to “a new normal.” They are going to be on that path for “a long, long time,” he said, adding some countries have seen a recurrence of Covid-19 even after the disease was thought to be long gone. Reducing WHO’s assessment of the virus would require “very significant control” over the outbreak, he said.

“We’re going to have to remain on alert, stay the course and ensure that we’re ready to respond,” he said.

ASIA ECONOMY Singapore sets aside over $8 billion in 2021 budget...