Home Economy The economy is ‘like a coiled spring’ and a sharp rebound is... 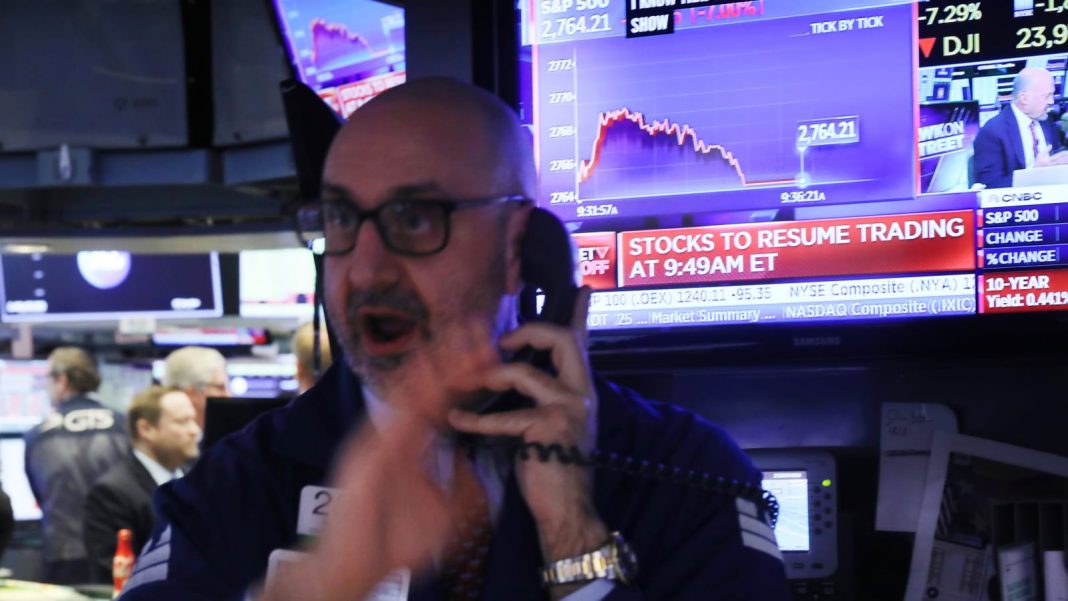 Investors should avoid getting too bearish after Monday’s global market rout, according to Patrick Armstrong, chief investment officer of Plurimi Investment Managers.

Markets in Europe and the U.S. suffered their worst day since the financial crisis on Monday as a combination of the global spread of the new coronavirus and plunging oil prices sent investors running for cover.

The U.S. Federal Reserve and other central banks around the world have already implemented interest rate cuts in a bid to temper the economic fallout from the virus outbreak, but Armstrong insisted that the “will of policymakers is incredibly strong.”

Following the Fed’s 50 basis point (bps) emergency cut on March 3., Berenberg Chief Economist Holger Schmieding is now projecting a “serious easing package” from the European Central Bank (ECB) on Thursday, a 50bps cut from the Bank of England this month and another 50bps cut from the Fed by March 18, along with a further 25bps in the second quarter.

However, monetary policy easing alone in many of the major economies is expected to have a somewhat diminished impact, at least in the short-term, due to the impact of the coronavirus on economic growth, as highlighted by UBS analysts in a note Tuesday.

“In our view it is therefore a step change in fiscal spending from major economies that holds the key to reinvigorating growth expectations and improving investor confidence,” the note said.

Armstrong added that in combination with more dovish monetary policy, fiscal stimulus is on the way. U.S. President Donald Trump on Monday floated a payroll tax cut in the hope of offsetting the negative impact of the virus.

“We’ve got a virus that has a big impact on the economy, it is going to decimate corporate earnings in some sectors, but what it’s doing is temporary,” Armstrong told CNBC’s “Squawk Box Europe” on Tuesday.

“The economy is going to be like a coiled spring, in that we’ve got interest rates at zero, we’re going to have fiscal stimulus, we’ve got long bonds at zero, we’ve got oil prices that have fallen by 30% in the last day, so those are all of the ingredients you want to kickstart an economy once we do get past this crisis of confidence.”

In a note Tuesday, Schmieding predicted that Wednesday’s U.K. Budget will involve fiscal stimulus of around 1.0% of GDP (gross domestic product), with Germany set to raise its stimulus from 0.4% to circa 0.6% for 2020.

“The medical emergency gives countries including Italy space to raise spending and offer targeted relief to stricken companies and households,” he added.

“The plunge in most sovereign bond yields lowers financing costs for many economies and enhances the fiscal space of many governments. We also expect the US Congress to set partisan politics aside for once and pass a substantial fiscal package soon.”

Despite the current panic surrounding its rapid global spread, which has now led Italy to enter total lockdown, Armstrong projected that in 12 months, coronavirus would no longer be “headline news” and a vaccine would have been found.

“I think investors are treating it like an end-of-the-world event almost, where it is a temporary short-term setback for the economy,” he said.

On Monday, Plurimi did not buy any equities, but sold the 30-year Treasury bonds in its long-only portfolio and purchased some corporate bonds.

UBS analysts also offered some cause for optimism, suggesting that if policymakers are able to ward off contagion and recession, there is scope for a “very sharp rebound in economic growth and in risk assets given the benefits of loose monetary policy and a low oil price.”