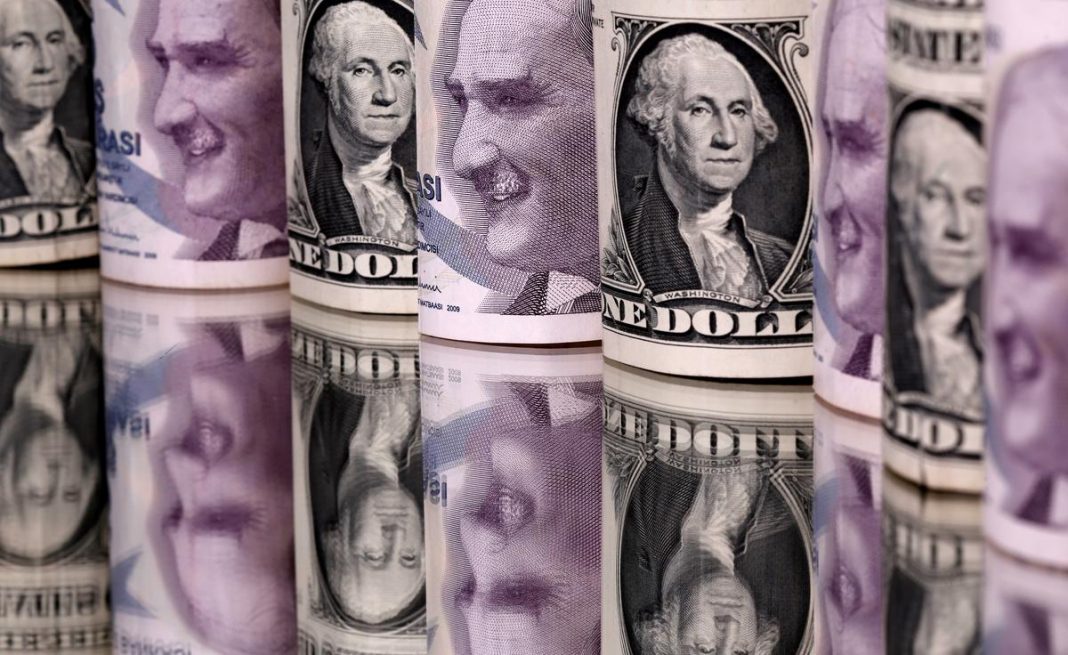 Thursday’s fall to near 7.27 pushed the lira beyond a previous record low during a 2018 currency crisis and extended five sessions of declines as Turkey sought to mitigate the effects of the outbreak, which has killed 3,584 people.

It later recovered ground after the banking watchdog announced a ban on lira transactions by the three banks, saying they were unable to fulfil lira liabilities in due time.

The state-owned Anadolu news agency had earlier reported the watchdog was launching legal action against London-based institutions it said had mounted a “manipulative attack” on the lira.

Market concerns had been stoked by comments from a U.S. Federal Reserve policymaker, which traders interpreted as ruling out a Fed swap line to cushion Ankara’s depleted reserves.

Turkey’s Finance Minister Berat Albayrak voiced optimism in a conference call with investors on Wednesday about sealing a swap line deal for forex funding, but he gave few details, several participants in the call told Reuters.

Heading for its second recession in less than two years, Turkey has asked the Federal Reserve and other central banks for access to funds as its own net foreign currency reserves have fallen to around $28 billion from $40 billion so far this year, reaching as low as $25 billion two weeks ago.

Data on Thursday showed the Turkish Central Bank’s gross forex reserves stood at $51.46 billion as of May 1, down from $52.66 billion a week earlier.

The Fed policymaker – asked on Wednesday about extending swap facilities to Turkey and others in need – said the Fed already has lines with countries that have a relationship of “mutual trust” with the United States and high credit standards.

A Turkish foreign exchange trader said those comments helped weaken the Turkish currency. “We think pressure on the lira will continue in the short term,” the trader said.

In the call with investors, Albayrak defended Ankara’s policies, saying Turkish reserves were more than adequate, according to participants.

But despite his optimism, investors fear Turkey could struggle to address the cash crunch.

“We already have one foot in the hole of a currency crisis,” said Cristian Maggio, head of emerging market strategy at TD Securities. Turkey’s central bank was burning through foreign exchange reserves at a faster pace than any other emerging- market central bank.

Analysts say the drop in the central bank’s reserves is largely the result of its funding of state bank interventions to try to stabilise the lira. Compounding worries, Turkey faces a relatively high $170 billion in external debt costs this year.

As the lira weakened, Turkey published regulations on Thursday that would punish institutions spreading “false or misleading information” in markets.

“It smacks of the Turkish authorities trying to boss and bully the market and analysts, rather than get on the front foot in terms of the policy response,” Timothy Ash of BlueBay Asset Management said.

He said markets do not trust monetary policy in Turkey, given comments from officials including President Tayyip Erdogan showing an aversion to interest rates.

“When the economy needs rate hikes to defend the lira, as of now – we kind of know the CBRT will not be able to hike, or will be too slow to hike to make a difference for the lira,” he said.