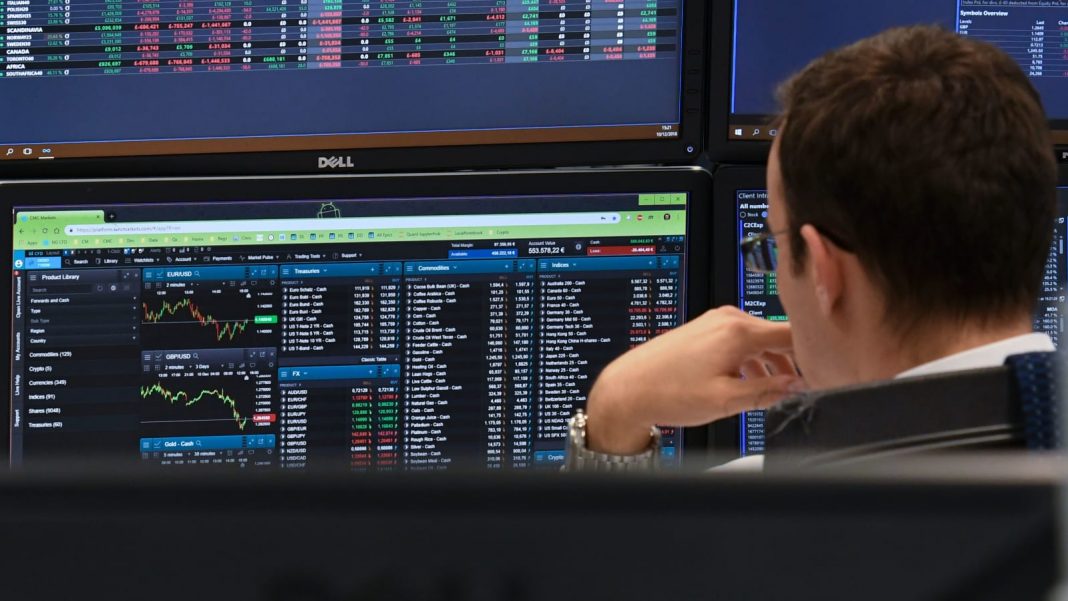 The pan-European STOXX 600 was up 0.3%, recovering for a second straight day as oil prices edged higher after collapsing at the start of the week. [O/R]

Most of the major European sub-indexes were trading higher, even as data showed economic activity in the euro zone ground to a halt in April with several sectors idling plants and furloughing staff.

“The rather muted reaction relative to the amplitude of the misses proves the lack of surprise for markets, which are almost immune to data at the moment,” said Olivier Konzeoue, FX sales trader at Saxo Markets.

“The focus is instead going to be on the various exit strategies as well as the stimulus initiatives put in place by governments and central banks to counter the negative effect of the coronavirus.”

The STOXX 600 has bounced this month after hitting eight-year lows in March as trillions of dollars in global stimulus brought back bargain hunters.

European Union leaders are set to meet later in the day to discuss jointly financing a recovery, while the U.S. Congress is preparing to approve another $500 billion to support small businesses and hospitals.

Also across the Atlantic, data is likely to show U.S. jobless claims topping 26 million in the past five weeks as a record expansion in employment comes to a halt.

“What we see is that the market is already looking at 2021,” said Roland Kaloyan, head of European equity strategy at SocGen.

“The monetary policy and the government’s fiscal policy will help corporations to go through this difficult period and to avoid the liquidity and credit crisis.”

Kicking off the first-quarter earnings season for the big European lenders, Credit Suisse Group AG followed its American peers in bulking up for potential loan losses due to the pandemic. Its shares, which gained in early trading, reversed course to fall 2.5%.

Consumer goods giant Unilever tumbled as much as 5.5% to its lowest in three weeks after pulling its 2020 profit forecast, saying it could not “reliably assess the impact” of the pandemic on its business.

Sweden’s AB Volvo shed 5.6% and was on course for its worst day in a week after warning of stalling truck orders and a challenging adjustment to a “new normal” of feebler demand.

On the other hand, SKF, the world’s biggest maker of ball bearings, jumped 5.7% to the top of the STOXX 600 after reporting better-than-expected first-quarter operating earnings.