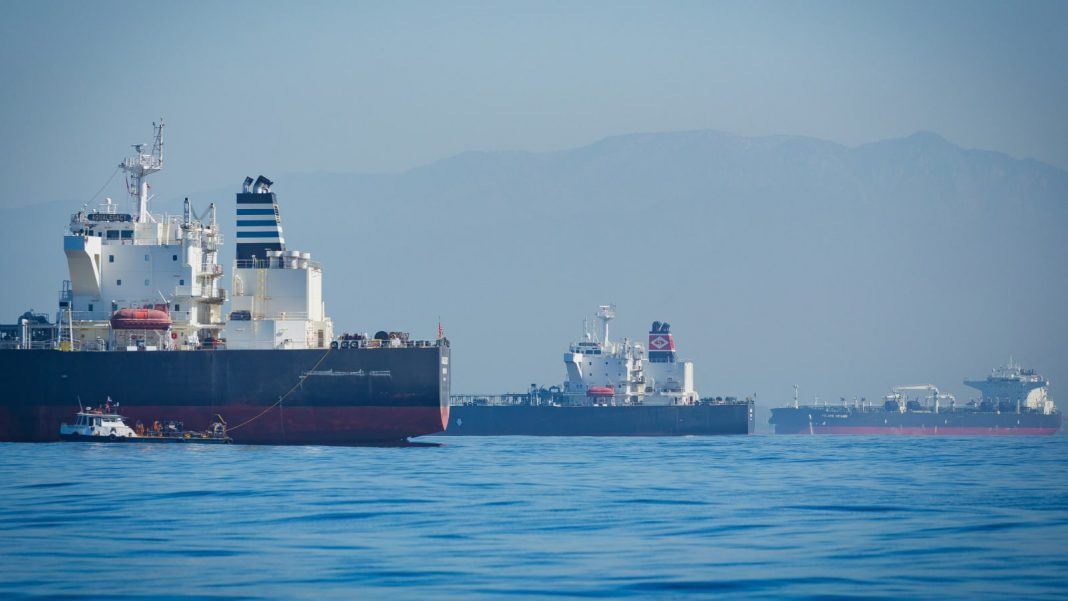 The widow-making collapse in oil prices came to a pause in Asia trade on Thursday, but analysts aren’t convinced that the worst sell-off in oil market history is over yet.

“Even though demand may not recover quickly, the production shut-ins we’re going to see in the next few weeks are going to create a lasting supply disruption,” Courvalin said. “With that you’ll get a tightening of fundamentals and a recovery in prices in the second half of this year.”

But Vanda Insights founder Vandana Hari is less optimistic, describing the bounce as a “breather” and not “a rebound.”

The coronavirus pandemic has thrown the oil industry into crisis and exposed the fragility of the fundamentals in the global market — with a lack of storage for surging supply and dismal demand creating a perfect storm for prices.

On Monday, U.S. West Texas Intermediate crude for May delivery plummeted to settle at negative $37.63 a barrel — the lowest price ever recorded since the contract’s inception in 1983. International benchmark Brent crude also fell below $20 for the first time in almost 20 years.

“I’m speechless,” a senior OPEC official told CNBC after the panicked rush to sell the WTI contract ahead of its expiration.

It could be some time before oil mounts a meaningful recovery, despite some recent signs of positivity.

“Once it becomes apparent that the supply side is converging down to the demand level, we should expect the first recovery in prices — not a meaningful one — but a relief rally,” Courvalin said.

“We think that will happen probably in June or July,” he added.

“Our Brent forecast for the fourth quarter of 2021 is $60 dollars — that’s when you have finally normalized that inventory overhang,” he said.

Oil prices were shaken from their doldrums after U.S. President Donald Trump threatened action against Iranian warships in the Persian Gulf. The president, on Twitter, said he had instructed the U.S. Navy “to shoot down and destroy any and all Iranian gunboats if they harass our ships at sea.”

Trump “was probably trying to jawbone the market,” Hari said. Both WTI and Brent settled higher following the president’s tweet on Wednesday, in contrast with the sharp selling earlier this week.

But Hari said, “The geopolitical tensions are simmering under the surface, but I didn’t see anything in the headlines to suggest that Iran had stepped up its activities or attacks on ships.”

Trump also said he would consider halting Saudi Arabian crude oil imports, a move that would help protect the U.S. oil industry and related jobs in an election year. His administration is also reportedly considering tariffs on foreign oil imports.

“It is a potential policy response to try and prevent too much oil coming into the United States, so it’s conceivable the U.S. administration has discussed this,” said Goldman’s Courvalin. “But putting those in place is still too little, too late, just like the OPEC cuts.”

A lack of storage is a critical concern

The supply glut and historically low prices have created a steep contango in the oil market, where traders believe crude prices in the future will be much higher than their current spot prices. That difference encourages traders to store the oil and sell later, driving up demand for crude storage.

This has been particularly acute at the WTI pricing point in Cushing, Oklahoma.

“We’re really heading into saturation at this point,” Courvalin said.

U.S. commercial crude stocks are about 60% full, while those at Cushing are about 75% full, according to Mriganka Jaipuriyar, head of news in Asia at S&P Global Platts.

“Global storage will probably be full by the end of May,” she told CNBC’s “Capital Connection.” “We could see a lot more volatility going towards the expiry of the next month contract.”

Denmark suspends use of AstraZeneca Covid vaccine over reports of blood...