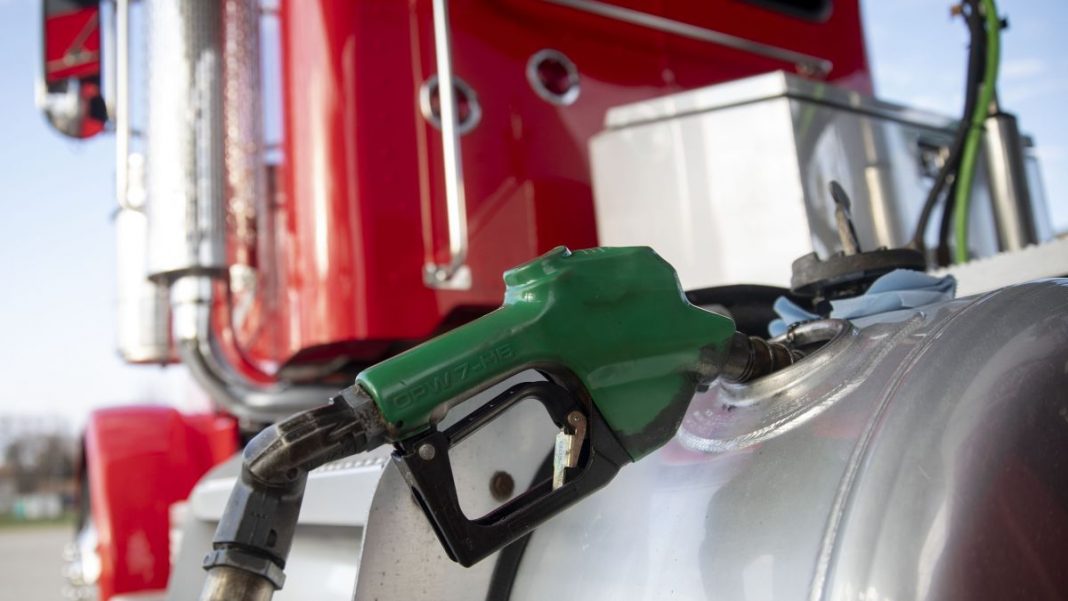 Since then it has been a wild ride with prices plummeting far below $0 a barrel for the first time in history on Monday.[O/R] While he is down now, Ryder believes prices are going to rebound to about $8 a barrel.

In the week before Monday’s $55 drop to about minus $37 a barrel, investors like Ryder pumped $1.6 billion of net deposits into the United States Oil Fund ETF, hoping to get the benefits when oil bounces back. Exchange-traded funds trade likes stocks do and typically offer the same diversity benefits of a mutual fund by investing in a basket of securities.

But even the latest plunge does not appear to have killed appetite among retail investors looking for a bargain in oil through the fund.

“For me the sell-off is too extreme, and I don’t know anyone else who’s going to be selling at these levels, leaving it likelier to go in the upside direction,” Ryder said late on Monday.

As oil sank over 300% at one point on Monday, the USO ETF pulled back a more modest 11%. The big fall was on the contract for May crude, which the fund no longer holds, said John Love, chief executive of United States Commodity Funds LLC, in a statement to Reuters. USCF manages the ETF.

Instead, it was invested in more forward contracts and the relative safe havens of short-term U.S. government debt and money-market mutual funds, disclosures showed.

He declined to say if the fall in prices had prompted even more investors to buy into the fund.

The fund said on Monday it planned to issue more shares so it would not run out and more investors could buy.

The ETF’s net assets have more than doubled in size in the past month to $4.1 billion, according to Refinitiv data.

Before trading began on Monday, investors’ growing appetite for the fund had whittled down its remaining available shares for purchase to about 300 million shares, the fund said in a filing with U.S. securities regulators.

Investors hope they can cash in if the oil market recovers from a massive destruction in demand prompted by the coronavirus pandemic and lockdowns which are paralyzing global economic activity.

“All the money flowing into the fund are people trying to catch the bottom of the oil market,” said Dave Nadig, head of research at ETF Trends.

Crude oil prices also have been hammered by a supply glut.

May U.S. crude futures on Monday plunged to a depth never before seen, settling on the day at minus $37.63 a barrel, a decline of some 305%, or $55.90 a barrel. Prices set a low of negative $40.32 on rising concern that storage options were running out.

The United States Oil ETF attempts to track the price of West Texas Intermediate light sweet crude oil CLc1. Like other ETFs, it had sold out of May contracts and bought June and other contracts further forward well before the meltdown on Monday.

That doesn’t mean the fund is in the money, yet, but investors are banking that will happen.

Oil prices crashed more than 65% in the first quarter, the most on record. The fund’s year-to-date total return is -71%. And over the past five years, its annualized total return is -28.4%, according to Morningstar data.

As of Monday, the U.S. oil fund held about 158,000 June WTI contracts, representing about 27 percent of the contract’s total open interest, according to its website.

“This is what happens when ‘Oil Tourists’ buy up more than 25% of the open interest,” said Scott Shelton, energy specialist at United ICAP.

“There is no bid for May WTI as there is no buyer and we have yet to see a significant reduction of supply at Cushing to offset it.”

Oil collapsed as storage filled at the delivery point for the contract in Cushing, Oklahoma. With nowhere to put the oil, nobody wanted to buy into expiring May contracts and keep the actual crude oil. [EIA/S]

But for retail investors like Ryder who are often looking at chart levels instead of fundamentals, storage levels are less of a concern.

“I focus on the charts. I can’t focus on the news (i.e. – storage) because there’s a bullish and a bearish interpretation to every news event,” Ryder said.

“My position isn’t that big. But I think it’ll go up. I just don’t know who would be selling down here. Not enough reward.”