Home Economy Trump’s tariffs on China could cost the US in its fight against... 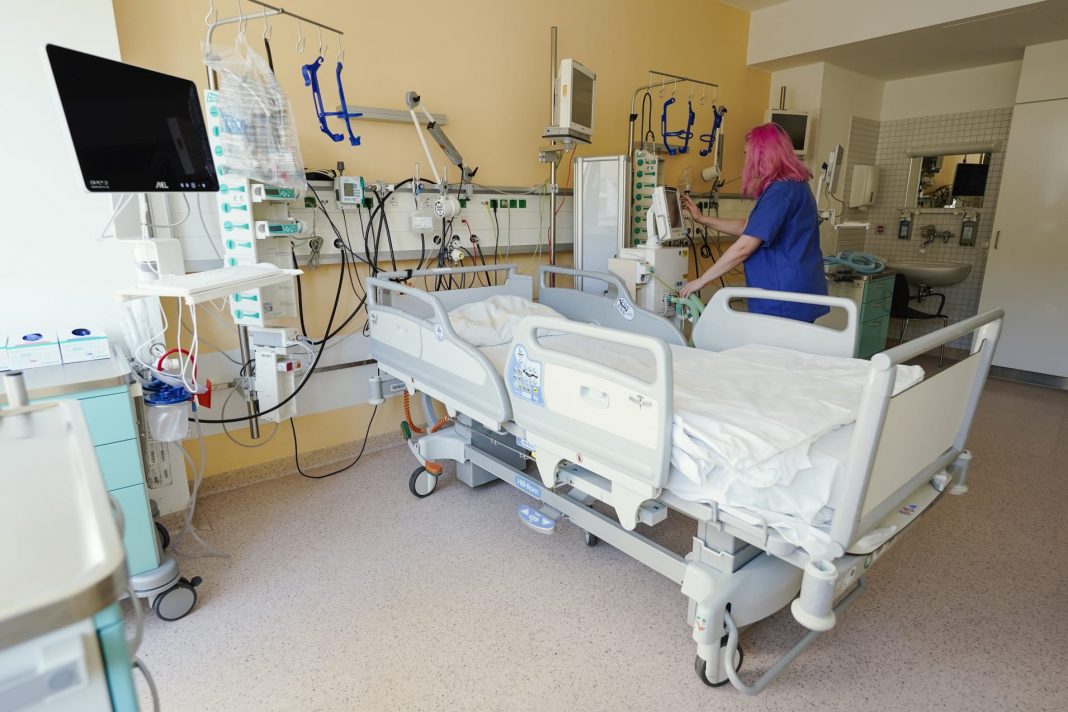 The U.S. and China have been embroiled in an escalating tariff war since 2018. Across multiple rounds, tariffs were levied on essential medical supplies from China including medical protective clothing, personal protective equipment (PPE), CT systems and disposable medical headwear.

Meanwhile, the fast-spreading coronavirus disease has led to cases growing at a rapid pace throughout the world including the U.S., which is now the country with the highest number of reported cases and deaths. There are currently more than 555,000 reported cases, and over 22,000 deaths in the U.S., according to the latest data by Johns Hopkins University.

Compared to other countries with a “more flexible” approach toward importing PPEs, imposing tariffs has “further undermined U.S. preparedness and response to the outbreak,” Yanzhong Huang, senior fellow for global health at the Council on Foreign Relations, told CNBC in an email.

Without tariffs, the U.S. would be in “a better position in this bidding game” with so many countries scrambling to import critical medical products from China, he added.

States across the U.S. have reported that the number of intensive care unit beds are running out, while New York City Mayor Bill de Blasio has warned that respirators could run out soon as the city’s hospital resources are stretched.

With the outbreak intensifying in large cities and states, health-care workers have also been scrambling for protective gear and struggling with a shortage of medical equipment as the number of cases surge.

Threat to war against pandemic

China started to ramp up production of critical medical equipment as the disease spread in January. It reportedly accumulated a large surplus of personal protective equipment, which American health-care facilities now have a “pressing need” for, Susan Shirk, a former deputy assistant secretary of state under the Clinton administration, said in an email to CNBC.

“Any obstacle in the way of expeditious imports of this equipment could cause more people to die of the disease,” added Shirk, who is currently a research professor at University of California San Diego and also the chair of the university’s 21st Century China Center.

In an earlier report, Peterson Institute for International Economics (PIIE) warned that President Donald Trump’s trade war with China could threaten to “cripple” the U.S. fight against the coronavirus pandemic.

As of March 13, when the report was published, the think tank found that $3.3 billion in imports of critical health-care products still face 7.5% tariffs, while $1.1 billion of imports which could potentially treat Covid-19 remained subjected to 25% tariffs — even after the Trump administration cut and suspended some tariffs temporarily.

“The administration’s tariffs on Chinese medical products may contribute to shortages and higher costs of vital equipment at a time of nationwide health crisis,” wrote the author of the report, Chad Bown.

He said Trump’s trade policies have forced Beijing to sell many of its medical products to other countries instead of to the U.S. Some of these products include protective gear for doctors and nurses and high-tech equipment to monitor patients.

According to PIIE data, about $100 billion in intermediate inputs from China still face 25% tariffs, raising costs of parts and components for U.S. medical product manufacturers.

The Wall Street Journal also reported that General Motors was seeking tariff relief on some categories of ventilator parts originating from China that were facing 25% tariffs, to “ease the burden” of ventilator production that would support Washington’s response against Covid-19.

As early as 2018 and 2019, medical product providers had already cautioned against tariffs on medical supplies, as they warned it would lead to higher costs and disrupt supply chains.

As Trump doubles down on his protectionism stance – not just with China, but also with the European Union and Mexico – Washington could find itself out of time and options as it races to contain the coronavirus outbreak, experts say.

U.S. tariff threats against Mexico – the second largest source of PPE and medical protective clothing for the United States – have reduced the viability of these items being procured from there, according to Robert Zoellick, former president of the World Bank and former U.S. deputy secretary of state.

Washington could also face difficulties in obtaining much-needed medical supplies from the EU, the U.S.’s main source of items including X-ray equipment and hand sanitizers, if such antagonism continues.

Trump banned all travelers from European countries to the U.S. for 30 days in March, blaming Europe for not taking the stiff actions he said the U.S. did to control what he called a “foreign virus.” The president later clarified that the restrictions did not include trade and cargo, after initially suggesting they could be affected by the ban.

Since the start of the year, more than 50 countries – including France and South Korea – have tightened restrictions on exports of medical supplies, according to a study by Global Trade Alert in collaboration with the University of St. Gallen in Switzerland. That move further limits foreign sources of supply of medical equipment for the U.S.

“A mere seven countries account for 70% of the exports of artificial respirators, vital tools for the seriously ill; if one of them banned exports, prices could increase by up to 10%,” Zoellick cautioned.

Trump also enacted the Defense Production Act on April 3 to ban exports of N-95 respirators, masks and other PPEs to the rest of the world.

However, banning PPE exports would not only “invite retaliations” but also “undermine the capacity of other countries in fighting Covid-19″ as they are denied desperately needed PPEs, said Huang from the Council on Foreign Relations.

“This is a global pandemic. Our ultimate success in containing the spread of Covid-19 is to a large extent dependent upon how effective other countries are dealing with the outbreak. We cannot claim victory unless other countries are virus-free,” Huang added.