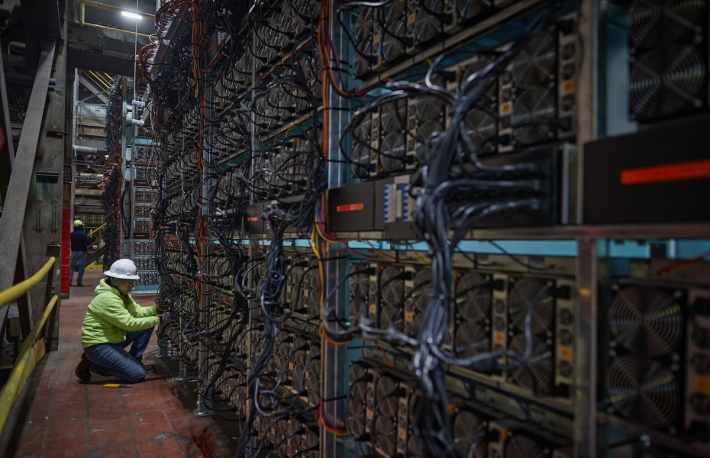 The firm said in an announcement on Friday that the deal, brokered by BitOoda Digital, proceeded the sale of 106,000 terahashes per second (TH/s) of bitcoin mining power to undisclosed buyers consisting of hedge funds and family offices.

The sale was enabled through the execution of BitOoda’s hash contracts, which allow institutional buyers to get exposure to bitcoin mining without having to go through the process of purchasing and setting up equipment.

At the Bitcoin network’s current mining competition level, 1 TH/s of computing power would be able to produce about 0.00001709 BTC in a day. As such, the deal would give the buyers a daily yield of about 1.8 BTC – worth around $13,000 – in addition to the ownership of the corresponding hardware as assets.

That said, with the Bitcoin network’s halving event approaching in about 30 days, the total newly minted BTC in 24 hours will be reduced from right now around 1800 units to 900 after mid-May.

Greenidge said in the announcement it benefits from locking in profits and receiving an upfront source of capital to continue expanding its operations. The firm declined to disclose the amount of the sales. But major bitcoin miner manufacturers have been recently advertising around $23 per TH/s for several of their newest machines.

“Providing the same kind of time-tested hedging capabilities seen in traditional commodity markets, such product brings the benefits of clean and energy-efficient bitcoin mining from Greenidge to institutional investors throughout the United States,” Greenidge CFO Tim Rainey said in the announcement.

In early March, it was reported that Greenidge was producing on average 5.5 BTC a day by utilizing 14 megawatt of its total 106 megawatts capacity.

The Bitcoin network’s total hash rate back then was around 118 million TH/s on average, which means the firm possessed roughly 357,000 TH/s of computing power at the time. It has plugged in additional equipment over the past several weeks.