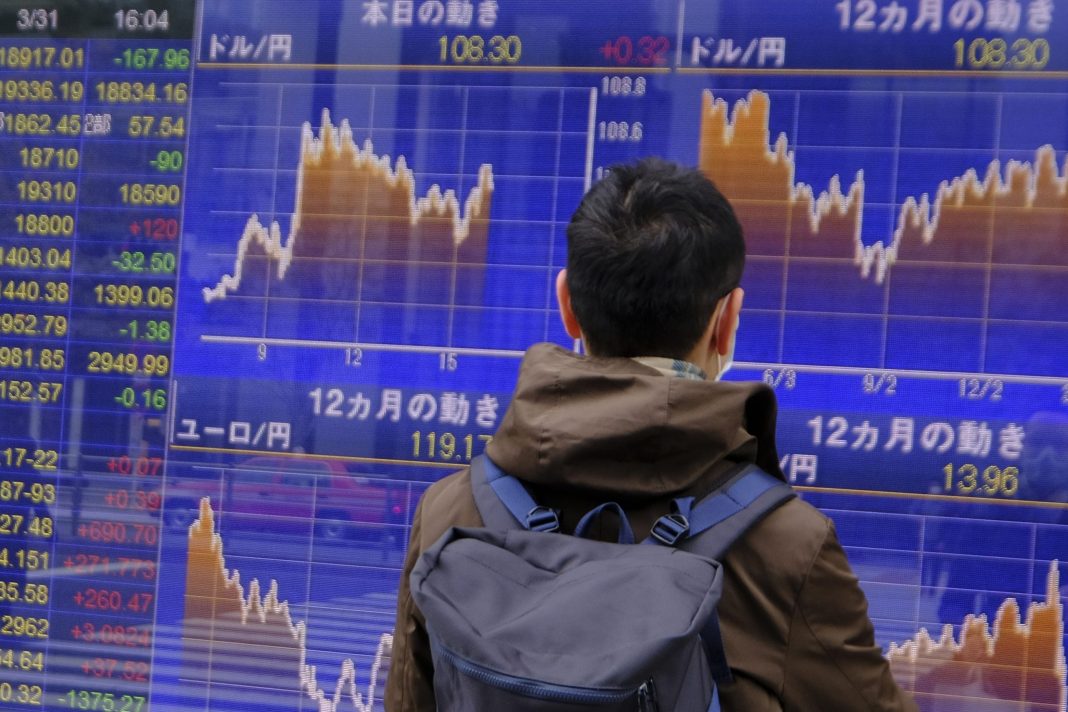 The benchmark Nikkei average gained 4.2% to 18,576.30, its highest close in nearly a week, tracking sharp gains in U.S. stock futures.

E-mini futures for the S&P 500 index climbed as much as 4.2% in Asian trade after U.S. President Donald Trump expressed hope the United States was seeing a “levelling off” of the epidemic in hotspots.

Also helping was the fact that Italy reported its lowest daily COVID-19 death toll for more than two weeks on Sunday as authorities began to look ahead to a second phase of the battle against the virus once a lockdown imposed a month ago is eased.

“The number of new coronavirus infections and deaths – that’s what the market cares about the most for now,” said Masahiro Ichikawa, senior strategist at Sumitomo Mitsui Asset Management.

Japanese Prime Minister Shinzo Abe will impose a state of emergency as early as Tuesday in a bid to stop the coronavirus spreading, multiple media reported, as the cumulative number of infections topped 1,000 in Tokyo alone.

Abe will likely announce his plans later on Monday, the Yomiuri newspaper said, while the Kyodo news agency said new measures would likely come into force on Wednesday.

Some analysts predict the government could declare a state of emergency to coincide with the announcement of an economic stimulus package on Tuesday.

However, traders said most long-only investors seemed to be still watching from the sidelines.

“I have a feeling like shorts were getting squeezed,” said Takeo Kamai, head of executions services at CLSA in Tokyo, referring to the reason the Nikkei extended gains in late afternoon trade.

Overall trading was subdued, with the volume of shares traded on the main board valued at 2.70 trillion yen ($24.7 billion), well below its average over the last 20 days of 3.54 trillion yen.

The broader Topix advanced 3.9% to 1,376.30, with all of the 33 sector sub-indexes on the exchange finishing in positive territory.

Information and communication sector added 5.7% on hopes for growing demand for data as more people work from home or stay at home due to the pandemic.

Fujifilm Holdings Corp surged 7.0% to a record high after Reuters and other media said Japan was planning to boost stockpiles of the Avigan anti-flu drug, which is being tested as a treatment for COVID-19 in China.