Home Economy When will life return to normal? Health experts on a possible exit... 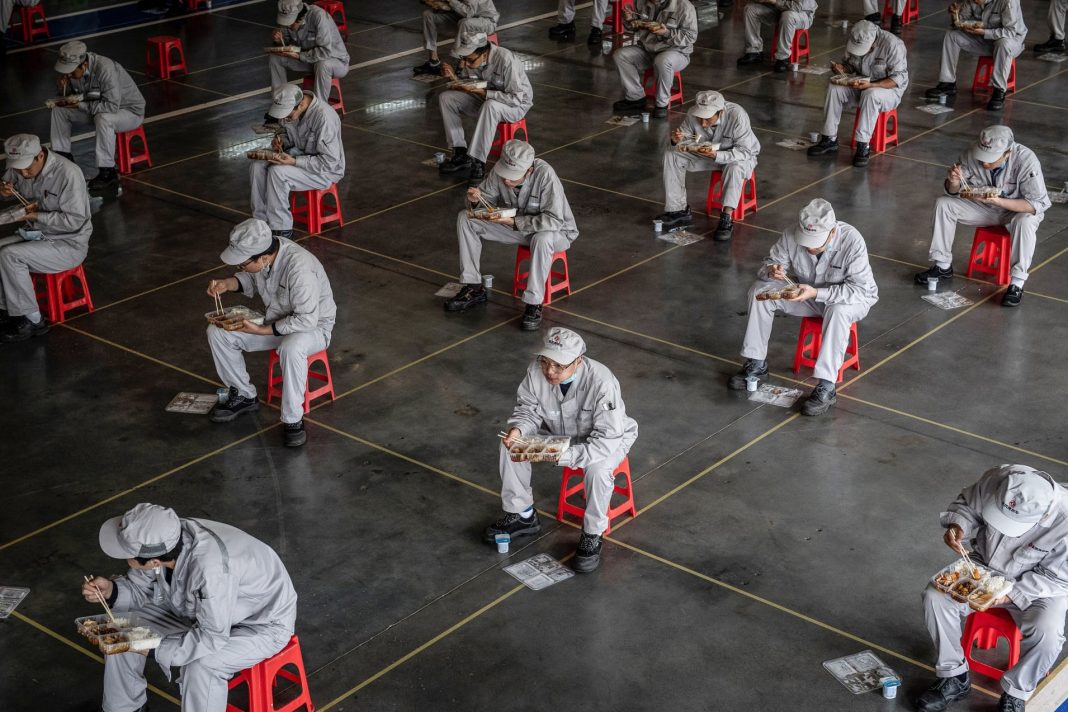 The fast-spreading coronavirus has prompted many countries around the world to effectively shut down in order to contain the outbreak.

The draconian measures have placed massive restrictions on the daily lives of hundreds of millions of people, from so-called lockdowns and school closures to strict regulations on social distancing and bans on public gatherings.

It is an unprecedented response to an intensifying global health crisis, leaving many to wonder exactly when things might revert to normal.

U.K. Prime Minister Boris Johnson has said he believes the country can “turn the tide” within 12 weeks, while President Donald Trump has suggested the U.S. can open up again “fairly soon.”

However, health experts are much more cautious.

That’s because lifting restrictions to alleviate the economic and social damage of a prolonged period of lockdown could risk a second wave of coronavirus cases.

‘We are in it for the long haul’

“We are in it for a long haul, at least for another month or two,” Dr. Eric Feigl-Ding, a global health economist at the Harvard Chan School of Public Health, told CNBC’s “Capital Connection” Monday.

“This is not disappearing in the next three weeks, no matter how we wish to compare to Wuhan,” Feigl-Ding said, referring specifically to coronavirus cases in the U.S.

“This is not Wuhan … we can’t divert one-quarter of all of the doctors and nurses from other parts of the country to come to one epicenter like China did.”

“So, again, we are in it for at least two months or more. And maybe the vaccine will arrive earlier than 12 months if we get really successful trials that get to terminate early so we can give it out to everyone sooner,” he added.

Since emerging from Wuhan, China, in late 2019, the coronavirus has spread to 190 countries, areas or territories.

To date, it has infected over 390,000 people globally, according to data compiled by Johns Hopkins University, with 17,156 deaths.

The outbreak has been recognized as a pandemic by the WHO, with the United Nations health agency repeatedly underlining the importance of nations moving to impose sweeping public health measures.

“I cannot see that all of a sudden, next week or two weeks from now it is going to be over. I don’t think there is a chance of that,” Dr. Anthony Fauci, director of the National Institute of Allergy and Infectious Diseases, said in an interview on the “TODAY” show late last week.

When will a vaccine be ready?

At present, there is no vaccination available for the coronavirus and health experts do not expect it to become available to the public for a long while.

Intensive and socially disruptive measures are required in order to “suppress the transmission to low levels,” according to Professor Neil Ferguson from Imperial College London.

“It is likely such measures — most notably, large scale social distancing — will need to be in place for many months, perhaps until a vaccine becomes available,” Ferguson said in a report published March 17.

In the same report, scientists at Imperial College London estimated it could take up to 18 months, at least, to find a vaccine for COVID-19.

In its absence, the WHO has stressed the need for citizens to take collective action.

The health agency has encouraged people around the world to wash their hands regularly, avoid touching their eyes, nose and mouth, maintain social distancing, practice respiratory hygiene and seek medical care if they have a fever, cough or any difficulty breathing.

Herd immunity vs. flattening the curve

One other so-called exit strategy to the coronavirus pandemic could occur when enough people have developed an immunity to the outbreak through infection. This controversial concept is known as “herd immunity.”

It is reportedly being used in Sweden, and appeared to be put in place in Britain and the Netherlands before both countries recently changed approach, after warnings that this method would most likely overwhelm their health systems and death tolls would surge.

Instead, the WHO has repeatedly emphasized the importance of “flattening the curve” in order to tackle the pandemic.

The idea of flattening the curve is to stagger the number of new cases over a longer period, so that people have better access to medical care.