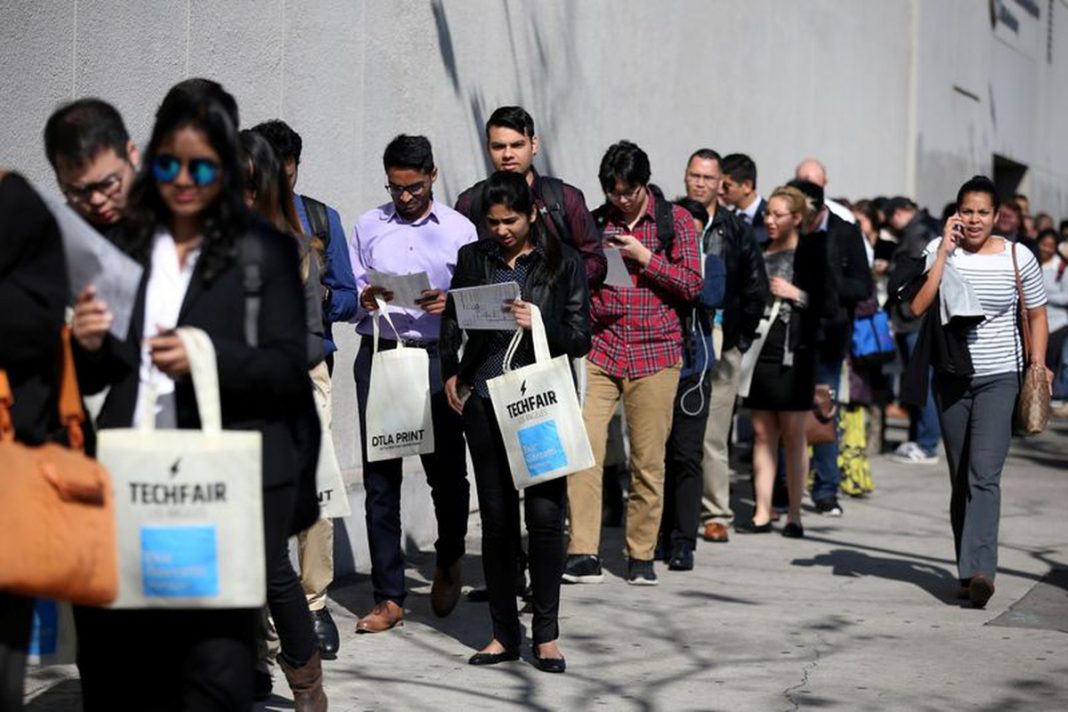 The number of Americans filing for unemployment benefits dropped to a nine-month low last week, suggesting a tightening labor market would continue to support the economy this year.

Initial claims for state unemployment benefits decreased 15,000 to a seasonally adjusted 202,000 for the week ended Feb. 1, the lowest reading since last April, the Labor Department said on Thursday. Claims data for the prior week was revised to show 1,000 more applications received than previously reported.

Economists polled by Reuters had forecast claims dipping to 215,000 in the latest week. The Labor Department said only claims for Alabama and Pennsylvania were estimated last week.

The four-week moving average of initial claims, considered a better measure of labor market trends as it irons out week-to-week volatility, fell 3,000 to 211,750 last week, also the lowest level since last April.

The claims data has no bearing on January’s employment report, which is scheduled for release on Friday, as it falls

outside the survey period. Claims were lower in January relative to December, suggesting a pick-up in job growth.

According to a Reuters survey of economists, nonfarm payrolls likely increased by 160,000 jobs in January after rising 145,000 in December. Employment gains could, however, exceed expectations given unseasonably mild weather, which could have boosted hiring at construction sites and in the leisure and hospitality industry.

The ADP National Employment report on Wednesday showed private payrolls surged by 291,000 jobs in January, the most since May 2015, after increasing 199,000 in December.

Still, the labor market is cooling even as jobless claims are trending lower and this is likely to be confirmed when the Labor Department publishes its annual benchmark revisions to payrolls data on Friday.

The government last August estimated the economy created 501,000 fewer jobs in the 12 months through March 2019 than previously reported, the biggest downward revision in the level of employment in a decade. That suggests job growth over that period averaged around 170,000 per month instead of 210,000.

Economists say the size of the estimated revision suggests that payrolls data from April 2019 through March this year could also be revised lower.

But the pace of job gains is more than the 100,000 per month needed to keep up with growth in the working age population. The unemployment rate is forecast unchanged at 3.5% in January. Thursday’s claims report also showed the number of people receiving benefits after an initial week of aid increased 48,000 to 1.75 million for the week ended Jan. 25. The four-week moving average of the so-called continuing claims fell 13,250 to 1.74 million.