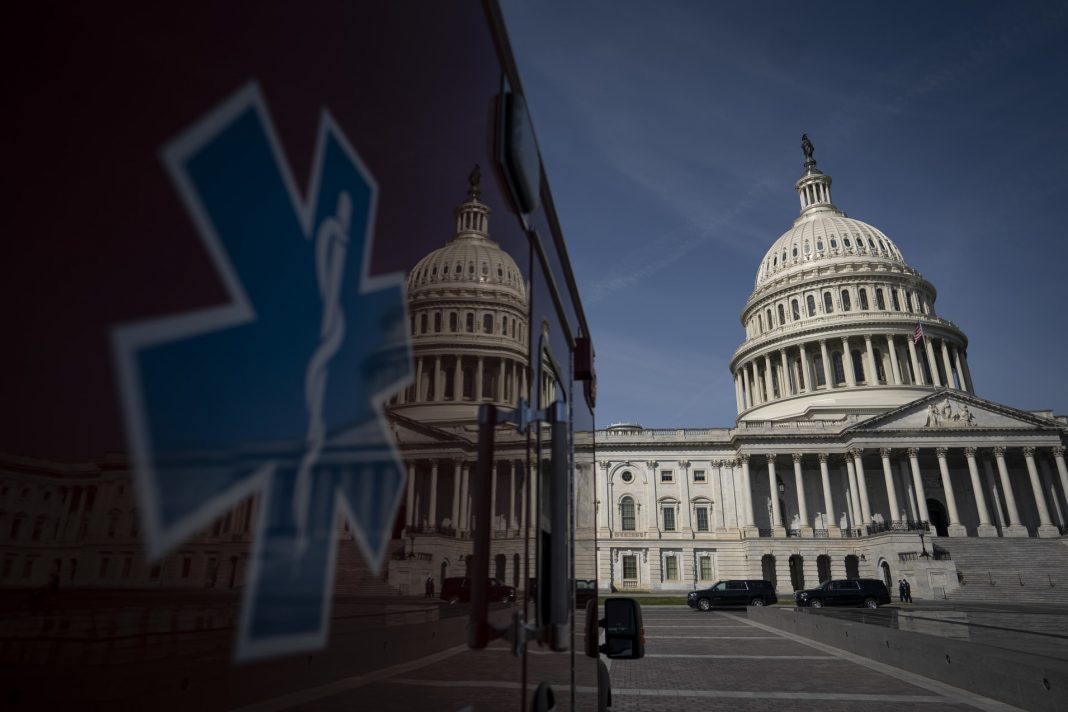 The stalemate came hours after Democratic leaders warned that the bill did too much to bail out companies and not enough to help workers. Stock futures cratered as the two parties failed to agree on the terms of the package.

“Step up,” he added. “Help us reach an agreement so we can do what needs to be done for the American people no later than tomorrow.”

The final vote tally was 47-47, well short of the 60 votes needed to advance the bill. Republicans hold a 53-47 edge in the chamber, although several GOP senators, including Rand Paul, who had tested positive for the coronavirus, were not present to vote. Others, such as Sen. Mitt Romney of Utah, were in quarantine as a precaution.

President Donald Trump was decidedly optimistic in a coronavirus task force press briefing Sunday that was unfolding as senators voted. “I think you’ll get there,” he said.

Senate Republicans last week rolled out a roughly $1 trillion proposal after working closely with the administration in a bid to slow the potentially catastrophic impact of the coronavirus on the economy. As on Monday, more than 35,000 have tested positive for the illness in the United States, a number that is expected to surge as more tests are distributed. The bill included small business loans, direct payments for individuals and billions in aid for industries like airlines whose businesses have been hit hard by the virus and efforts to stop its spread.

Republicans had hoped to come to a deal with Democrats by Monday. Hospitals, workers, companies and states have all warned they need more resources. The airline industry, which is expecting financial relief from the bill, has raised continued alarm that without getting money fast, it could face dire outcomes.

The pressure to forge a deal and pass the bill took on added urgency as several members of Congress have tested positive for the coronavirus.

But negotiations that carried through the weekend had hit a sour note by Sunday afternoon. Democrats had already been frustrated that Senate Republicans drafted a bill with the administration, excluding them from the proposed bill’s original formation.

“Leader McConnell had to postpone his 3 p.m. cloture vote on the motion to proceed because, thanks to Leader Chuck Schumer and Senate Democrats, he did not have the 60 votes required,” Pelosi said in a statement Sunday.

Democrats on Sunday called out a number of issues they had with the bill, including a $500 billion fund to support “severely distressed business.” That includes $58 billion for passenger and cargo airlines and $17 billion for businesses critical to maintaining national security, according to a draft bill obtained by CNBC.

A previous draft bill allocated $150 billion for distressed businesses, in addition to $58 billion for airlines and cargo carriers.

The bill gave considerable authority to the Treasury to implement that fund. It offered concessions to Democrats like a ban on stock buybacks while a loan is outstanding and maintaining payroll “to the extent practicable,” but some worried those stipulations weren’t strong enough. One Democratic aide said that they believed the bill gave Treasury the power to waive the ban on buybacks.

Other protections for workers and aid for hospitals were also not included.

“In the midst of an unprecedented national crisis, Republicans can’t seriously expect us to tell people in our communities who are suffering that we shortchanged hospitals, students, workers, and small businesses but gave big corporations hundreds of billions of dollars in a secretive slush fund,” said Sen. Patty Murray, D-Wash., whose home state is one of the hardest-hit by the disease’s outbreak.

Murray is ranking member of the Senate Health, Education, Labor, and Pensions Committee. The panel is pushing for a number of additions, including more funding for hospitals and medical equipment.It also wants the Department of Labor to create a regulatory standard protecting frontline workers, like nurses, during crises like the coronavirus.

Airline companies were also disappointed in the bill, which offered aid primarily in the form of loans and guarantees, rather than the mix of cash grants and loans they have sought.

The bill also left open the possibility of the government participating in the gains of its loans, including through warrants, stock options or equity. Trump has he would not be opposed to taking an equity stake in companies to which the government extends aid.

The CEOs of American, Delta, Southwest, United and others on Saturday said the industry would have to furlough workers without $29 billion in “worker payroll protection grants.” If they receive that amount in that form, they said they wouldn’t furlough employees through Aug. 31.

Executives over the last week have sent out a series of grim letters to employees and congressional leadership, saying if the government doesn’t act fast, it could cost jobs.

“The Machinists will not support any relief package that does not put airline workers first,” said International Association of Machinists and Aerospace Workers’ president, Robert Martinez Jr. in a release. The union represents some 140,000 airline workers. “Unlike the bank bailout, the airline industry did not create this crisis.”

Business Activity Slows Around the World