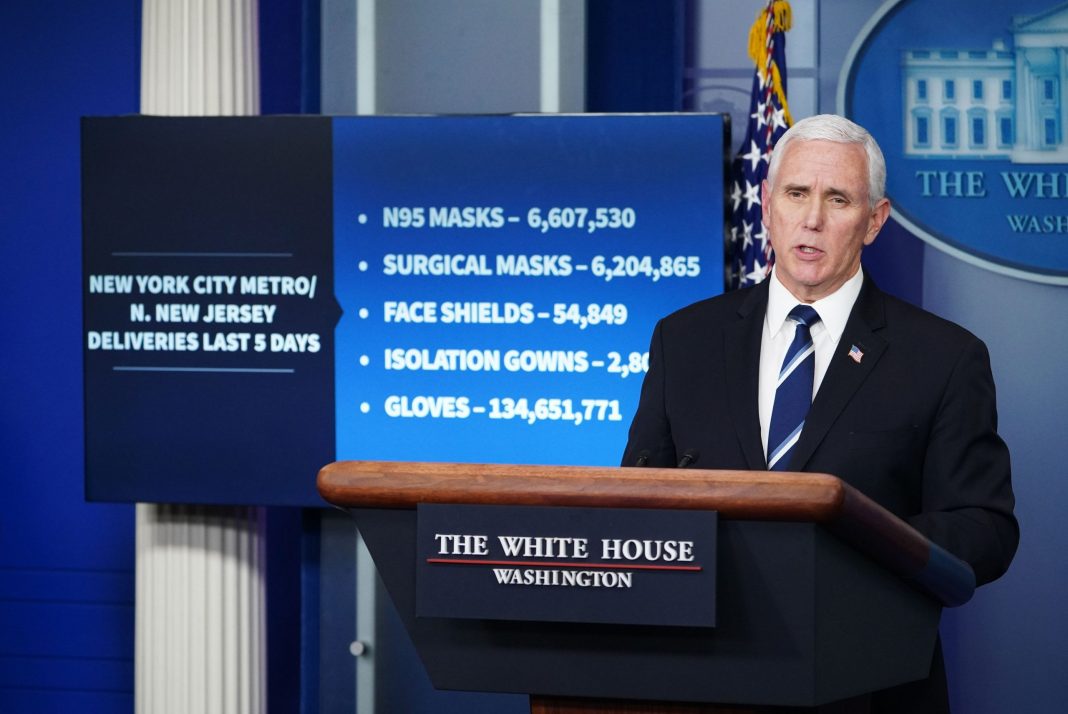 Investor focus remains attuned to signals of an end to the outbreak and subsequent market recovery, leading to some volatile trading on Wall Street. Despite its worst day for deaths since the outbreak began, New York Governor Andrew Cuomo said Tuesday that the country’s hardest-hit state was seeing a slowdown in new hospital admissions.

On Tuesday, U.S. President Donald Trump lashed out at the World Health Organization (WHO) for getting “every aspect” of the pandemic wrong and threatened to withdraw funding from the international body.

Meanwhile, Trump defended his weeks spent publicly downplaying the severity of the coronavirus even after it arrived in the U.S., despite dire warnings from global health officials and his own trade advisor, by characterizing himself as a “cheerleader.”

The U.S. had confirmed 399,886 cases as of Wednesday morning and 12,907 Americans have lost their lives, according to Johns Hopkins University.

On Wednesday afternoon, the Federal Open Market Committee (FOMC) publishes its meeting minutes from its March meeting, revealing the deliberations which took place after the Federal Reserve took the emergency decision to cut rates to zero for the first time since the financial crisis.