Home Opinions How Trump can win re-election in a pandemic 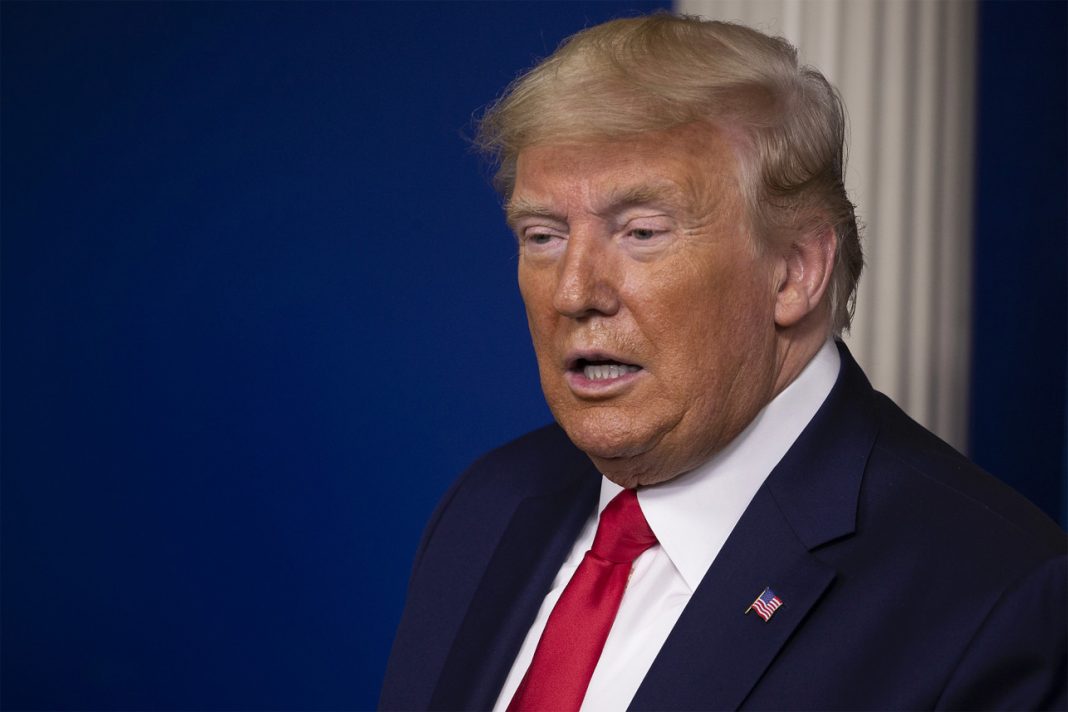 Three weeks ago, President Trump seemed poised for victory in November. The economy was strong. The nation was at peace. That is usually a recipe for re-election — despite Trump’s habit of tweeting controversial things.

But then the coronavirus hit. And everything has changed.

Our material prosperity, so carefully cultivated by the president, is now gone. It does not take a Ph.D. in the “dismal science” of economics to know that the nation’s economic outlook over the next weeks and months is dismal.

Our peace is gone, too—an especially ironic development for this president. No leader in a generation has been less inclined than Trump to commit the United States to foreign entanglements. But here we are, entangled with a microbial enemy from overseas.

If we were going by the book, we’d have to conclude that Trump is a goner in November. History tells us that presidents do not win re-election in situations like this.

But the situation is much more complicated.

As much as the Democrats and the dead-end Never Trumpers wish to make it so, the coronavirus is not Trump’s fault. Sure, there were mishaps in testing, but a fair view pins the blame on the government bureaucracy, not the president. Where he had discretion to act early, he did so decisively and beneficially, closing off travel with China. He certainly was too overoptimistic in his early assessments of this plague, but then again, weren’t most of us?

A crisis has been thrust upon this president, much like secession was thrust upon Abraham Lincoln, the Great Depression upon Herbert Hoover, and 9/11 upon George W. Bush. The country is not going to judge the president because of this, but they will judge him on how he responds to it.

That is the ground upon which the 2020 election is going to be fought.

To win re-election, the president must give the country confidence that he is mobilizing the full force of the federal government. He can leave nothing on the table. If the people judge, after the dust has settled, that Joe Biden — the presumptive Democratic nominee ­— could have done a better job, Trump will lose.

Do not underestimate the intelligence of the electorate. They know this is going to be bad. They are not looking for a miracle cure. They are looking for vigor and effectiveness. President Trump must provide that.

But he also has to explain why this has happened to the country. In retirement, President Lyndon Johnson mused that, “martyrs have to die for causes. John Kennedy had died, but his ‘cause’ was not really clear. That was my job.”

Trump has to do likewise. He has to make sense of this virus for the American people. What lessons must we learn from its emergence? What does it say about our current place in the world? What do we need to do to fix it?

This president is the best person to tell a compelling story about this disease. Virtually alone among top politicians, he has been a skeptic of globalization. He has resisted the impulse to let America float along in the currents of the world. He has to make that argument to the people once again. He has to be gentle and tactful, but he must remind them that we are special, that we are a nation set apart, and that we have to act accordingly.

If he can do these two things­ — manage the virus and explain it to the people — he will not only win re-election. He will have won the most consequential re-election in a generation or more.

Yes, you should plan on traveling to see family for Thanksgiving