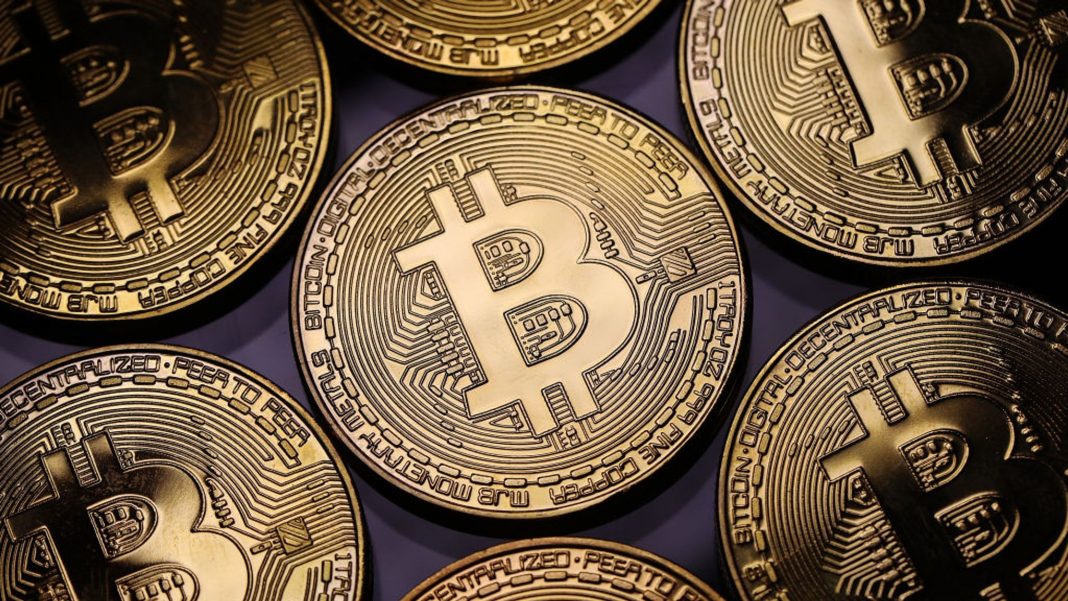 Equity markets are also flashing green alongside the recovery rally in bitcoin.

S&P 500 futures are currently reporting more than 3 percent gains, while the Euro Stoxx 50 index – the Eurozone’s benchmark index – has added more than 2 percent to its value.

Asian markets had gapped lower at the open, tracking the overnight losses on Wall Street, but recovered a major portion of the losses before the closing bell.

While bitcoin’s recovery looks impressive, the cryptocurrency is still down by more than $2,000 from levels near $8,000 seen early on Thursday.

Bitcoin is now reporting a 27 percent loss on a year-to-date basis after showing gains of 46 percent just a month ago, when the cryptocurrency was trading near $10,500.

Back then, bitcoin was outshining gold by a notable margin, as the yellow metal was flashing a 6 percent gain for 2020. However, as of March 13, gold is back on top with a 7.5 percent year-to-date gain.

The yearly gains were shed as the cryptocurrency plummeted by nearly 39 percent on Thursday during the relentless coronavirus-led sell-off in risk assets. The resulting liquidity crisis was accentuated by a massive long squeeze (forced liquidations) on prominent crypto derivatives exchanges like BitMEX.

Bitcoin’s sudden crash from $8,000 to $3,867 looked overstretched as per technical studies.

Indeed, the widely tracked relative strength index (RSI), which oscillates between zero to 100, had dropped to 15 – the lowest since November 2018. A below-30 reading indicates the cryptocurrency is oversold.

As a result, the rise seen over the last few hours could be an “oversold bounce,” which occurs when investors view a preceding sell-off as too severe and ease selling pressure by squaring off short positions.

“Bitcoin will regain poise with risk assets, which will start seeing a sustainable recovery once there is stabilization in the coronavirus infection curve,” Mike Alfred, co-founder, and CEO of Digital Assets Data told CoinDesk.

As per the latest reports, coronavirus continues to spread in Europe and the U.S. Therefore, the current uptick in the equity markets could be a chart-driven bounce or investors may have taken heart from the Federal Reserve’s decision to inject $1.4 trillion-worth of liquidity into the financial system.

If the recovery gathers momentum during the U.S. trading hours, bitcoin could very well find acceptance above $6,000 once more.

However, as long as the virus outbreak shows no signs of slowing down, the risk of further downside moves in equities and bitcoin would remain high.

Still, dips below $5,000 would be transient, according to Alfred, as there is too much fundamental demand from long-term holders – investors who bought bitcoins before the massive rally from $6,000 to $20,000 seen in the fourth quarter of 2017 and during the last five weeks of 2018.

Currently, there are 12.19 million addresses that acquired coins below $5,700, according to blockchain intelligence firm IntoTheBlock.

These players could increase their exposure on price drops below $5,000, especially with the miners’ reward halving (a bitcoin supply cut) due in two months.

The long lower wick attached to the current weekly candle suggests seller exhaustion below the 200-week average. If history is a guide, bitcoin looks to have found a bottom below $4,000.

That does not necessarily imply a v-shaped recovery to $10,000. If the equities resume their sell-off, prices might revisit sub-$5,000 levels.

Bitcoin collector MicroStrategy fills its wallet with another $1 billion