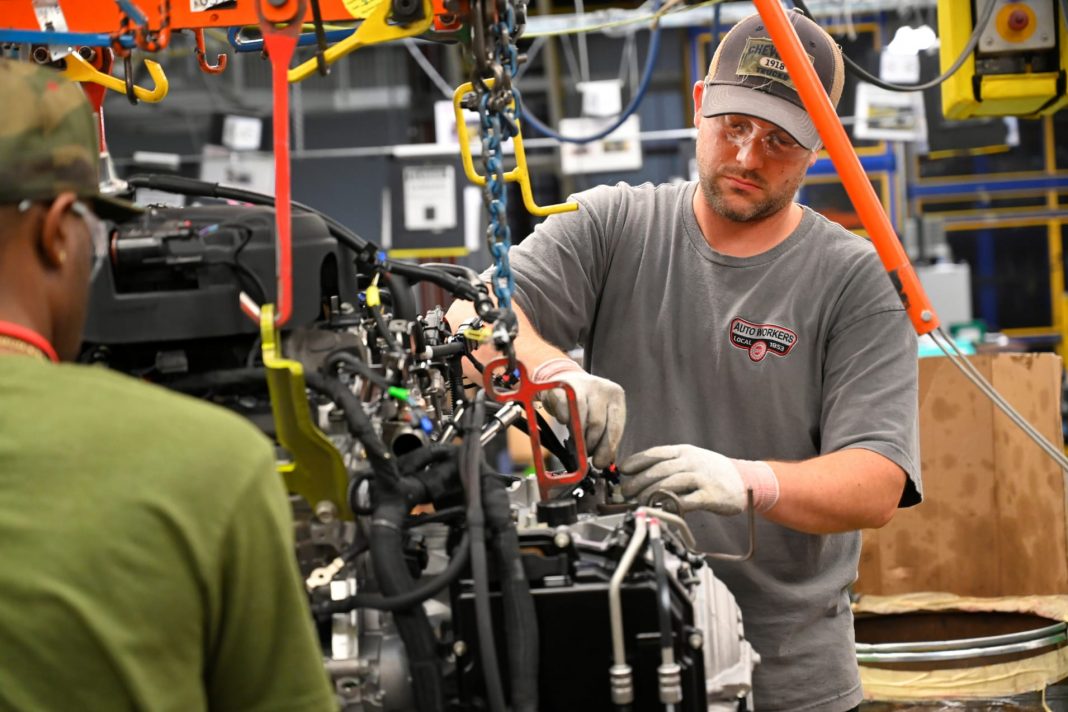 U.S. producer prices fell by the most in five years in February, pulled down by declines in the costs of goods such as gasoline and services.

The Labor Department said on Thursday its producer price index for final demand dropped 0.6% last month, the biggest decline since January 2015, after surging 0.5% in January.

In the 12 months through February, the PPI increased 1.3% after gaining 2.1% in January. Economists polled by Reuters had forecast the PPI dipping 0.1% in February and rising 1.8% on a year-on-year basis.

Excluding the volatile food, energy and trade services components, producer prices slipped 0.1%, the first drop since June, after climbing 0.4% in January. The so-called core PPI advanced 1.4% in the 12 months through February after rising 1.5% in January.

The report came on the heels of data on Wednesday showing a surprise rise in consumer prices in February and steady increase in underlying inflation. But the signs of some inflation in the economy are likely short-lived as the coronavirus pandemic suppresses demand for services like transportation, hotel accommodation, entertainment and recreation.

In addition, fears of a global recession because of the virus and an oil price war between Russia and Saudi Arabia have sent crude prices tumbling. This, together with weak demand for services is expected to offset price increases caused by bottlenecks in the supply chain.

The Federal Reserve tracks the core personal consumption expenditures (PCE) price index for its 2% inflation target. The core PCE price index rose 1.6% on a year-on-year basis in January. It undershot its target in 2019. February’s PCE price data will be published later this month.

In February, wholesale energy prices dropped 3.6% after falling 0.7% in January. They were weighed down by a 6.5% plunge in gasoline prices, which followed a 1.5% decline in January. Gasoline accounted for nearly one-third of the drop in the cost of goods last month.

Goods prices tumbled 0.9% last month, the most since September 2015, after ticking up 0.1% in January. Wholesale food prices fell 1.6% in February after climbing 0.2% in the prior month. Core goods prices dipped 0.1% last month. They increased 0.3% in January.

The cost of services dropped 0.3% in February after rebounding 0.7% in January, the most since October 2018. There were decreases in the cost of airline tickets and hotel accommodation, which recorded its biggest decline since April 2009.

But the cost of healthcare services rose 0.2% last month after rising 0.6% in January. Portfolio management fees increased 0.3% after accelerating 2.3% in January. They could, however, take a hit from an ongoing sharp sell-off in the stock market.

Those healthcare and portfolio management costs feed into the core PCE price index.