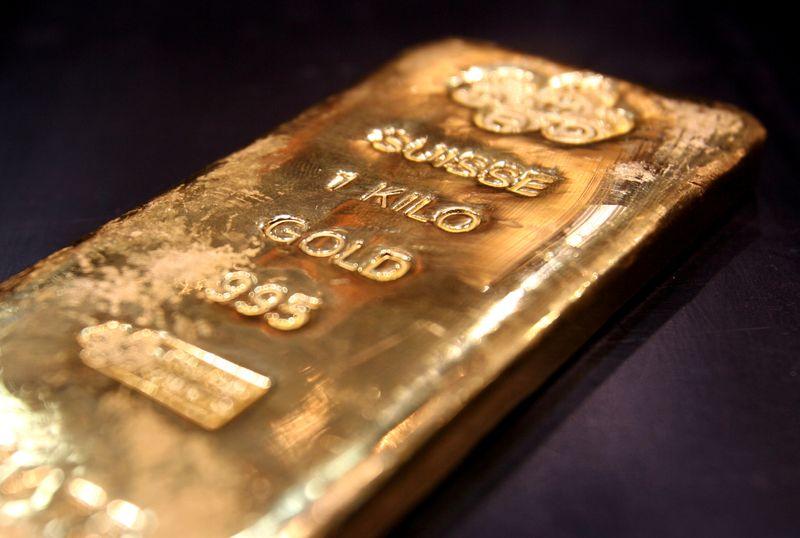 The travel ban “is a big surprise and a big shock to the market” and shows that investors are yet to see the full financial fallout from the coronavirus outbreak, said IG Markets analyst Kyle Rodda.

On the flip side, traders are selling gold to fund margin calls, providing a headwind for the metal, Rodda added.

U.S. President Donald Trump on Wednesday announced the suspension of all travel from Europe, except from the United Kingdom, to the United States for 30 days, leading to a sell-off in global stock markets and the dollar. [USD/]

However, the bullion did pare some gains from the 0.9% jump it saw earlier during the volatile session.

“…Gold is now feeling the pinch from the fall in financial markets and travel ban. So, investors will keep money out of the markets for some time or book profits from the high levels, because of which we’ve seen some selling pressure in gold,” said Vandana Bharti, assistant vice-president of commodity research at SMC Comtrade.

The World Health Organization (WHO) on Wednesday described the new coronavirus as a pandemic, with more than 119,100 people infected globally.

Global central banks have taken steps to shield their economies from the outbreak, with the Bank of England being the latest to cut interest rates on Wednesday. The U.S. Federal Reserve reduced rates in an emergency move last week.

The European Central Bank is expected to follow suit when it holds its meeting later in the day.

While markets have priced in a 10 basis point move, rates are already at a record-low of minus 0.5%.

“Palladium is one of the riskier assets,” SMC Comtrade’s Bharti said, adding that reduced demand from the automobile sector is weighing on the metal.