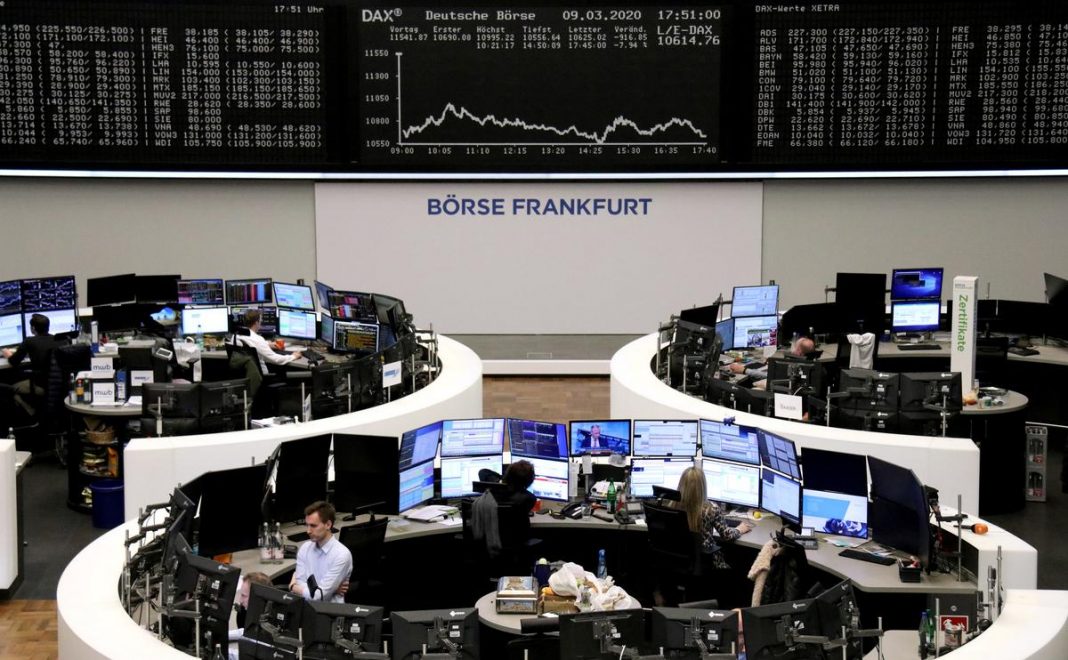 The pan-European STOXX 600 gained 2.7% , but was far from making up for the 7% slump on Monday that pushed the index into bear market territory – seen as a 20% drop from recent all-time highs.

The recovery gained some steam as investors pinned their hopes on coordinated policy actions from governments and central banks around the world to ease the hit from the outbreak. U.S. President Donald Trump promised a “major” step on Monday and said he would discuss a payroll tax cut with congressional Republicans.

With all of Italy under lockdown, the government is set to approve measures worth around 10 billion euros ($11.35 billion), while officials estimate that Berlin could put together a stimulus package worth up to 50 billion euros ($57.30 billion).

Germany’s finance Minister Olaf Scholz told a local media group on Monday the government would do “everything necessary” to stabilize it.

“It’s one of the triggers of the rebound we’re seeing,” OANDA analyst Craig Erlam said. “But we’re coming off severe downside, so I wouldn’t be very optimistic even with today’s price action so far.”

Monday’s rout in oil markets following a price war between Saudi Arabia and Russia added to fears of a further hit to global growth, already reeling under the impact of the outbreak. The STOXX 600 is still down 19.5% from all-time highs.

Focus turns to the European Central Bank meeting on Thursday, with traders betting on another 10 basis point interest rate cut.

German logistics firm Deutsche Post (DPWGn.DE) jumped 7% after saying it had started to see volumes in China recover from the impact of the coronavirus outbreak, and announced a bigger than expected annual dividend.

Shares in DiaSorin (DIAS.MI) soared 12% to the top of STOXX 600 after the Italian diagnostics group said it had completed studies for the launch of a test for COVID-19.