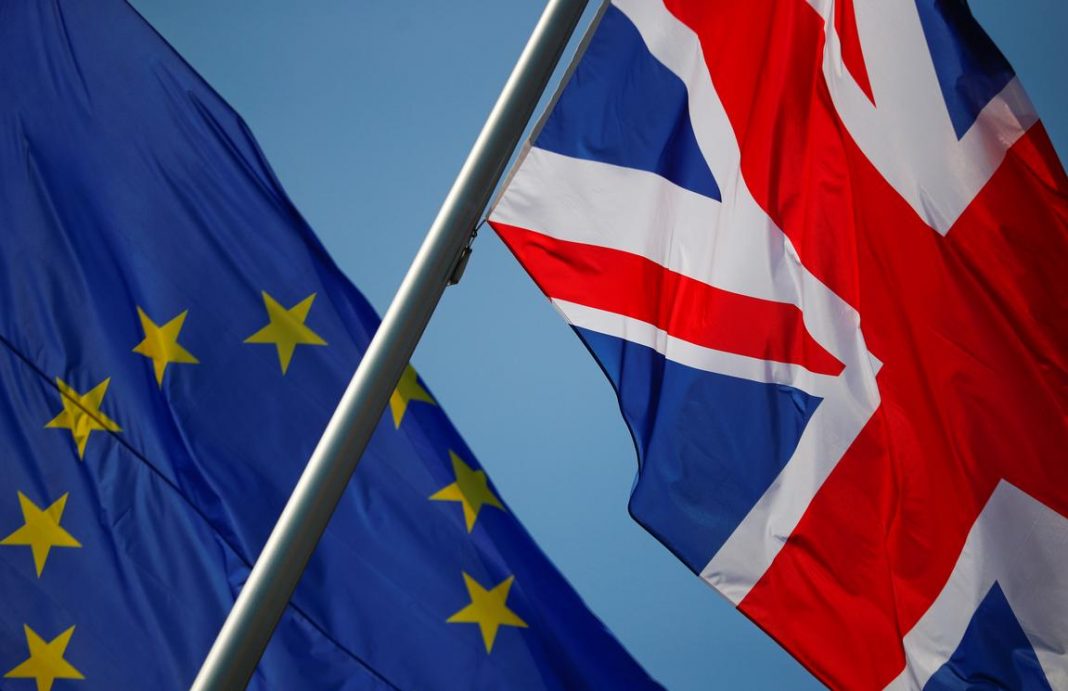 Britain’s tortuous divorce from the European Union veered into fresh crisis on Monday after London threatened to undermine the exit agreement unless free trade terms are agreed by next month.

In yet another twist to the four-year saga since Britain voted narrowly to quit the bloc, Prime Minister Boris Johnson’s government was reportedly planning new legislation to override parts of the Brexit Withdrawal Agreement it signed in January.

That could potentially jeopardise the whole treaty and create frictions in British-ruled Northern Ireland where special arrangements had been made to avoid a hard border with Ireland to the south that could be detrimental to a peace agreement.

Sections of the proposed internal market bill are expected to “eliminate the legal force of parts of the withdrawal agreement” in areas including state aid and Northern Ireland customs, the Financial Times newspaper said, citing three people familiar with the plans.

EU diplomats were aghast, cautioning that such a step – leaked on the eve of new talks in London – would tarnish Britain’s global prestige and heighten chances of a tumultuous final disentangling from the bloc on Dec. 31.

The report was neither confirmed nor denied by Britain.

A government spokeswoman said it would work to resolve outstanding disagreements about Northern Ireland with the EU but was considering fall back options. “We will always reserve the right to act in the best interests of Northern Ireland and the UK’s internal market,” she said.

“Our top priority is to preserve the huge gains from the peace process and the Belfast (Good Friday) Agreement, as well as protecting Northern Ireland’s place in our United Kingdom.”

Sterling GBP=D3 fell against the dollar and euro.

Britain left the EU on Jan. 31 but talks on a new trade deal before the end of a status-quo transition arrangement in December have snagged on state aid rules and fishing.

London has set a deadline of Oct. 15 to strike a deal.

“If we can’t agree by then, then I do not see that there will be a free trade agreement between us, and we should both accept that and move on,” Johnson was to say on Monday, according to his office.

WHO WILL BLINK FIRST?

European diplomats said Britain was playing a game of Brexit chicken by threatening to collapse the process and challenging Brussels to blink first. Some fear Johnson may view a no-deal exit as useful distraction from the coronavirus crisis.

Without a deal, about $900 billion annual trade between Britain and the EU could be thrown into uncertainty, including rules on everything from car parts and medicines to fruit and data.

Some Brexit-supporting members of the ruling Conservatives oppose the withdrawal agreement as threatening British independence even if the two sides secure future trade ties.

There was surprise and anger on both sides of the Irish border and in Brussels at the reported plan to undermine the withdrawal pact.

“I trust the British government to implement the Withdrawal Agreement, an obligation under international law & prerequisite for any future partnership,” said Ursula von der Leyen, head of the European Commission.

“Protocol on Ireland/Northern Ireland is essential to protect peace and stability on the island & integrity of the single market,” she added on Twitter.

British Environment Secretary George Eustice said the government was committed to implementing the Withdrawal Agreement but some legal ambiguities needed to be tidied up over the Northern Irish protocol.

“We are not moving the goal posts,” he told Sky News.

EU chief negotiator Michel Barnier acknowledged anxiety but declined to comment on the FT report. “I remain worried … the negotiations are difficult, because the British want the best of both worlds,” he told France Inter radio.

If no deal is agreed, Britain would have a trading relationship with the bloc like Australia’s, which would be “a good outcome”, Johnson was also to say on Monday.

Australia is negotiating a free trade deal with the EU to improve its market access, but for now largely trades with the bloc on World Trade Organization terms.