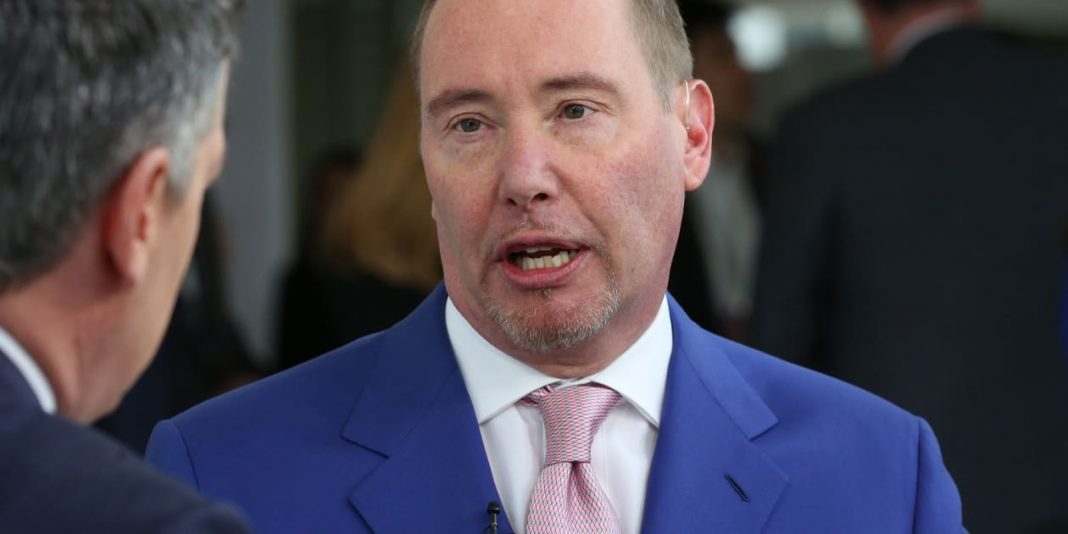 “Bond King” and DoubleLine Capital CEO Jeffrey Gundlach said Thursday that he believes the Federal Reserve panicked in cutting interest rates earlier this week and that short-term U.S. rates are headed for zero.

“If we look at history, once the Fed does a panic, intermeeting rate cut, particularly when it’s 50 basis points … they typically cut pretty quickly again,” Gundlach said. “I’m in the camp that the Fed is going to cut rates again, perhaps even in two weeks” during its regularly scheduled meeting.

The benchmark 10-year Treasury note yield hit an all-time low under 0.9% just after the longtime bond investor made his comments on CNBC’s “Halftime Report” around 12:40 p.m. ET. The 2-year U.S. rate hit also hit a record low of 0.554% earlier in the session.

“We will see short rates headed toward zero,” Gundlach added. And “when I say panicked, it doesn’t mean it’s not justified. Sometimes panic is justified.”

“Business activity is likely to contract,” he said. “I received multiple emails today of clients that were planning on visits to DoubleLine saying they’re canceling them.”

Although President Donald Trump has spoken fondly of negative interest rates, Gundlach said he doesn’t think the Fed is likely to follow the route taken by Japan and some countries in Europe.

On Tuesday, the Federal Reserve lowered its benchmark interest rate unexpectedly by 50 basis points, saying that the spread of the coronavirus “poses evolving risks to economic activity.” The move marked the first time since the financial crisis that the U.S. central bank was forced to impose an emergency rate cut.

The action failed to ease stock market concern about the potential economic impact of the coronavirus outbreak, however, but sparked a sharp drop in short-term U.S. rates. Markets remain fearful that the disease will prevent major exporters, like China, from sending components to American manufacturers and have a rippling effect on global growth.

Risk assets continued their slide Thursday as the Dow Jones Industrial Average was down more than 900 points, or 3.4%, in midafternoon trading. The Dow fell more than 1,000 points earlier in the day. The S&P 500 dropped 3.3%, led lower by rate-sensitive regional and consumer-facing banks that generate profits through loans.