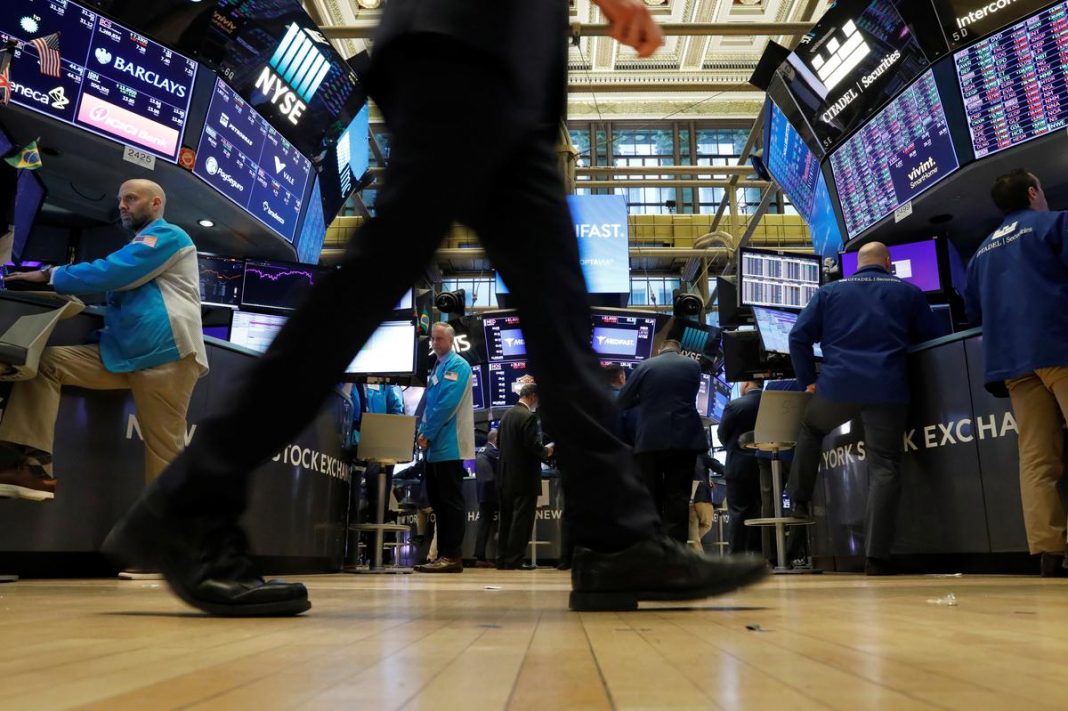 After the stock market extended gains in the session’s final minutes, the Dow wrapped up its strongest one-day gain since 2009, while the S&P 500 and Nasdaq each had their strongest one-day rise since December 2018.

That rally followed the U.S. stock market’s worst week since the 2008 financial crisis, sinking into correction territory on Thursday due to fears of a recession resulting from the epidemic.

The S&P 500 remains down 8.7% from its Feb. 19 record high close. Many investors will consider the index to remain in a correction until it reclaims its high.

Apple jumped 9.3% in its largest one-session leap since 2008. The iPhone maker is still down nearly 9% from its record high close on Feb. 12.

“We can shrug off an economic downturn, but if it starts to spill into companies’ capacity to pay their debts, then that creates deeper problems. But it seems to me like the central banks are linking arms to find a way to insulate the credit markets from economic uncertainty,” said Jack Ablin, chief investment officer at Cresset Wealth Advisors in Chicago.

Traders see a 100% chance of a 50 basis point rate cut at the Fed’s March meeting, according to CME Group’s FedWatch tool.

Trading was very busy on U.S. exchanges, with 14 billion shares changing hands compared with a 9.5 billion-share average for the last 20 days.

The S&P 500 information technology index jumped 5.7% in its strongest session since December 2018.

“The Fed can cut rates all it wants, that is not going to put a person in a factory producing a product if that person is quarantined,” said Randy Frederick, vice president of trading and derivatives for Charles Schwab in Austin, Texas.

“I don’t think (monetary policy) solves the problem … This particular one is both supply and demand, it will help but it won’t fix the problem.”

Advancing issues outnumbered declining ones on the NYSE by a 4.32-to-1 ratio; on Nasdaq, a 2.69-to-1 ratio favored advancers.