Home Opinions Washington’s birthday was celebrated during his presidency, successors hated it 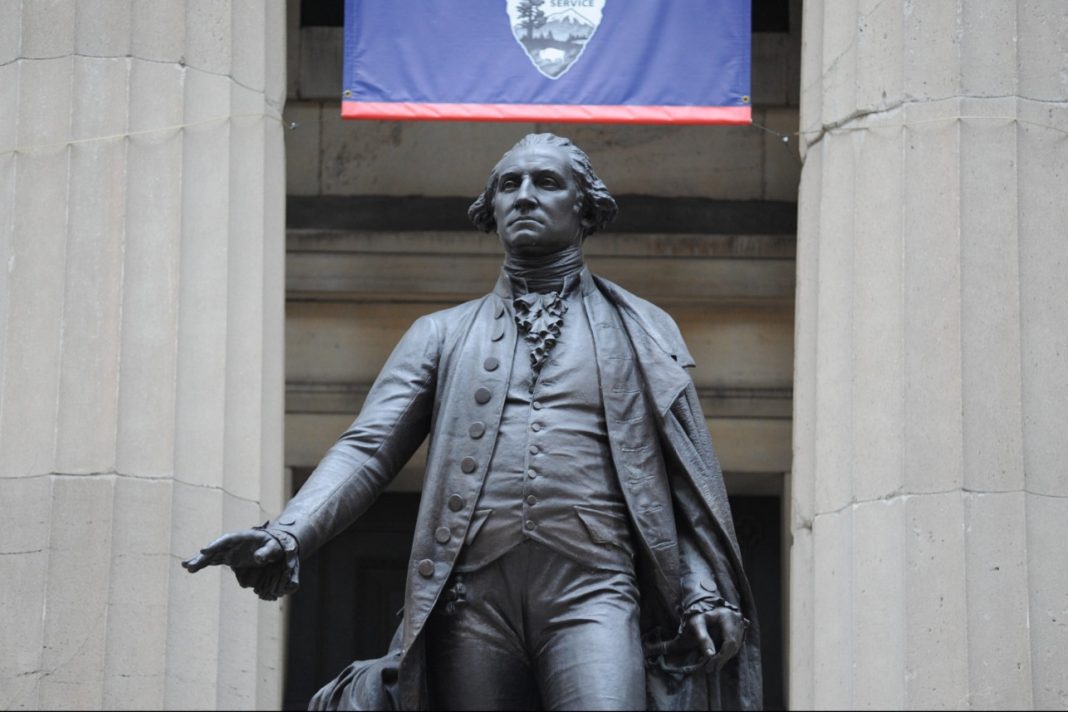 Simple gratitude should suffice for reason to celebrate the third Monday in February by its official name, Washington’s Birthday, rather than by its popular one, Presidents’ Day.

But if winning the Revolutionary War, presiding over the Constitutional Convention and surrendering power after two terms as president are no longer enough to warrant George Washington having his own holiday, here is one more reason not to make him share with the other presidents: His earliest successors didn’t even like celebrating his birthday. Although Washington’s birthday didn’t emerge as a federal holiday until the late 19th century, informal celebrations took place throughout his presidency.

During Washington’s last years in office, however, disgust with the elaborate annual festivities provided a rallying point for the emerging opposition party known as the Republicans, whose leaders included the future third (Thomas Jefferson), fourth (James Madison) and fifth (James Monroe) presidents.

The celebration that day in the then-capital of Philadelphia began as usual with cannons firing and well-wishers trudging through snowy streets to the house where Washington lived. By tradition, the House of Representatives usually passed a motion to adjourn for a half hour so members could pay their respects. But when the ­motion came up for a vote this time, Madison’s fellow House ­Republicans defeated it.

“Last year there were but thirteen dissentients,” Madison boasted after the vote. “This year the motion to adjourn was negatived by fifty against thirty-eight.” Though he viewed the vote as ­“indicative” of growing disenchantment with the birthday festivities, he conceded that Philadelphia’s “fashionable circle” had still “celebrated with greater splendor than ever.”

Washington’s vice president, John Adams, no Republican himself, conceded that so-called birth-night balls could be “tedious” for those (such as himself) unable to dance. But he attended one nonetheless in February 1797, just days before Washington bade farewell to Philadelphia and left the presidency. As Adams succeeded to the top office, he supposed that people wouldn’t celebrate his own birthday in the same style but, at least, would no longer expect him to sit through balls in honor of his predecessor.

Adams was only half right. Less would happen on his birthday, but Philadelphians would persist in ­inviting him to balls in honor of Washington’s. The angry response Adams sent back in 1798 leaked to a newspaper and caused a scandal. “I have received your polite invitation … and embrace the earliest opportunity of informing you that I decline accepting it.”

The language offended Washington’s friends. They called it “petulant and rude.”

Adams’ wife, Abigail, insisted that it was the Philadelphians who had been rude. “They have the least feeling of real genuine politeness of any people with whom I am acquainted,” she wrote. “As an instance of it, they are about to celebrate not the birthday of the first magistrate of the union … [but] of a private citizen, for in no other light can Gen. Washington be now considered.” Attending, she ­argued, would degrade her husband’s office.

No one had more reason to avoid Washington’s birthday parties that same year than Monroe, who had served as American minister to France during Washington’s presidency and recently published what today would be called a tell-all book attacking major foreign-policy decisions Washington had made. “We are to dance on their birth night, forsooth, and say they are great and good men, when we know they are little people,” Monroe wrote his friend Jefferson, who was then serving as Adams’ vice president.

Later, as president himself, Jefferson would refuse to let people celebrate his own birthday in the belief that they should celebrate only the anniversary of the Declaration of Independence, which he had written.

He wanted it known that he disliked “transferring the honors and veneration for the great birthday of our republic to any individual,” including Washington.

But in 1798, Jefferson took some hope in the response to Adams’ ­refusal to attend the ball. The outrage revealed that most people had no intention of celebrating presidents in general. They wished to celebrate only one particular president, the Father of His Country.

This history should offer Americans hope. In the wake of an impeachment battle that has exposed deep disagreements over how to judge recent presidents, perhaps we can all agree that the title of president alone doesn’t confer automatic greatness. On the third Monday in February, let us celebrate the true source of Washington’s greatness: his virtues, not the office he held.