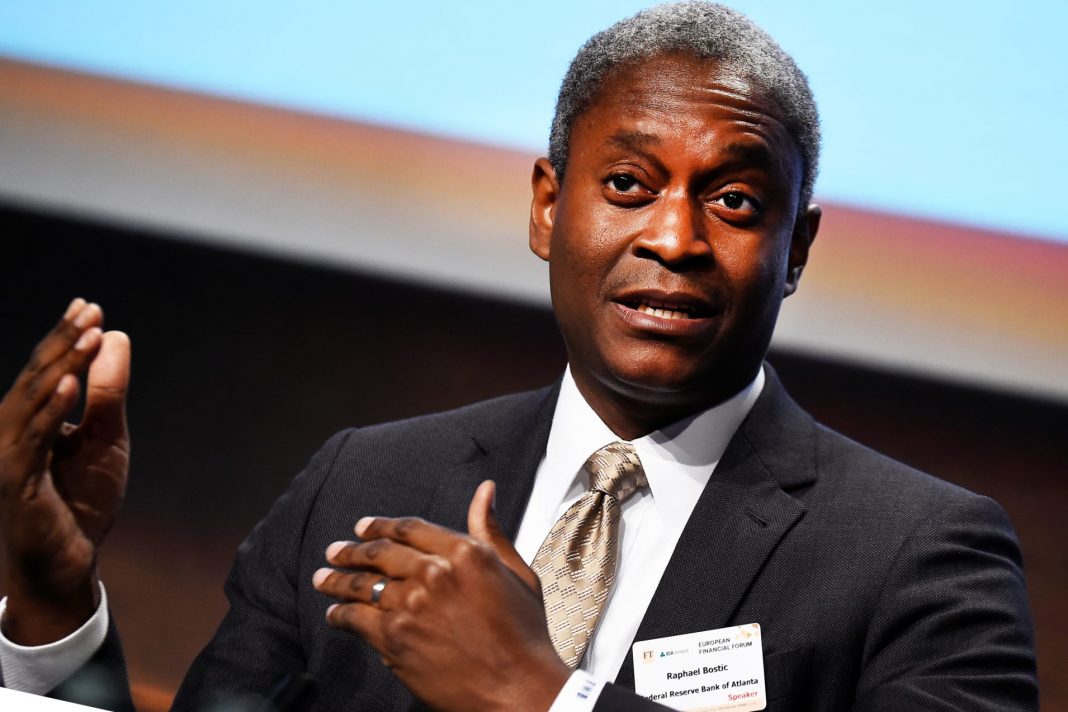 China’s virus outbreak has prompted traders to begin pricing in a U.S. interest rate cut by June but has not swayed the views of Atlanta Federal Reserve Bank President Raphael Bostic, one of 17 Fed officials who set U.S. monetary policy.

“We did three cuts and right now they are working their way through the economy,” Bostic said of the Fed’s interest-rate reductions last year. “We’ll just have to wait and see. That was a lot of stimulus for where the economy was and should make it more resilient to these sorts of things.”

In central China’s Hubei province, the epicenter of the epidemic, China state TV reported there were 2,345 new cases of the virus and another 64 deaths, bringing the total of virus-related fatalities in Hubei to 414 by Monday.

“If this becomes a world issue, with ripples through many countries and many economies, then that’s a different type of event than as I understand it to be today,” Bostic said in an interview on the sidelines of a Global Interdependence Center conference in San Diego. “But given our past recent experience with these sorts of things, I don’t think it should; it hasn’t changed my outlook or my expectation about our rates path.”

Last week. Fed Chair Jerome Powell said the U.S. central bank was watching the epidemic closely, and while he expected it to hit China’s economy, it was unclear what effect it would have on the United States.

Futures tied to the Fed’s policy rate, which in early January showed most bets were on a rate cut by November, now suggest two rate cuts are likely by year’s end.

Bostic, however, said that with inflation steady, employment near its maximum level, and business leaders and communities giving no sign they are changing hiring or investment plans, the “signal to me right now is, the economy is going to keep chugging.”

The Fed cut rates three times last year to a target range of 1.5% to 1.75%, and most policymakers have signaled it will likely be appropriate to leave rates there through to the end of 2020, unless there is a material change in the outlook.

Bostic noted that while inflation has missed the Fed’s 2% target as measured by the personal consumption expenditures price index, it is at or near target by other measures. The Fed could, he suggested, use a range of measures to judge whether it is meeting its inflation target, not just PCE inflation.

The policymaker said he would be open to tweaking the Fed’s approach to inflation, including a target range, an average rate of inflation over time, or a strategy to target higher inflation for a certain period should inflation come in too low for too long.

The Fed is currently conducting a review of such questions, which it expects to wrap up mid-year.

Economist calls for calm on inflation talk: ‘Everything ultimately will settle...