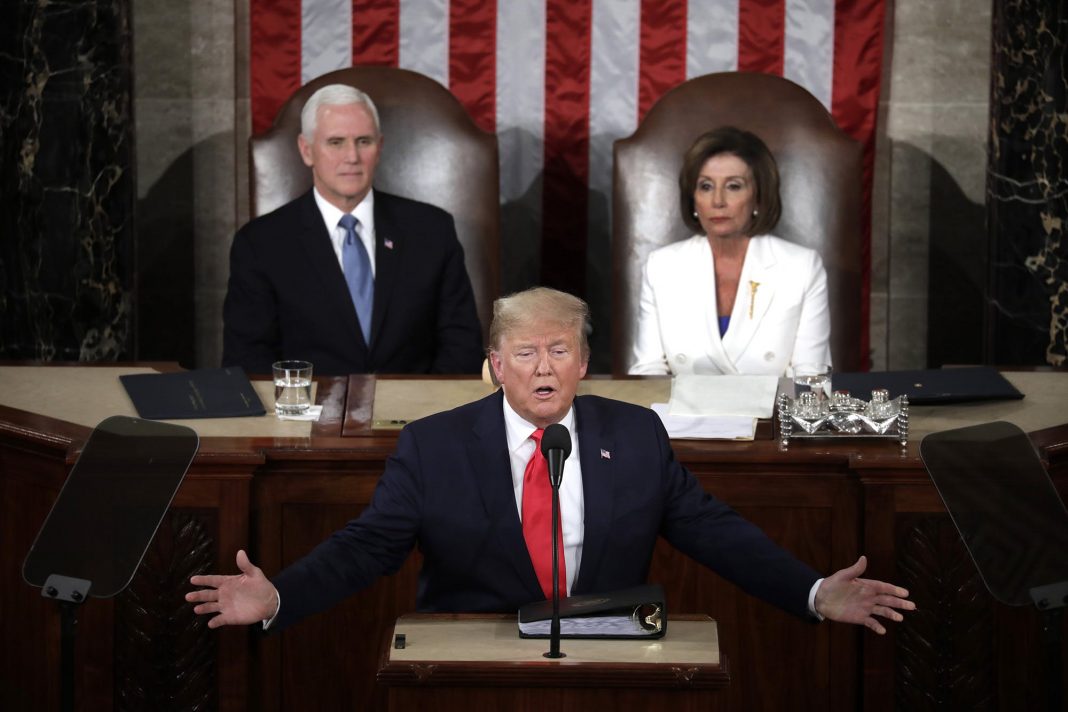 “All of those millions of people with 401(k)s and pensions are doing far better than they have ever done before with increases of 60, 70, 80, 90 and 100 percent and even more,” Trump said in his address to a joint session of Congress.

While pensions and retirement funds were lifted by the rise in stock markets, the president has avoided talking about one key point about who really benefits when the market rallies: Most of the gains go to the small portion of Americans who are already rich.

That’s because 84% of stocks owned by U.S. households are held by the wealthiest 10% of Americans, according to an analysis of 2016 Federal Reserve data by Edward Wolff, an economics professor at New York University. So when the stock market has a blockbuster year – such as the nearly 30% rise in the S&P 500 benchmark index in 2019 – the payoff primarily goes to people who are already rich.

“For most Americans, a stock price increase is pretty immaterial to their well-being,” said Wolff, who published a paper about wealth inequality in the National Bureau of Economic Research in 2017.

Roughly half of Americans own some stocks through a brokerage account or a pension or retirement fund. But for most people, the exposure is too small for market gains to be life-changing or leave them feeling much better about their finances, Wolff said. “They’ll see a small increase in their wealth, but it’s not going to be anything to write home about,” he said.

What’s more, nearly 90% of families who own stock do so through a tax-deferred retirement account, meaning they can’t access the money until they reach retirement age, unless they pay a penalty, Wolff said.

So who owns most of the stock market? The majority of corporate equities and mutual fund shares are held by investors who are white, college educated and above the age of 54, according to an analysis from the Center for Household Financial Stability at the Federal Reserve Bank of St. Louis.

The typical middle-class family gets the bulk of its wealth from the housing market. Households in the middle three quintiles of wealth held 61.9% of their assets in their principal residence in 2016, according to Wolff’s analysis. That compares to households in the top 1%, who held 7.6% of their wealth in their homes.

Because most consumers accumulate the majority of their wealth through their homes, a rise in property values can provide a more substantial boost to household wealth than a stock market rally, said William Emmons, lead economist at the St. Louis Fed’s Center for Household Financial Stability.

Still, the recent revival in the housing market, spurred in part by the Federal Reserve’s interest rate cuts, is not helping all Americans equally. Rising property values benefit homeowners but make it harder for aspiring home buyers to break into the market, said Eugene Steuerle, co-founder of the Tax Policy Center, a joint venture between the Urban Institute and the Brookings Institution.

And some people who bought homes immediately before the recession hit may still be trying to recover their losses, Steuerle said. Their wealth may have been wiped out by foreclosure, meaning they then struggled to qualify for a new mortgage during the recovery, he said.

That’s in sharp contrast to well-off investors, whose overall wealth surged after the crisis thanks to strong returns on stocks, property and other investments. Some 72% of wealth accumulated between the third quarter of 2009 and the third quarter of 2019 went to the richest 10% of households, according to an analysis by Oxford Economics. Over that same time period, the poorest 50% of households reaped only 2% of wealth gains.

“There are a lot of families that have not yet recovered from the financial crisis,” Emmons said.

Some more evidence that the recent stock market boom is not making everyone feel richer: There has been little evidence of the “wealth effect,” which says that people tend to spend more when stock markets are up, said Lydia Boussour, a senior economist for Oxford Economics.

Since the recession, people have mostly continued to increase their savings even as the stock market rose. “Consumers are a lot more cautious,” she said.