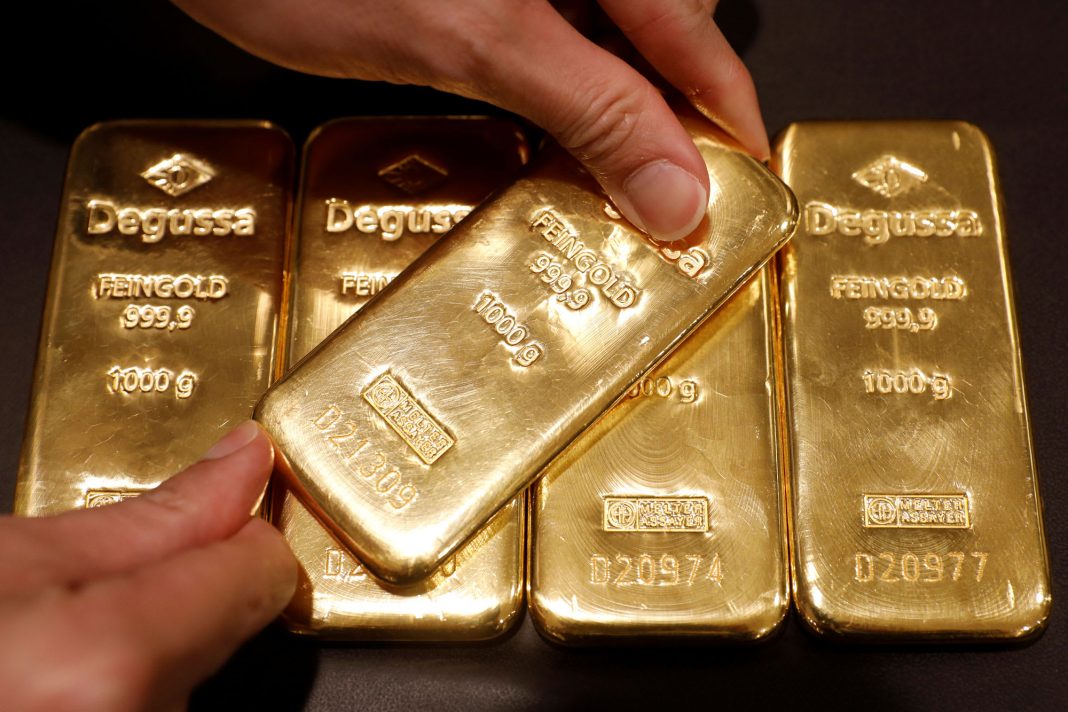 Gold has been confined to a limited range at the start of a new trading week. Volatility in the gold market has declined after a steep rejection from long-term highs above $1,600 nearly two weeks ago. On Monday, the prices have settled around $1,560, struggling for direction amid fairly low trading activity, in part due to a holiday in the US.

On the one hand, the upside potential is limited by an extended rally in the global financial markets following the signing of a partial trade deal as well as solid economic data out of the United States and China. Against this backdrop, Asian stocks climbed to 20-month highs on Monday, as risk appetite remains fairly strong these days. Also, a relatively firm dollar dents the appeal of the yellow metal. USDJPY extends gains, trading close to the highest levels since May 2019, clinging to the 110.00 figure. EURUSD struggled to get back above 1.11 after the recent plunge and turned negative in the daily charts. GBPUSD is back under the selling pressure below the 1.30 handle which is now acts as a resistance again.

On the other hand, buying ahead of the Chinese New Year and a missile attack in Yemen over the weekend give some support to the precious metal. Due to the presence of contradictory driving forces, gold struggles to show a directional impetus but upside risks still prevail for now.

From the technical point of view, the bullion needs to firmly regain the $1,560 handle in order to get back above the $1,575 region which is standing on the way to the $1,600 psychological level. So far, there are no drivers in the markets that could push the yellow metal substantially higher from the current levels. On the downside, the $1,535 level serves as the key support zone, while in a wider picture, the $1,500 level and the 100-daily moving average marginally below this level are the important support levels. In the short term, gold will likely remain in a limited range but further gains in the greenback could limit the upside attempts in the market.

AUDUSD welcomes a stimulus package deal in the US