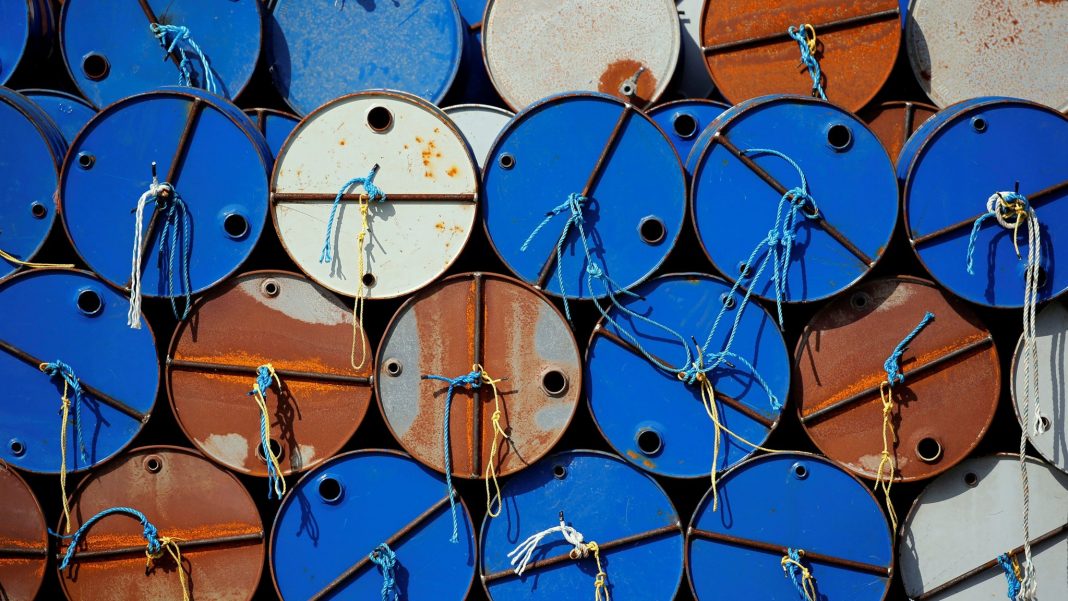 Oil prices remain under pressure on Monday, with Brent suffering losses for a sixth day in a row already. Traders have been pricing out the geopolitical tensions between the Unites States and China which peaked and eased substantially in the second half of last week. Against this backdrop, oil futures are back below the $65 handle and it looks like the market is ready for a bearish extension in the immediate term.
At that, market participants have completely ignored the Baker Hughes report which showed that the drilling activity in the US continued to decline last week, with oil rigs refreshing two-year lows. In part, the absence of any reaction to the release is due to the fact that crude oil production stays at record highs due to a rising output efficiency, so contraction in the number of oil rigs doesn’t affect production numbers substantially, as it was earlier.
Meanwhile, there is a chance that the market will derive some support from sighing of a phase one trade deal between Washington and Beijing due on Wednesday. As traders shift their focus from geopolitics to trade, market sentiment could improve. Still, much will depend on the details of the deal, as there is a risk that investors may be disappointed by the outcome of the important ceremony. Anyway, the fact that the world’s two largest economies are progressing towards a peaceful resolution of the trade conflict should at least cap the downside pressure in the oil market.
From the technical point of view, Brent futures may find a bottom around the 200-daily moving average at the $64 handle. In the immediate term, the prices need to get back above the $65 level in order to make another upside attempt. In the weekly charts, the picture still remains fairly positive despite a bearish week. The key upside target at the same timeframe comes around the 100-weekly moving average at $67.70. On the downside, failure to hold above the $64.50 area will open the way to the above mentioned moving average around $64.