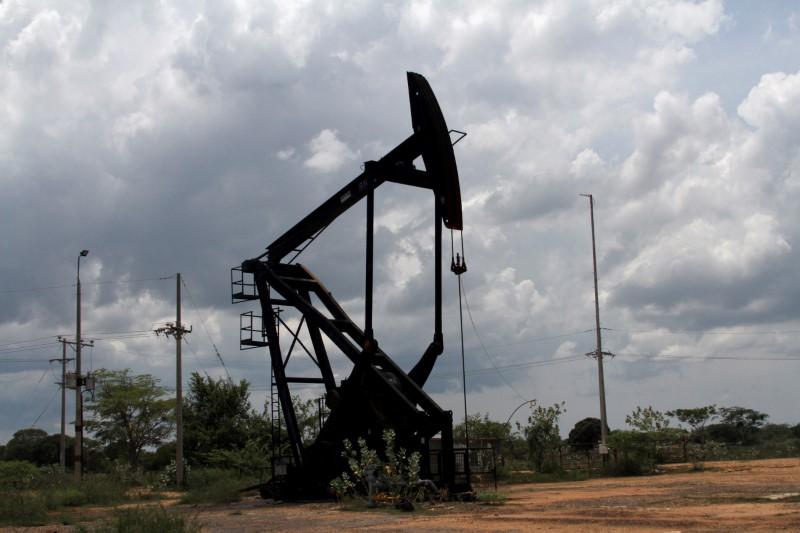 Oil prices slipped for a third day on Wednesday as a surge in U.S. stockpiles reinforced concerns about lackluster global economic growth, while hopes ebbed for any movement on the U.S.-China trade war.

Crude inventories in the United States, the world’s biggest oil user, rose 6 million barrels in the week to Nov. 15 to 445.9 million, data from industry group the American Petroleum Institute showed late on Tuesday.

The increase added to concerns about crude oversupply after Reuters reported that Russia, the world’s second-biggest producer, was unlikely to back deepening output cuts when the Organization of the Petroleum Exporting Countries (OPEC) meets on Dec. 5-6 in Vienna.

Russia and other oil producers have agreed with OPEC to cut 1.2 million barrels per day of output through March to bolster prices, a producer group known as OPEC+.

“The API data also showed U.S. inventories posted a rather robust increase last week, which if confirmed by the EIA report, we could see oil prices continue to slide,” said Edward Moya, an analyst at brokerage OANDA.

Official U.S. government inventory data from the Energy Information Administration is due at 10:30 a.m. EST on Wednesday.

U.S. crude demand has slowed during a protracted trade war with China. Hopes for an end to the dispute in the signing of a so-called Phase 1 agreement between the sides has dimmed amid disagreements over the removal of tariffs.

China on Wednesday also condemned legislation passed by the U.S. Senate aimed at protecting human rights in Hong Kong amid a crackdown on a pro-democracy protest movement.

“(The) fear here is still the trade talk with a lot of pessimism starting to filter through,” said Stephen Innes, market strategist at AxiTrader. “If we don’t get a significant roll-back on tariffs, that’s quite negative.”

Japanese exports tumbled at their quickest pace in three years in October, threatening to tip the trade-reliant economy into recession because of weakening demand from the United States and China.

Crude imports by Japan, the world’s fourth-largest oil buyer, fell 1.3% in October versus a year ago.