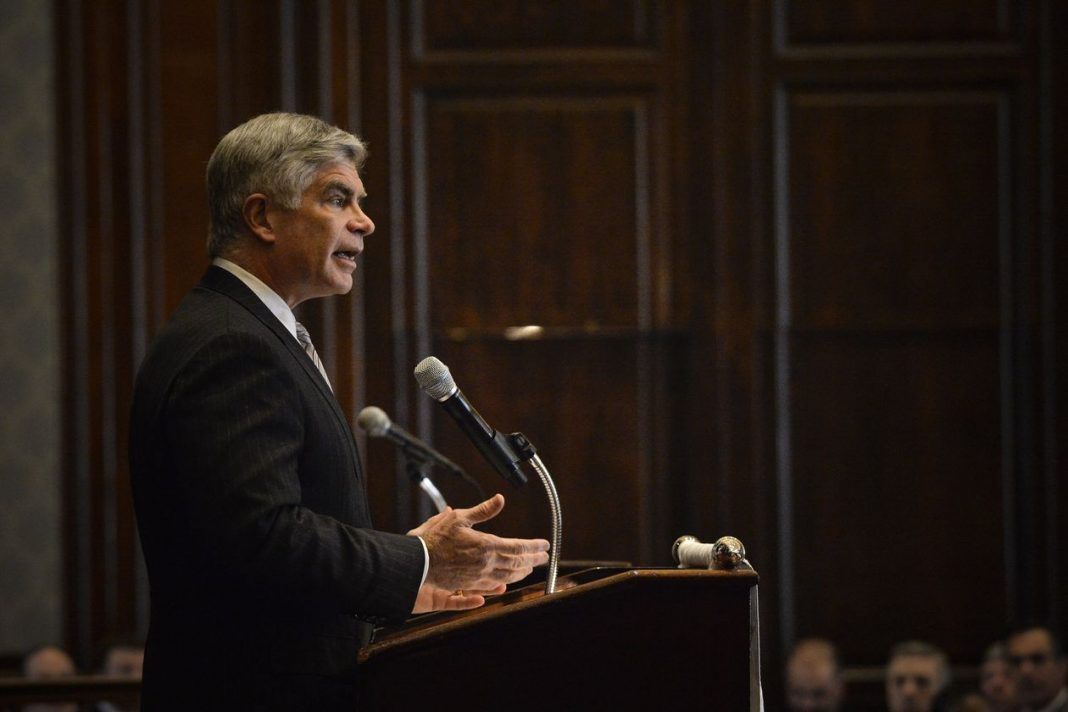 Federal Reserve Bank of Philadelphia President Patrick Harker reiterated that he has opposed the central bank’s rate cuts this year.

At each of the three points the Fed lowered rates “I would have preferred to hold firm,” Mr. Harker said in a speech text to be delivered in Wilmington Del. on Wednesday.

But with the easings now in place, “my own view is that we should hold steady for a while and watch how things unfold before taking any more action,” he said.

Mr. Harker’s comments largely covered the same ground as those made in an appearance in New York on Tuesday. Mr. Harker isn’t currently a voting member of the rate-setting Federal Open Market Committee. On Wednesday, Fed Chairman Jerome Powell said he doesn’t see the need for further rate cuts as long as the economy’s performance meets expectations.

In his remarks, Mr. Harker again said he sees growth just over 2% next year, with the jobless rate moving back up to around 4%. He also sees inflation rising back to 2%.

US producer prices were unchanged in November; underlying inflation soft