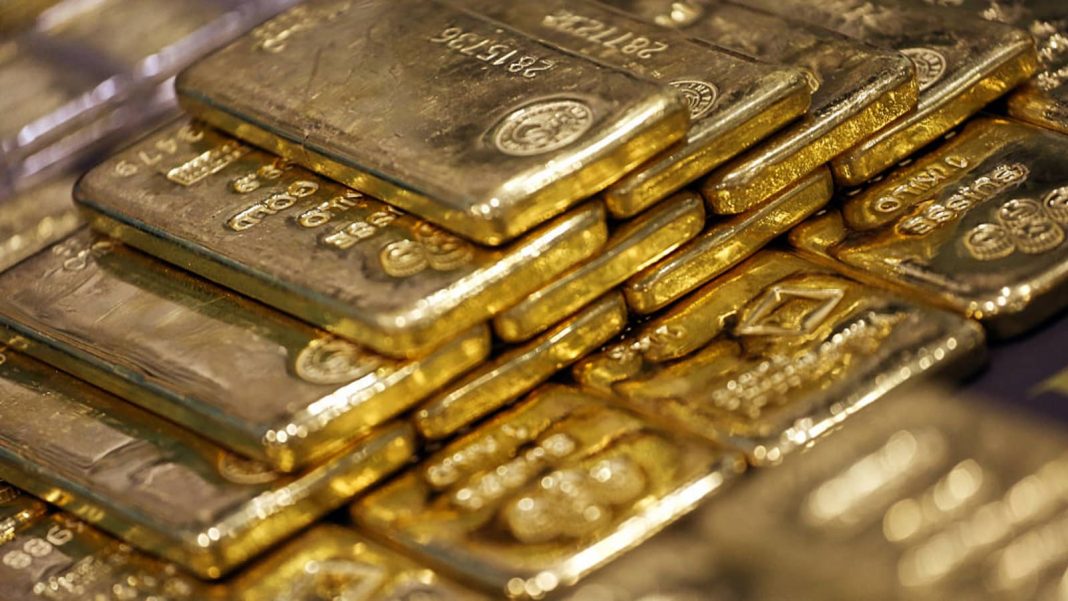 Gold prices rallied earlier in the week to stop just a tad below late-June highs registered last week around $1,825. The bullion failed to challenge the barrier and saw some profit-taking instead to settle below the $1,800 psychological level ahead of the weekend. During the recent retreat, the XAUUSD pair found support around $1,785 where the 20- and 200-DMAs converge. Gold tries to regain the upside bias ahead of the weekend, but investors look indecisive at this stage.

The recent slide in the gold market was due to fresh economic data out of the United States. The country’s GDP rebounded faster in the third quarter, rising 3.2% against the previously estimated 2.9%. A separate report showed that new claims for unemployment benefits increased less than expected last week. Upbeat figures potentially set the Federal Reserve on a path to keep raising interest rates, thus pressuring the non-yielding yellow metal.

On the weekly charts, gold has been oscillating around the 100-SMA for the third week in a row, struggling for direction, albeit retaining a bullish bias after solid gains registered in November. Previously, the precious metal saw a seven-month losing streak as the greenback rallied strongly across the board due to Fed’s hawkishness.

The USD index has reversed since then, losing ground since November. The buck was rejected from the 115.00 area to notch almost six-month lows around 103.50 earlier this month. However, the US currency is still higher for the year, up about 10%.

Technically, XAUUSD looks ready for further bullish attempts in the near term, but it is worth noting that many market participants are absent now for the festive break. As thin markets are often vulnerable to exaggerated moves on low volumes, some short-term volatility could be expected in the near term.

Upbeat economic reports lift investor sentiment ahead of the weekend