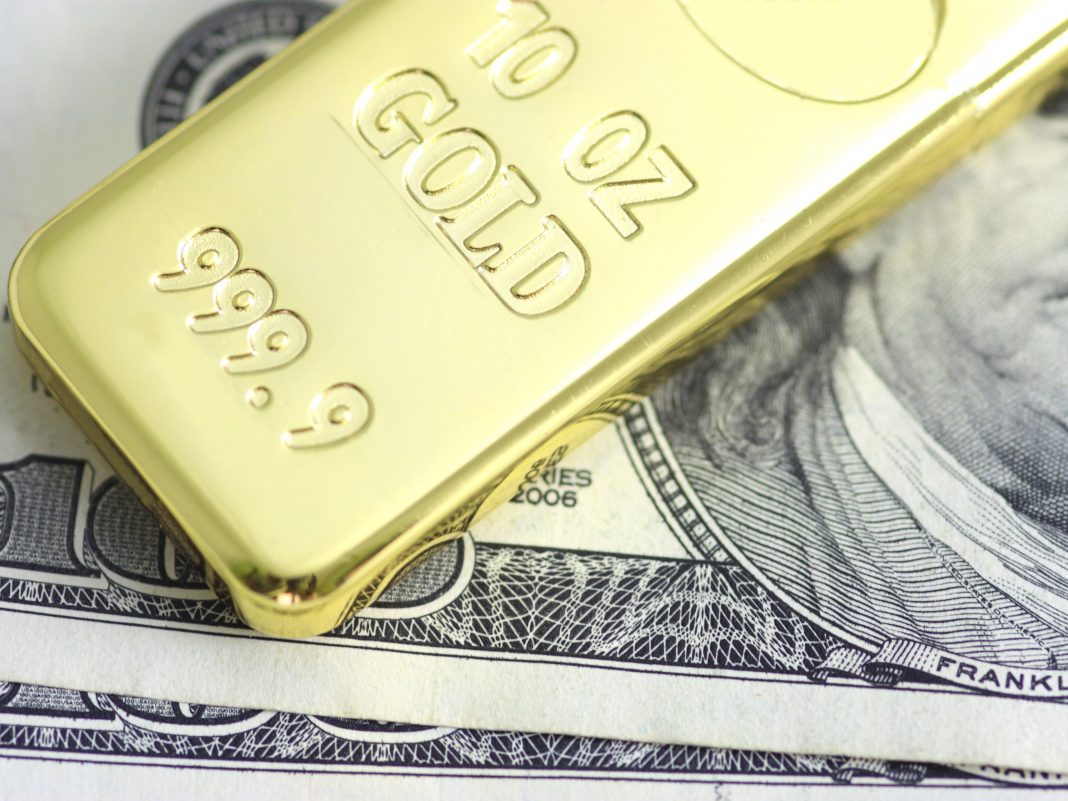 Gold prices have steadied on Friday after three days of gains, with investors getting more cautious as all eyes are on Fed chair Powell’s speech at the Jackson Hole symposium that will set the tone for the precious metal through the dollar’s reaction to the event.

Also, gold was pressured by upbeat economic readings out of the United States. Second-quarter GDP showed a smaller contraction than initially expected, while US jobless claims declined for the second week in a row. As such, the economic signals give the central bank more space to continue its aggressive pace of tightening, especially as inflation remains elevated.

For now, traders are pricing in a 61% chance that the US central bank will hike rates by another 75 basis points at its September meeting. The metal could regain demand if the dollar slips in the aftermath of Powell’s speech should express any concerns about the impact of the monetary tightening.

The bullion peaked at $1,765 on Thursday before retreating marginally. Still, the prices hold above the $1,750 zone that represents the immediate support at this stage. A failure to hold above this level would bring the recent lows below $1,730 back into the market focus.

On the upside, the directionless 20-DMA represents the key short-term target for gold. A decisive break above this moving average, today at $1,770, would pave the way towards the $1,800 barrier last seen in mid-August. In a wider picture, the downtrend from all-time peaks seen above $2,000 in March is likely to continue in the coming weeks or month as the pprecious metal has largely lost out to the dollar as a safe haven this year.