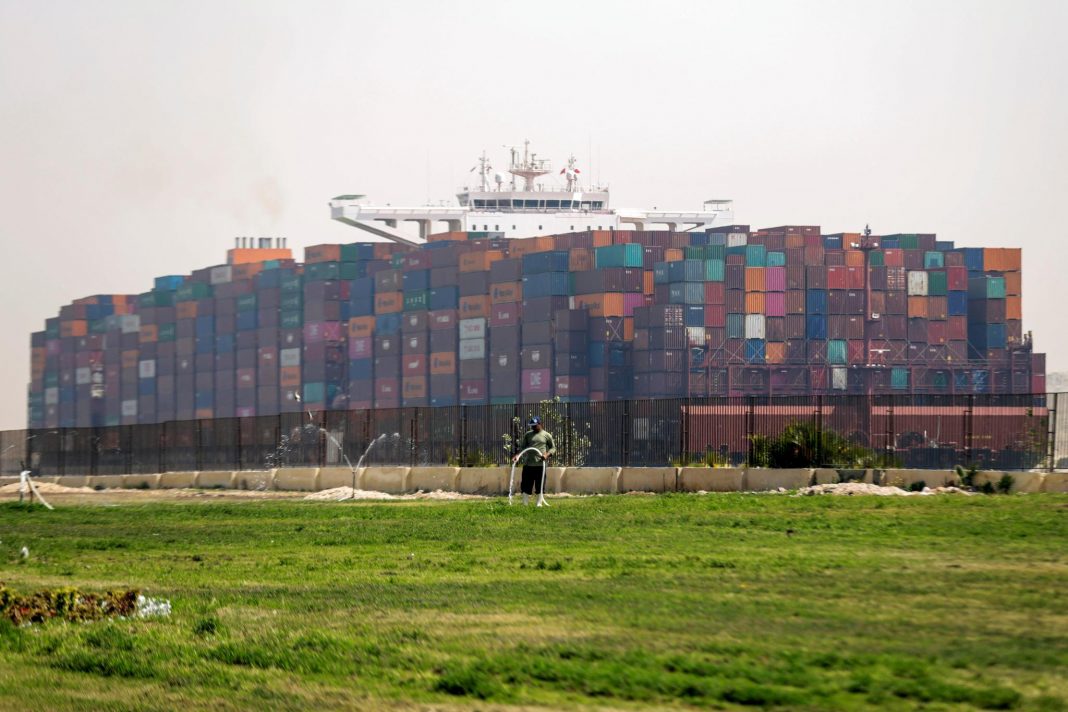 The Suez Canal Authority is considering expanding the southern section of the waterway where the container ship Ever Given became stranded, its chairman said on Tuesday.

It is also looking into procuring cranes that could potentially offload cargo at heights of up to 250 metres (820 ft), Osama Rabie told Reuters in an interview.

“Our procedures are sound, we are just aiming to improve the service,” he said.

The 400-metre-long (1,310 ft) Ever Given became grounded diagonally across the southern section of the canal during high winds on March 23. It remained stuck for six days, preventing hundreds of ships from passing and significantly impacting global trade flows.

After it was dislodged, the ship was taken to a lake that separates two sections of the canal where the Suez Canal Authority (SCA) has been conducting investigations.

Rabie said data from the ship’s recorders had been removed and handed over to an investigation committee, and that the ship would travel on once the procedures were completed.

“We are talking about two or three more days, God willing. But we won’t take much time,” he said.

The SCA has said that it will continue to take ships of the Ever Given’s size and is reinforcing its ability to deal with future problems.