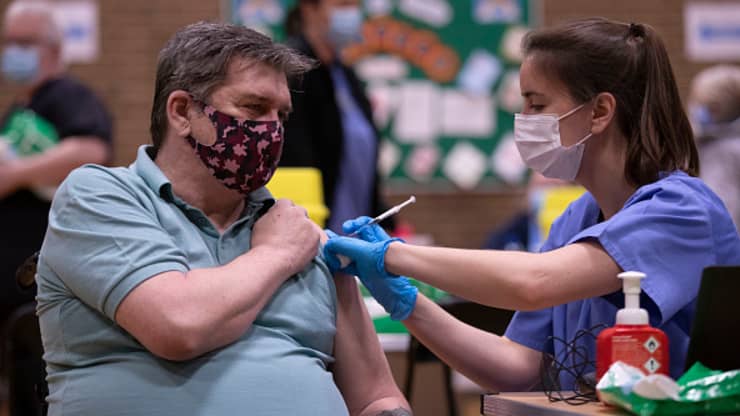 Mutations of the coronavirus could render current vaccines ineffective within a year, according to a majority of epidemiologists, virologists and infectious disease specialists surveyed by the People’s Vaccine Alliance.

The survey of 77 experts from some of the world’s leading academic institutions across 28 countries found that almost a third gave a time frame of nine months or less. Fewer than 1 in 8 said they believed that mutations would never render the current vaccines ineffective.

Two-thirds thought that we had “a year or less before the virus mutates to the extent that the majority of first-generation vaccines are rendered ineffective and new or modified vaccines are required.”

The survey, published Tuesday, was carried out by the People’s Vaccine Alliance — a coalition of over 50 organizations including African Alliance, Oxfam and UNAIDS — that campaigns for equal global access to Covid vaccines.

The overwhelming majority of the experts — 88% — said that persistent low vaccine coverage in many countries would make it more likely for resistant mutations to appear. The People’s Vaccine Alliance warned that, at the current rate of global vaccination programs, only 10% of people in the majority of poor countries would likely be vaccinated in the next year.

A number of Covid vaccines have been developed, tested and authorized for emergency use in the past year. The three vaccines currently in use in the West — from Moderna, Pfizer and BioNTech, and AstraZeneca and the University of Oxford — are being made predominantly in the U.S., U.K. or EU, while China and Russia have developed their own vaccines.

Time is of the essence when it comes to life-saving immunization; the coronavirus pandemic has led to over 127 million Covid infections worldwide and over 2.7 million deaths. The U.S., Brazil, India, France, Russia and the U.K. have been the hardest hit, according to data from Johns Hopkins University.

The spread of more infectious (and in some cases, potentially more deadly) variants of the virus in the latter half of 2020 has made the race to vaccinate as many people as possible a highly charged event. Vaccine developers have already announced that they are developing booster shots to deal with Covid variants that have become more dominant, particularly those first discovered in the U.K., South Africa and Brazil.

The University of Oxford-AstraZeneca shot was hailed as a “game changer” for global immunization as it is cheaper to produce and easier to store and transport than the Moderna and Pfizer shots, although it has hit various stumbling blocks that have damaged public confidence, despite large amounts of clinical data showing that it’s safe and effective at preventing Covid cases, hospitalizations and deaths.

AstraZeneca said it will provide access to its vaccine at no profit for the “duration of the pandemic” and has committed to provide the vaccine on a nonprofit basis in perpetuity to low- and middle-income countries.

Where vaccines are going

The countries where the shots have been developed or manufactured have prioritized the vaccination of their own populations over exporting doses elsewhere, to varying degrees.

Vaccine distribution has already become a source of heightened tensions, even among those with access to millions of doses already, such as the EU and U.K., although both sides have now said they will work toward a “win-win” solution on supplies.

The World Health Organization has led calls for wealthier nations that have been accused of “stockpiling” vaccines to donate doses to its COVAX initiative, which aims to distribute vaccine fairly among poorer nations that are quickly being left behind in the race to protect their populations. The WHO said in January that the world was on the brink of a “catastrophic moral failure” due to the unfair vaccine rollouts.

The People’s Vaccine Alliance survey found that almost three-quarters of those questioned — which included experts from Johns Hopkins University, Yale, Imperial College, London School of Hygiene and Tropical Medicine, Cambridge University and The University of Cape Town — said that the open sharing of technology and intellectual property could increase global vaccine coverage.

The alliance said it was calling for “the lifting of pharmaceutical monopolies and the sharing of technology to urgently boost vaccine supply.”