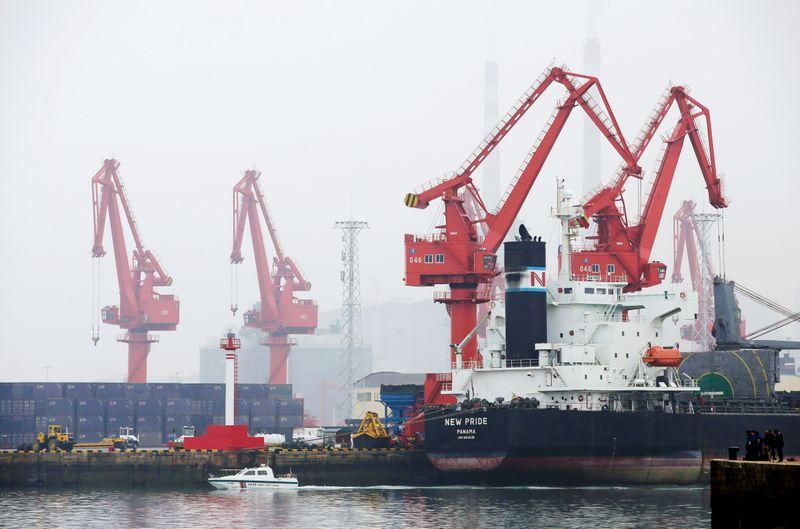 There is both a history lesson and a warning in the latest Chinese data on imports of major commodities.

The history part is that China bought record volumes of crude oil, copper, iron ore and coal in 2020, showing just how vital the world’s biggest buyer of natural resources was in keeping commodity market buoyant in a year when the global coronavirus pandemic threatened to crush demand.

The warning part is that the trade data for the month of December, released on Thursday, shows that China’s massive buying spree appears to be ending, and import demand may be returning to what could be viewed as more “normal” levels.

The risk for commodity markets is that they take China’s 2020 imports as a given for 2021, thereby creating a bullish view when added to the consensus that the rollout of coronavirus vaccines will end the pandemic and lead to a renewed commodity boom.

Of course, one month of relatively weak imports doesn’t herald the start of a new trend, but a concerning factor for crude oil bulls may be that much of the strength in China’s imports last year was because so much oil was bought for storage when prices collapsed as the pandemic spread.

There is a serious question mark over whether Chinese refiners, or the strategic petroleum reserve, will continue buying in 2021 at the same pace as last year.

While Chinese refiners are likely to import more crude this year for processing, as opposed to storage, it’s also worth noting that some of this will simply be exported as refined fuels, which may only serve to displace crude demand elsewhere in Asia.

Another market that was almost single-handedly supported by China last year was copper, with imports of unwrought copper surging 34.2% to 6.68 million tonnes from 2019’s 4.98 million.

But, copper imports in December were 512,332 tonnes, down 8.7% from November. It was the third consecutive monthly decline and the lowest monthly outcome since May.

If China, which accounts for around half of global copper demand, continues to see moderating imports, will the expected recovery in the rest of the world be enough to offset any reduction in Chinese growth.

Imports rose 9.5% in 2020 from the prior year to 1.17 billion tonnes amid strong steel demand as Beijing primed the economy with infrastructure and construction projects to drive renewed growth after the pandemic.

But similar to crude oil and copper, December wasn’t exactly a stellar month for iron ore, with imports at 96.75 million tonnes, down 1.4% from November and 4.5% lower than a year ago.

While the market view is still optimistic for steel demand in China, it’s likely that Beijing will ease back on stimulus in 2021, making it harder to see iron ore imports enjoying another year of strong gains. A year of resilience would likely be a good outcome.

Coal was a bit of an outlier among China’s major commodity imports in December, leaping 235% to 39.08 million tonnes from November’s 11.67 million.

However, the December surge was more about Beijing’s coal policy, and it reversed several months of weak outcomes as the authorities switched from actively discouraging coal imports to green lighting more cargoes to deal with a shortage of the fuel amid a colder-than-usual winter.

China’s coal imports are likely to remain hostage to policy makers in 2021, making it virtually impossible to make any forecasts, other than to note that the overall official preference is for imports to weaken over time.

Overall, it’s clear that China largely rescued commodity market volumes in 2020 by boosting imports, but this level of demand isn’t guaranteed in 2021, especially in crude oil and copper where it is likely that much of the increase in purchases last year was directed into inventories.