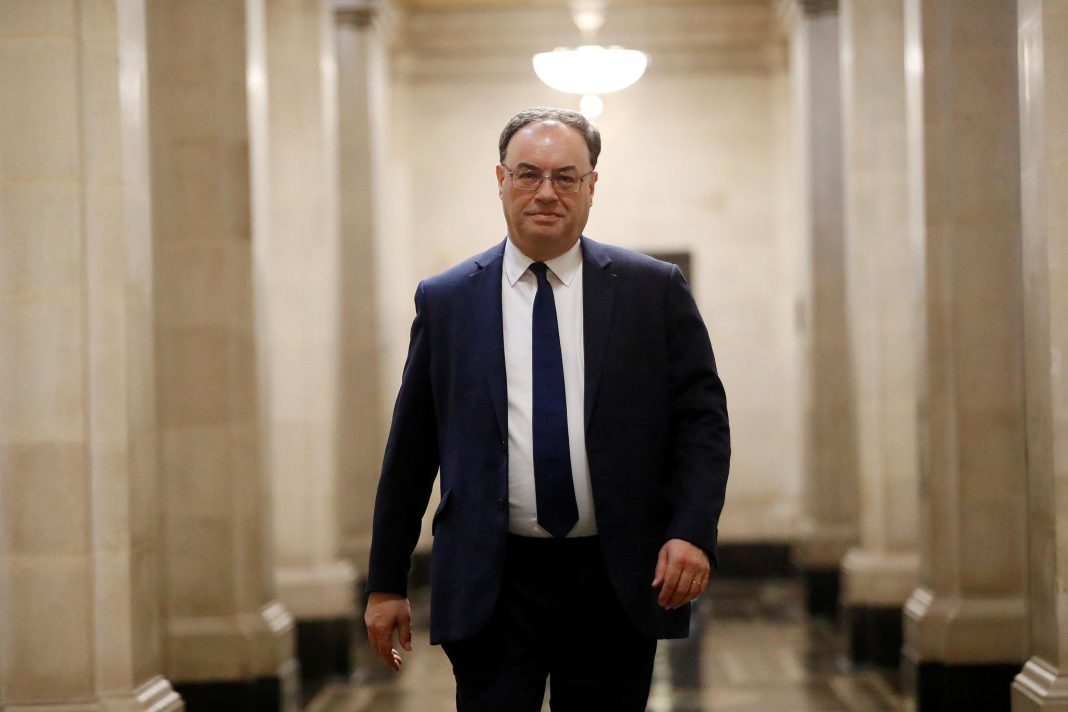 Bank of England Governor Andrew Bailey said on Tuesday that Britain’s economy was facing its “darkest hour”, and played down suggestions that cutting interest rates below zero would be a straightforward way to boost growth.

He said a resurgence in COVID-19 cases meant there would be a difficult few months ahead – although a recovery was within sight once COVID-19 vaccines were rolled out.

His comments followed finance minister Rishi Sunak’s warning on Monday that the economy would likely get worse before it got better, with the country now in its third national lockdown and struggling to contain the spread of the coronavirus.

“There’s an old saying about the darkest hour is the one before dawn,” Bailey said in an online speech to the Scottish Chambers of Commerce.

“(We’re) in a very difficult period at the moment and there’s no question that it’s going to delay, probably, the trajectory.”

He declined to say if this pointed towards more stimulus at the BoE’s Feb. 4 policy decision, stressing that officials would have a lot more data to review before then.

Sterling jumped against the euro and dollar as Bailey said there were “lots of issues” with negative interest rates, the merits of which are being debated by members of the Monetary Policy Committee. [GBP/]

Most economists think Britain’s economy is likely to tip back into recession – shrinking in the final quarter of 2020 and the first quarter of 2021 – following a record 25% fall in output in the first two months of lockdown last year.

Bailey said the BoE’s “best guess” was that economic output in the last three months of 2020 was flat to slightly down.

Bailey also said that he believed Britain’s official jobless statistics understated the true rate of unemployment, due to the difficulty surveys currently had distinguishing between jobless people who were and were not actively seeking work.

The true unemployment rate was probably closer to 6.5% than the 4.9% in the latest official figures, he said.

Bailey said economic activity during the first quarter would be depressed until COVID-19 vaccines were widespread enough to allow some lockdown restrictions to ease, but the economy was still likely to recover broadly as expected last year.

The death toll in the United Kingdom has been soaring and now stands in excess of 81,000 – the world’s fifth-highest official toll – while more than 3 million people have tested positive.

Bailey struck a more sceptical tone on the possibility of bringing negative interest rates to Britain than fellow BoE rate-setter Silvana Tenreyro who on Monday outlined possible benefits from such a policy.

“In simple economics and maths terms, there is nothing to stop it at all. However there are a lot of issues with it,” he said.

Bailey said negative rates – the subject of a feasibility review by the BoE – would complicate banks’ efforts to earn a rate of return, potentially hurting their lending to companies, and that it was not easy to draw a direct parallel with similar action in the euro zone.

Bailey also said the BoE had seen anecdotal evidence of disruption caused by Britain’s departure from the European Union at the turn of the year, and it was hard to tell how serious this would prove as early January typically represented a lull in freight traffic.