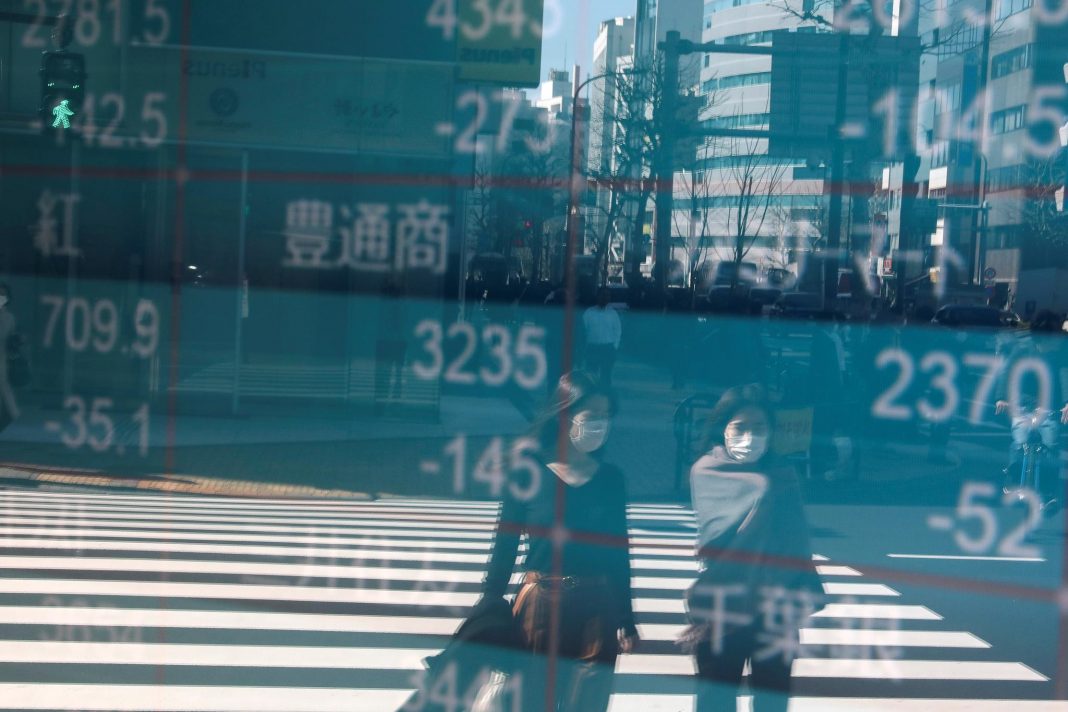 World stocks edged closer to recent record highs and Asian shares hit a record peak on Wednesday, as investors bet on a strong economic recovery next year, with the upbeat mood pushing the safe-haven dollar to its lowest since April 2018.

Europe’s main markets were hoping for a sixth straight session of gains as AstraZeneca and Oxford University’s coronavirus vaccine became the second to be approved by Britain, helping the FTSE 100 add as much as 0.2% early on.

A new, more transmittable variant of the virus is spreading rapidly but European Union countries have also begun rolling out Pfizer and BioNTech’s vaccine this week.

Wall Street was set to open higher, too, with S&P 500 futures up 0.4%. U.S. stocks had retreated from an intraday record high on Tuesday after Senate Majority Leader Mitch McConnell had put off a vote on President Donald Trump’s call to increase COVID-19 relief checks.

MSCI’s world stocks index remained upbeat, however, up 0.2% and within touching distance of the record highs it had set on Tuesday.

The index is up 14% this year and nearly 70% from its March lows, boosted by trillions of dollars in global economic stimulus and hopes that coronavirus vaccines will re-open locked-down economies.

“The prospect of more rapid and widespread inoculation will be a shot of confidence to markets as the COVID-19 struggle intensifies,” said Janet Mui, investment director at wealth manager Brewin Dolphin.

Away from the virus worries, British lawmakers were set to vote on the UK-European Union trade deal later on Wednesday, a day before a Brexit transition arrangement expires.

MSCI’s gauge of Asia-Pacific shares excluding Japan rose 1.4% to a record high, led by gains in Chinese shares and bringing its gains this year to 19%.

Conviction that global monetary authorities will continue to pump liquidity into the banking system to support the pandemic-stricken economy underpin risk assets.

Although many Republican Senators in the United States remain adamantly opposed to increasing relief payments, support is growing among them, including two from Georgia, who are running in crucial races that will determine who will control the Senate.

In currency markets, the dollar’s weakness continued. It dropped again on Wednesday, the first day where settlement of trades will be in 2021.

“The start of COVID‑19 immunization campaigns in several countries as well as additional U.S. fiscal support reduce downside risk to the global economy and bode well for general financial market sentiment,” analysts at Commonwealth Bank of Australia said in a note.