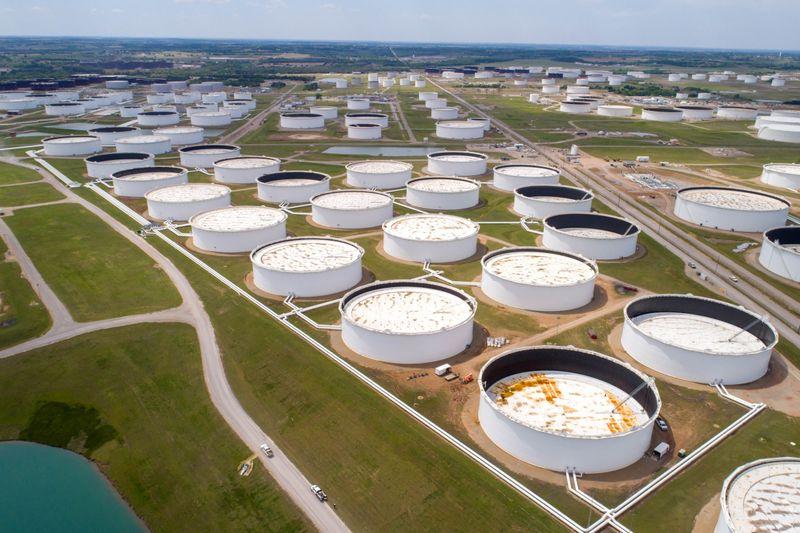 “Oil prices have remained supported by a weaker U.S. dollar overnight and have finally found a friend in the API inventory report,” said Stephen Innes, chief global market strategist at Axi, a broker.

“This morning the American Petroleum Institute reported a much larger draw versus consensus in crude oil inventories for the week ending December 25.”

The dollar slumped to multi-year lows against many currencies as traders looked past a new delay in U.S. stimulus cheques and maintained bets that additional financial aid was still likely. [USD]

Asian shares hit a record high with investors betting on a strong economic recovery next year, as there is little sign policymakers wind back massive stimulus efforts aimed at staving off coronavirus-fuelled downturns. [MKTS/GLOB]

Oil prices could gain more strength as vaccination programmes around the world begin next year, allowing countries to relax restrictions on movement and business activity.

In the short-term, concerns over coronavirus lockdowns are likely to cap gains.

A new variant of the virus in the United Kingdom has led to the reimposition of movement restrictions, hitting near-term demand and weighing on prices, while hospitalizations and infections have surged in parts of Europe and Africa.

Fossil-fuel demand in coming years could remain softer even after the pandemic as countries seek to limit emissions to slow climate change. Major oil companies, such as BP Plc and Total SE, published forecasts that include scenarios where global oil demand may have peaked in 2019.

A Jan. 4 meeting of the Organization of the Petroleum Exporting Countries (OPEC) and allies including Russia, a group known as OPEC+, also looms over the market.

OPEC+ is tapering record oil output cuts made this year to support the market. The group is set to boost output by 500,000 barrels per day (bpd) in January, and Russia supports another increase of the same amount in February.